What is GameFi and its betting opportunities?

GameFi is changing the world of gaming and finance GameFi is changing the world of gaming and finance. However, there might be much more to expect from this new trend in the online betting world.

GameFi has become more common as a result of recent advances, prompting us to take a deeper look at the space between Defi and blockchain-based gaming. To understand Gamefi and its possible betting opportunities you'd need to understand NTF and crypto betting. In this article, we take a look at everything related to GameFi and what the future could probably hold for bettors.

The financialization of video games is referred to as GameFi. As you may guess, GameFi is a combination of the words "game" and "finance," akin to the popular crypto phrase DeFi, or decentralized finance.

GameFi is a broad concept, and as we'll see later in this article, different titles that are called GameFi may have completely different financial aspects. Some blockchain games, for example, compensate players for performing in-game objectives, while others facilitate revenue production from a player's numerous assets.

It's vital to remember that GameFi isn't a betting platform. To earn money, players in the games we consider to be part of this burgeoning sector must use a combination of skill and strategy. Although luck plays a role in these games, it is not the most important aspect in determining who wins or qualifies for a prize.

Of course, if you've never played an NTF, you may wonder if Gamefi offerings function the same way as crypto betting. However, there is a clear difference between staking to win crypto and performing tasks in a game to earn crypto. Below is how Gamefi works:

Today, GameFi is available in a variety of formats. As a result, the methods by which gamers can earn money from their games differ. There are, nonetheless, a few key elements worth addressing. Many of today's most common blockchain games employ a combination of the following characteristics to monetize the activity.

Players in some blockchain games are rewarded financially for accomplishing game goals. The monies awarded in these play-to-earn games are usually sourced from a smart contract's native token reserve.

For instance, a fraction of the AXS token in the extremely popular Ethereum-based video game Axie Infinity is set aside to compensate players for the following actions:

The idea of ownership of limited digital assets is at the heart of many blockchain games these days. Bitcoin used the blockchain to introduce digital scarcity, and NFT technology built on that. NFTs can be used to represent a variety of assets, both digital and real, as well as in-game goods.

Digital ownership of one-of-a-kind goods opens up previously unimaginable economic possibilities. For example, in CryptoKitties or Axie Infinity, users can breed two NFT-based creatures to generate a third monster. They can then use this new asset to take advantage of a game's play-to-earn features, sell or lease it to other players, and split any cash made between borrowers and owners.

Online virtual worlds, often known as metaverses, allow their inhabitants to monetize their time through asset ownership, despite not being games in the strictest sense. The concept of land ownership is at the center of locations like Cryptovoxels, The Sandbox, and Decentraland, and these plots can freely trade secondary markets.

Landlords can monetize their plots in similar ways to how they can in the real world. In addition to selling the land outright, they can create a revenue-generating attraction or lease it to someone else to commercialize. You can notice many attempts to commercialize land if you go around one of these virtual public environments. Casinos, virtual shops, and music venues are just a few examples.

Surprisingly, these planets are beginning to see the emergence of economies. In March 2021, the Tominoya Casino in Decentraland, for example, hired genuine employees to meet customers and provide general service. This is a pattern that many people believe will continue. Some experts predict that the "metaverse economy" would eventually outnumber the real-world economy as individuals invest in the new opportunities offered by these virtual realms.

The future of GameFi

Although its roots in the early days of bitcoin, GameFi is just now beginning to gain public acceptance. The performance of Axie Infinity, another of the niche's flagship titles, effectively demonstrates the niche's rise. Axie Infinity emerged as the first blockchain game to cross $1 billion in total token sales in August 2021, with one-fifth of those purchases occurring in a single week and has more than a million daily users players.

While early blockchain games struggled to gain traction with the general public, the technology that underpins them has progressed to the point where new GameFi offerings are attracting enormous audiences. According to several industry observers, gaming is the most likely pathway to mainstream blockchain adoption.

The concept of limited digital commodities, tokenization, and in-game currencies is already well-known among the world's 2.7 billion video gamers. Meanwhile, blockchain technology empowers these players in ways that benefit them both financially and in terms of the growth of a game. As a result, it's not impossible to imagine GameFi devouring a growing portion of the $175 billion worldwide video game market.

Indeed, the Blockchain Gaming Alliance, which aims to raise awareness of GameFi, already has some significant members, including Ubisoft and AMD, a major game company. In fact, in May 2021, Ubisoft announced that GameFi would be the centerpiece of its sixth Entrepreneurs Lab event.

As for betting and GameFi, there is no indication that betting will be a way to earn crypto while playing this kind of game. However, there's a chance that in the next few months or even years, casino games may integrate the Gamefi reward technique.

1 Retail Trading Era: Return to Normalcy Harkens Shift 2 Forex Trading: What Is Forex? 3 The US Dollar Jumps as Energy Soars, Equities Struggle.... 4 US Dollar Pre-NFP Price Action Setups: EUR/USD, GBP/USD,... 5 Xavier Bertrand: bad polls, zizanie on the right...... 6 The Hail: what is in the letter left by the serial... 7 Vueling: the company launches 32 new routes to 10... 8 Daniel Craig: his tips for the next James Bond 9 Bitcoin (BTC), Consolidates Hefty Gains; Shiba Inu(SHIB)... 10 Parcoursup 2021-2022: the calendar is known 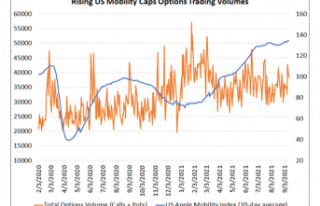