Borders and Covid : the French soon be banned travel in Europe ?

If Emmanuel Macron has made no announcement regarding the travels in Europe of the approach of the holiday of Easter, the minister delegate in charge of Transpo If Emmanuel Macron has made no announcement regarding the travels in Europe of the approach of the holiday of Easter, the minister delegate in charge of Transport says that to take the plane to travel to a country of the EU is currently still possible but may not last.

[updated April 2, 2021 at 10: 20] The pandemic of Covid-19 has done to this day about 2.8 million deaths in the world. France has closed its borders to countries outside of the european Union at the end of January, except for compelling reasons. A PCR test negative is always required for any entry into the territory from a country of the EU. If Emmanuel Macron has not made a new announcement about it during his televised speech Wednesday 31 march, the minister delegate in charge of Transport has given a few details this Friday at the microphone of Europe 1.

Asked about the fact that it was still possible to book a plane ticket to travel to a european country, Jean-Baptiste Djebbari said : "It is a theoretical possibility. You can actually do with a PCR test negative. But more and more countries apply restrictions, including quarantines on arrival. It is very deterrent" as in Italy. "In practice, it is used very little," says the minister. While we confinement national is put in place to avoid to the maximum displacement, a turn of the screw could be announced: "the question is not clear, we will discuss this (Friday) morning, a decision will be made today"

on The side of Europe, the controls are strengthened since march 30, at the franco-Spanish border. Now, French motorists who do not have a PCR test negative in less than 72 hours must make a u-turn. So far, only passengers by air or train, had to submit to it. The controls are not systematic, but the offenders risk a fine of 600 up to several thousands of euros. Portugal provides a quatorzaine of 14 days at his arrivals from Thursday, April 1,

The netherlands and Belgium also include a quarantine of ten days, and Germany, five days. Finally, Italy has to enact a quarantine also for five days, with a second test is required at the end of this period.

What are the countries where the French can make ?

The medical situation evolving day by day around the world and cases of contamination that may one day to the other to compel the authorities of a country to change the rules in the application, it is recommended to every Frenchman to visit the website of the Quai d'orsay to get detailed information on the reopening of the borders of each country. On this page, a search engine that allows you to quickly see the current regulations by entering a destination. For overseas territories, Jean Castex has reminded us of the need to present a negative test prior to departure, indicating that the rules vary by community.

What are the European countries that open their borders to French ? For detailed information on the destinations in france available to the French, go to the site "https://reopen.europa.eu/fr/". Spain reopened its land borders, air and rail with the rest of the EU. Any passenger wishing to travel in Spain by plane will however need to fill in a form for personal and non-transferable : once this form is completed and signed, the traveler will receive a QR code associated with his journey that he must keep on his mobile phone, or print, in order to be able to pass the health control at the airport. A PCR test performed less than 72 hours prior to arrival and that the result should be negative, which is required at the input of the Spanish territory by air, sea, and now on earth. The Spanish authorities announced Saturday that a PCR test negative in less than 72 hours would now be required for all persons wishing to cross the border French terrestrial to visit in Spain. This measure, which will take effect Tuesday, march 30, comes at a time when Spain is stepping up restrictions in the hope of avoiding an increase of cases of infection to Covid-19 during the holy Week. Germany has ranked France in the high-risk area in the face of the pandemic of Covid, which should lead to restrictions on the entry into its territory from the obligation to present a negative test at the entrance on the territory of germany, to the quarantine in Germany for 10 days, even with the imposition of strict controls at the borders. Belgium has banned international travel for all of its citizens, up to Monday 1st April 2021, and has strengthened its controls at the border with France. Because of the evolution of the pandemic of Covid-19 in France, the Portugal does not allow travel for reasons essential to travelers from France, with the requirement that a test RT-PCR negative dating for less than 72 h at the time of boarding, and the requirement of an isolation for 14 days at home or in an institution designated by the Portuguese authorities. Given the evolution of the pandemic in United Kingdom , only will be permitted to Date Of Update: 02 April 2021, 09:57 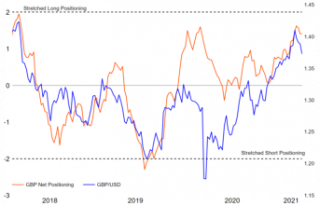