Where to go on a city break in Europe or for a long weekend in the sun ? Lisbon, Rome, London, Marrakech, Barcelona, Amsterdam, Venice... Discover our travel id The city break allows you to discover a new destination for a long weekend. In a city or in a village, near the sea or a natural park, in Europe or elsewhere, the principle of the city break is to visit and discover new places without having to take too many holidays. If you want to go on a city break for more than two days, you can take advantage of public holidays for and possible bridges to go on an extended weekend. Do you like the city break? Find our ideas of must-see destinations, sunny or trendy where to go for a few days. < / p > What is a city break ? < p> Very popular in recent years, the city break refers to a short stay, most often in a city. Often transplanted to a weekend, it usually lasts from 2 to 5 days. By going on a city break once or several times a year, you can take a break from your daily rhythm and change your mind by discovering a new destination just a few hours by plane or train from your departure city. < / p > Where to go cheap in city break ? See photos < h3> The cheapest destinations in Europe for a city break

Between tempting offers from low-cost airlines, last-minute deals and promotions on transport and accommodation, it's hard to resist the appeal of the city break. To leave cheap and manage your budget, it is interesting to look at the price of air tickets but also the cost of living once there. On the airline side, Ryanair offers the lowest fares in Europe with one-way flights from 9 euros to Barcelona, Milan, Dublin or Malta. Very attractive prices that obviously vary depending on the chosen period and your departure airport. You can also look at the destinations and fares offered by Transavia, Vueling and easyJet, other low cost airlines. On the side of the cheapest destinations in Europe for a city break, it is the cities of the Eastern countries that are generally the most affordable. Vilnius, Belgrade, Warsaw, Riga, Prague, Bratislava... Count on average 200 euros for two days on site for a couple, hotel, meals, transport and outings included. < / p > What are the best city break destinations in Europe?

Where to go on a city break in Europe ? If your budget and your desires are obviously to take into account, some European destinations are simply unavoidable and worth a visit for a weekend. Combining cultural and historical richness, lively neighborhoods, good food and shopping addresses, these cities attract millions of travelers throughout the year looking to spend a weekend away from home without having to go to the other side of the world. In Europe, you can plan a city break in a capital or major tourist city: Berlin, Helsinki, Venice, Budapest, Copenhagen, Prague, Stockholm... Discover in our travel guides below our selection of the best city break destinations in Europe. < / p> < h3> Barcelona < / h3 > < h3 > Lisbon

Amsterdam < / h3> What are the best city break destinations in the sun ?

< p > A city break can also be an opportunity to fly to a trendy destination where you have not yet had the opportunity to put down your suitcases. During a weekend of two to five days, you can discover the islands and the sublime natural sites of Malta, the cities and archaeological sites of Turkey or the natural parks and villages typical of the region of Puglia in Italy. < / p>

1 How to trade after a news release 2 The US Jobs Data May Show a Drop in Gold Prices, Even... 3 Nikkei 225 Up as Japan PM Suga Quits, US Jobs Data... 4 Sanitary pass: anti-pass protests in Paris and throughout... 5 Gas prices: why they rise (again) 6 Euro Forecast: EUR/USD Outlook Bearish; Doves to Overvote... 7 Camarilla Pivots Indicator for MT4 8 Colored MA Indicator for MT4 9 Bitcoin (BTC/USD) Finds Support above $45,000 after... 10 Unidragon Jigsaw Puzzle Blog 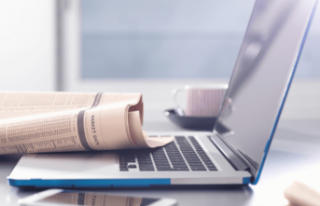 How to trade after a news release