Too much pesticides in the French bread

Additives, residues of pesticides or mycotoxins: the country of the French baguette, some breads contain controversial substances - which do not, however, the r 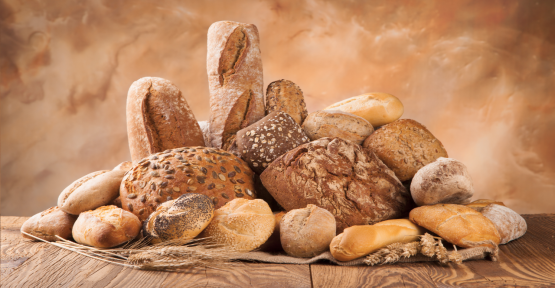 Additives, residues of pesticides or mycotoxins: the country of the French baguette, some breads contain controversial substances - which do not, however, the regulatory limits, " says a French magazine that has tested 65 references.

From traditional baguettes to loaves of bread and all forms of country breads, the magazine 60 Million consumers, against the consumer organization of the same name, tested a total of 65 references sold in bakeries-craft, franchises and big-box stores.

His verdict: "more than half" of the panel shows residues of pesticides that were able to be quantified in 14 references, especially in bread, and breads. Some of the detected substances are recognized as endocrine disrupting or suspected of being", points out 60 Million consumers, which has, however, indicated to the AFP, that "no exceedance of regulatory threshold" has been identified.

many references tested also contain mycotoxins that are "below regulatory limits", except for two references. The review was also critical of the presence of additives in the amount "much higher" for some specialty breads, which, although permitted, are "suspected cause of the side effects" beyond "a certain amount ingested".

" ALSO READ - Finished the sandwich baguette, place the madness of the bread

The presence of salt, finally, is also denounced in too great a quantity on all of the products tested, in particular in the sticks, "says the journal," for which he "would be a great time to set a prescribed rate," given the negative effects of excess salt on health.

1 Despite its cooperation with the censorship, the Bing... 2 The public hospitals are demanding more ways 3 What you need to know about the case Spanghero, whose... 4 In Davos, Bruno Le Maire, defends a world tax on corporations 5 Nuclear, consumption reduction... France unveils its... 6 France will be the output of glyphosate to 80% in... 7 Bercy prepares behind the scenes its restructuring... 8 Withholding at the source : beware of scams by e-mail 9 Greenpeace has filed a smoke on the nuclear site of... 10 Deduction at source: the moment of truth

Despite its cooperation with the censorship, the Bing...