Great debate: 88% of the French to re-index the small pensions on inflation 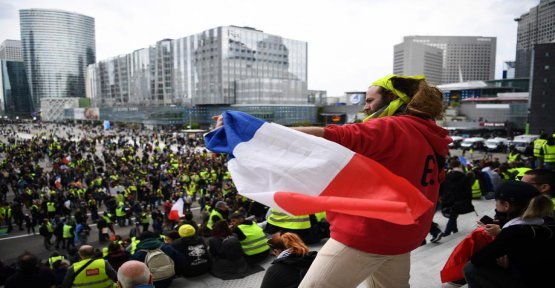 Nearly nine in ten French people (88% and 87%) consider it necessary to re-index the small pensions on inflation and forcing the doctors to settle in the medical deserts, after the great debate, according to an Ifop poll for The Journal du dimanche.

A strong majority also argues for a general reduction of the tax on income (82%) and the removal of the "fee tv" (80%), according to this study, based on nine measures extracted from the many ideas generated during the public consultation.

More than three French out of four are in favour of the "easing of conditions for citizens to propose a referendum (76%) and 72% opted for "a single allocation in the direction of those who would merge all forms of social aid available".

The French also call for the return of doctors in the medical deserts.

One of the nine measures subject to this study is not approved: it is the removal of the ENA school of training of the elites of the State, to which 54% of French people are opposed to it. Only 39% are in favour. 7% did not respond.

Then Emmanuel Macron must make his announcement post-the great debate (probably Monday, April 15), 85% of respondents are of the opinion that it needs to change its attention to the concerns of the French, a figure that is stable compared to a similar study conducted in November.

82% felt that the chief of the State must change its policy of economic and social (+4%), while they are 71% to think that it must change its way of speaking to the contact of the French (80% in November).

" ALSO READ - At the Elysée palace, last-minute preparations before speech

1 More than one employee in two states to make overtime... 2 Europe 1.fr: the strikers disappointed by their meeting... 3 Know all about the labour Code in a few clicks 4 Privatisation of ADP : the most difficult starts 5 The plan, Yes.sncf to go to the very high speed 6 Game of Thrones : the incredible business of the derivatives... 7 Game of Thrones: how to avoid spoilers on the Internet... 8 Investments : the French are deserting their actions... 9 YouTube has associated the fire of Our Lady to the... 10 Notre-Dame-des-Landes : Vinci calls for hundreds of...

More than one employee in two states to make overtime...