The giant Facebook has been at the heart these last few months of many controversies. His boss in France, Laurent Solly, gave a long interview to the Parisien, 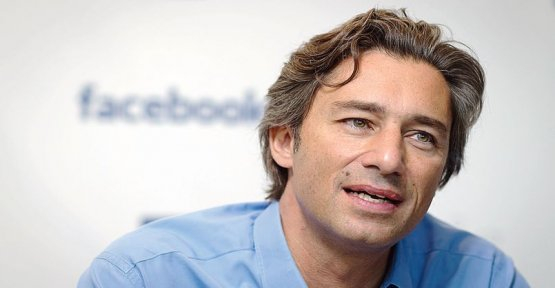 The giant Facebook has been at the heart these last few months of many controversies. His boss in France, Laurent Solly, gave a long interview to the Parisien, in order to discuss the topics that make people angry. The protection of personal data is the priority of Facebook.

"We are trying constantly to draw lessons from what happened and improve," said Laurent Solly. There were sometimes errors, or third parties that have used information from Facebook without permission. This involves better tools, human and technological resources that we have been developing for years, and well before the business Cambridge Analytica. "Facebook also leads a merciless fight against illegal content. "Every day, hundreds of millions of texts, photos and videos are posted on Facebook, says Solly. When they are reported, they are scrutinized and analyzed by 30,000 security officers and moderators, of which more than 23,000 have been hired in the last year. On 10 000 content posted, 23 to 27 are considered to be violent.

The "Fake news" and other "infox" are also more than ever a priority. Over the last six months of 2018, $ 1.5 billion of fake accounts of fake pages have been deleted, several million per day. "The good conduct of the european elections of may 26, is a major issue for us," said Laurent Solly. Our devices will be further strengthened by the opening of an operations centre in Dublin, where all our teams will be collected for 24-hour/24-HOUR get out the fake pages, to identify any attempted interference, including foreign. If we discover one, we will say where it comes from. "

On taxes, things will change for Facebook France, which had paid "only" € 1.9 million in 2017. "Facebook has changed considerably in the past 6 years. When we arrived in Paris, we were 20 people, " observes Laurent Solly. The bulk of the revenue of Facebook was conducted by an international headquarters in Dublin. But Facebook has grown, Facebook has changed. We have hired, we became a company based in France (...) Facebook will pay more taxes in France. And I'll tell you something : this is normal."

1 Elon Musk ended his dispute with the constable american... 2 Trader, a business that is increasingly threatened... 3 Private life: airlines are causing controversy in... 4 Shot of plane on the bonuses in the big French banks... 5 These tax loopholes for companies that the government... 6 Reasons to Always Adapt to Changes for Your Business 7 Ways to Do Better on Your Next Presentation 8 Holidays : how much do they cost the economy ? 9 Near stores innervated by the delivery Point Relay... 10 1st of May: the trade union organisations are mobilising...

Elon Musk ended his dispute with the constable american...