Orange, Telefónica and Vodafone rule out replicating the employment adjustments of technology companies in 2023

Government, unions and operators agree on the need to reform the legislation.

Government, unions and operators agree on the need to reform the legislation

The top managers of Orange, Telefónica and Vodafone in Spain have ruled out this Monday at a congress organized by UGT in Madrid to replicate the employment adjustments that technology companies have made in recent months.

"We have no plans. The future for us is to finish the discussions with Europe to finalize the merger with MásMóvil. It is clearly what we are concentrating on," said the CEO of Orange Spain, Jean-François Fallacher.

For his part, the president of Telefónica Spain, Emilio Gayo, has stressed that Telefónica has no plans in this regard, while the CEO of Vodafone Spain, Colman Deegan, has also ruled them out in his company.

Likewise, the general secretary of the UGT Federation of Services, Mobility and Commerce, Antonio Oviedo, has celebrated the lack of adjustment plans, but has criticized that "the duck is always paid by the same" at times of losses in companies, in reference to the staff adjustments made by the three firms last year.

The three main companies in the telecommunications sector in Spain have met at this UGT event to demand a "fair contribution" from the great digital giants to maintenance and investment in networks.

The event 'Fair contribution: one more step for the future of telecommunications' has also had the participation in video of the First Vice President and Minister of Economic Affairs, Nadia Calviño, and the General Secretary of UGT, José María Álvarez.

Calviño has supported the demands of the sector and has called for finding a "balanced contribution formula" so that "the most important actors contribute fairly" to these networks, which he has considered "strategic" for the country.

Likewise, it has warned that if a framework is not created on an equal footing, the digital services of the future are endangered. In addition, he has valued the Government's investment and the use of European connectivity funds, which has multiplied the investments of the 2019 and 2020 cycle in the last two years by nine.

For his part, Álvarez stressed that Spain should not just be a "receiver of telecommunications", but a "producer" and called for European standards to facilitate the "full" development of this sector in our country.

"The 'low cost' is not used to produce technology, we need comprehensive companies (...) The 'low cost' is finally paid for by the workers, and by the citizens," he added, referring to the worst conditions employment of these companies.

The three executives have also spoken in favor of this fair contribution framework in a period of higher costs for the networks due to energy costs, while traffic continues to grow by around 40% per year.

The CEO of Orange Spain has stressed that 50% of traffic is generated by three players, while the CEO of Vodafone Spain has reiterated that taxes in the sector continue to be "high".

On the other hand, Gayo (Telefónica) has highlighted the transfer of value from European to American technology companies, which must be "fixed" through "fair regulation" at the European level to find a model that strengthens the business fabric of the continent.

In this sense, the general secretary of the UGT communications federation, Alfredo Mesa, recalled the 40,000 jobs that the sector has lost in the century and has highlighted the regulatory problems that have led to competition solely via price.

During the event, the three executives have delved into this aspect and have been favorable to the new wave of market consolidation driven by the merger of Orange and MásMóvil.

"This operation will be good for customers, since it will allow them to undertake the necessary investments to promote the development of 5G in Spain and complete the fiber deployments," Fallacher (Orange) has assured about the operation.

The manager highlighted that there are more than 150 operators in Spain, of which 40 have advertised on television in the last year and eight have a turnover of more than 100 million euros, according to the consulting firm Analysys Mason.

For his part, Deegan (Vodafone) has thanked the government reforms, but has called for "greater support" from the Executive by stressing that the tax burden on 'telephones' continues to be 3.6% higher than the average for the European Union .

Likewise, Gayo has highlighted the loss in value of telecommunications operators in recent years in Europe, while their American counterparts gain size and capitalization. 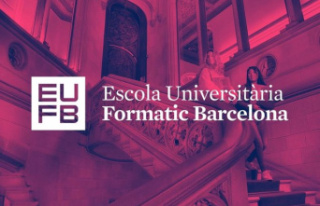