The price of electricity falls this Tuesday by 6%, to 65.35 euros/MWh, the second lowest in the year 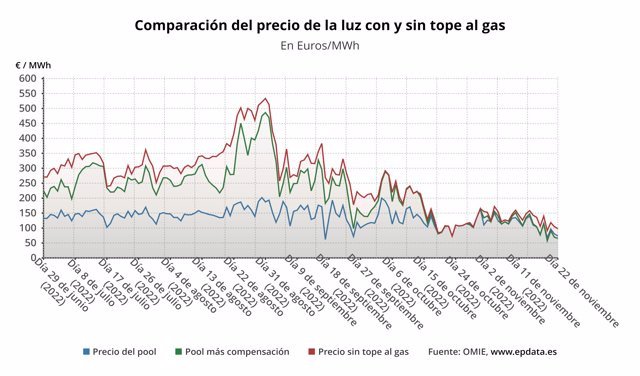 The average price of electricity for regulated rate customers linked to the wholesale market will fall by 6% on Tuesday compared to this Monday, to 65.35 euros per megawatt hour (MWh), the second lowest price so far of the year, after last Saturday (55.98 euros/MWh).

In the auction, the average price of light in the wholesale market -the so-called 'pool'-- will stand on Tuesday at 73.36 euros/MWh. The maximum price will be registered between 8:00 p.m. and 9:00 p.m., with 108 euros/MWh, while the minimum for the day will be 47.2 euros/MWh between 4:00 a.m. and 6:00 a.m., according to provisional data from the Market Operator. Ibérico de Energía (OMIE) collected by Europa Press.

To this 'pool' price is added the compensation to the gas companies that must be paid by consumers who are beneficiaries of the measure, consumers of the regulated tariff (PVPC) or those who, despite being on the free market, have an indexed rate, which for this Tuesday, for the seventh consecutive day, will show a negative balance with -8.01 euros/MWh.

The low prices of these last days are driven, in addition to the more contained natural gas prices in the country -it was trading on Monday at 51.58 euros/MWh in Mibgas-, by the greater participation of renewables, especially wind , in the 'mix', which at times has accounted for more than 50% of the generation.

In the absence of the 'Iberian exception' mechanism to cap the price of gas for electricity generation, the price of electricity in Spain would be around 97.89 euros/MWh on average, which is around 32.5 euros/MWh more than with the compensation for regulated rate customers, who will thus pay 33.2% less on average. 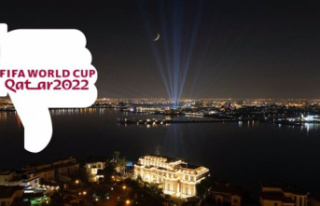 STATEMENT: Qatar starts its World Cup with a bad reputation...