Compensation for diesel scandal: comparison of burst, the money comes

consumer advocates and Volkswagen to fail with a comparison. Diesel customers will still get March money from VW. But a lot of it is not. exhaust pipe from VW 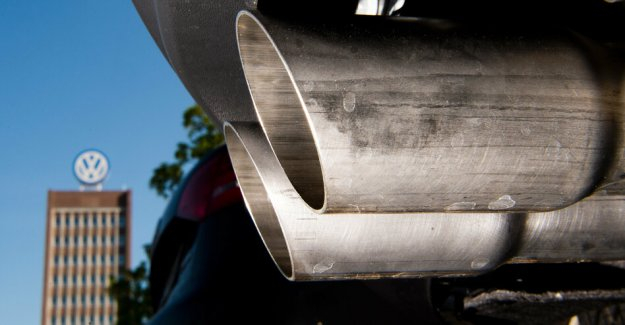 consumer advocates and Volkswagen to fail with a comparison. Diesel customers will still get March money from VW. But a lot of it is not.

BERLIN taz/dpa | VW wants to pay lawsuit diesel customers, conservationists, in spite of the bursting of the comparison procedure with consumer compensation. The verbraucherzentrale Bundesverband (VZBV), which was negotiated in the sum of 830 million euros should be offered "without the support of the VZBV," said Volkswagen on Friday.

Thus, the processing of the diesel takes a scandal to millions of compromised exhaust gas values a surprising turn. VW and VZBV to argue since the end of September before the higher regional court of Braunschweig on compensation for the diesel scandal affected car owners.

on Behalf of the car owner, the VZBV wanted to leave with a so-called pattern for a declaratory judgment to find that VW has damaged diesel buyer's "intentional and immoral".

Since January, will be negotiated on a comparison, to reach out of court a "pragmatic solution in the sense of the customer". This year-long court should be avoided procedure.

VW customers in the USA your car back or refit can give. In addition, they received a one-time payment of up to $ 10,000. The comparison is there, VW has cost about 25 billion dollars.

The talks in Germany, as is the burst, because VW didn't want a transparent, trusted, and consumer-safe System of the settlement allow, said VZBV chief Klaus Müller after the failed comparison.

VW had been disrupted because of a flat requirement of 50 million euros compensation for the VZBV was lawyers have not been established in detail. From the end of March, Entitled to receive your money.

1 Charges as once against the mob: the United States... 2 The German Nibelungen faithfulness is crumbling: the... 3 The return of the Zombie-crypto currencies: this will... 4 Borrowing made easy: This Trick saves a couple of... 5 Dax enters the weekend on the point - uncertainty... 6 The dispute on EU subsidies: U.S. punitive tariffs... 7 Dam break in Brazil: indictment of TÜV Süd approved 8 Climate policy of the Union: mother earth & Ökoschweine 9 Sudden reversal: court stops forest-clearing for Tesla... 10 Makes us sick: Otto geigt right Hetzerin the opinion... Charges as once against the mob: the United States...