Site for Tesla factory in Brandenburg: Land is not to sell surface

The left party criticized the approval of the sale, because the price is unclear. The competent Committee approved the project anyway. Loves cars made in Germ 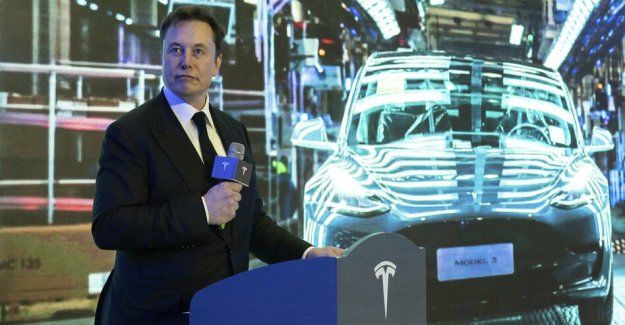 The left party criticized the approval of the sale, because the price is unclear. The competent Committee approved the project anyway.

Loves cars made in Germany and wants to be approved so here is what to build: Tesla-founder Elon Musk photo: Reuters

BERLIN taz | The budget Committee of the Brandenburg Landtag on Thursday in a non-public session the sale of an approximately 300-acre site to the US car manufacturer Tesla. "The first big hurdle has been cleared," said Finance Minister Katrin Lange (SPD) according to the decision. After taz-information, six members voted for approval, five abstained. The reason for the low approval: the unclear sales price for the Area.

Surprisingly, Tesla CEO Elon Musk had given in November at the award ceremony of the "Golden steering wheel" in Berlin announced that the company plans to build in Brandenburg, a factory for the construction of E-cars. As a location a area in green Heath in the district Or Spree, it is provided that the Land belongs to. Annually, up to 500,000 E-cars are to run from the Band. Produced the electric SUV Model Y, as well as batteries and actuators are to be initially. In mid-2021 the production should start.

Brandenburg's new government consisting of the SPD, the CDU and the Greens in a hurry to create the conditions for the prestigious Deal. Minister has presented to the budget Committee, the decision for the sale approval of the site, without the required price is final, criticised the member of the Landtag Ronny Kretschmer (left party), has abstained from voting in the budget Committee.

Yet exists for the value of the property is only an estimate of the country's forestry operation, Brandenburg. It provides for a price per square meter of 13,50 Euro. That would mean for Tesla, a purchase total of a total of 41 million euros. This estimate was far below the values that are officially for the adjacent commercial area free of brink, complained Kretschmer. Because that's where a square meter costs 40 Euro. Also other contractual arrangements with Tesla about to sell on the premises, were still nebulous. You would need to be clarified, he said.

Up to 31. January is now to make a sworn appraiser to have an appraisal of the value of the site. The price could be higher, but also lower than the country's forestry operation estimated, said Kretschmer.

Despite the criticism of the Left are not in the Brandenburg state Parliament against the construction of the Tesla factory. "In principle, we welcome the fact that Tesla in the state of Brandenburg wants to locate," says Kretschmer. "But we would like to make a policy that is not directed to the interests of Investors, but self-aware, according to Brandenburg's interests." This includes good working conditions for the workers in the factory, as well as the compliance with environmental standards included, in addition to a reasonable price for the area.

1 Siemens and Fridays for Future: have A Job offer in... 2 Alexa: Making the Most Out of the Premier Virtual... 3 Payback of Trouble: the dm makes a drastic Change... 4 Your is also? Twelve banks with negative interest... 5 Time hit with killing Soleimanis: US attack on the... 6 12 Euro per hour: esque wants to enforce higher minimum... 7 Desire for financial independence: Harry and Meghan... 8 Logo for the CO2 balance of food: climate-labelling... 9 Bush fire in Australia: The area of a fire 10 Conversion of the state-owned energy research: plug... 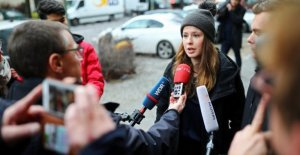 Siemens and Fridays for Future: have A Job offer in...