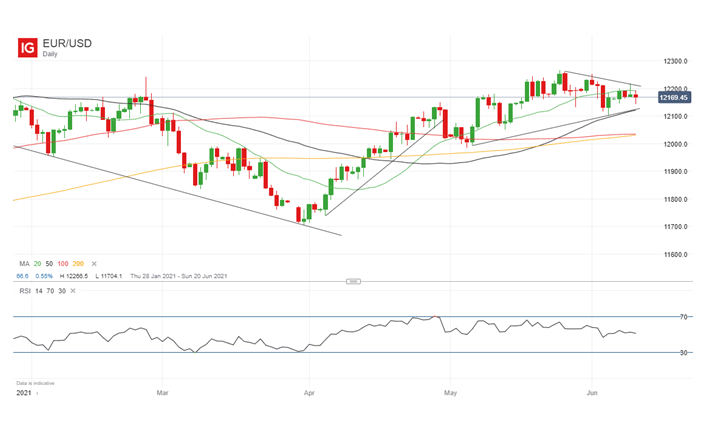 For EUR/USD traders, the start of the coming week will be spent awaiting the Federal Reserve's interest rate decision Wednesday, its own economic projections and media conference.
The money pair is unlikely to move far as dealers hope for advice on monetary policy from the Fed, and odds are it won't move far afterwards when those hopes are dashed.

The coming week will likely be dominated by expects advice on US financial policy Wednesday from the rate-setting Federal Open Market Committee, just as the last week was dominated by Thursday's US inflation data and the most recent meeting of the European Central Bank.

That means very little movement can be anticipated at EUR/USD ahead of the Federal Reserve's monetary-policy statements, economic projections and media conference. In addition, the Fed meeting may well have as little effect because the ECB and inflation amounts did, indicating little motion in the pair during the week.

Indeed, just as some from the markets were disappointed to not hear any hints when the ECB will begin tapering its different monetary-stimulus programs, the Fed could be equally unsatisfactory and dealers left none the wiser. While nobody expects that the FOMC to alter interest rates, a hint that it might taper, or reduce, its existing stimulus program at any stage in future cannot be ruled out completely but seems improbable. And even elevated inflation predictions will have little impact if the increases are clarified as temporary.

So EUR/USD can be expected to continue to trade sideways as volatility and volumes continue to impede in front of the Summer lull.

On the front this coming week, there is little to stimulate business. Monday's Eurozone industrial production statistics and Tuesday's trade amounts are for April so too historical to be of much interest. That leaves inflation figures for Germany Tuesday and the Eurozone Thursday as the statistical highlights of this week. However, because these are final numbers for May they also are not expected to have much impact. 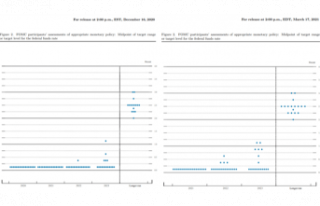