A lower ECB rate would give an unfair advantage to the EU, according to Trump 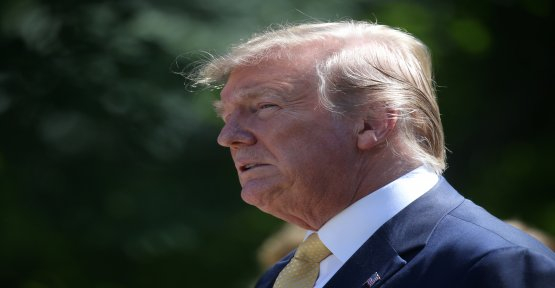 The european central Bank would start lowering interest rates after three years of stagnation, said its president Mario Draghi on Tuesday, a possibility already suggested, but that pushed Donald Trump.

Mario Draghi has announced that the new measures could further stimulate the economy, and this immediately causes a fall in the euro against the dollar, giving them an unfair advantage to compete with the United States," said the impetuous american president on Twitter. The Europeans "are doing it with impunity for years, with China and others," he added, acknowledging once again its international partners manipulate their exchange rates.

The president of the ECB is, however, confined himself to repeating his remarks made at the beginning of June, at the traditional meeting of its institution, but in a climate of speculation became intense around monetary policy in the euro area and the United States. "Further reductions in interest rates and mitigation measures to limit the side effects are always a part of our tools", he said at the opening of the annual seminar of the institute in Sintra, Portugal.

The second mention of this track, in the space of a few weeks, has been dramatically jump in the stock market, while reducing the euro around the 1.12-dollar, and relaxed in the bond market. The borrowing rate on ten-year France has gone for the first time in negative territory on Tuesday, joining the borrowing rate German of the same term.

1 The tracks of the government to compensate for the... 2 Worried about the Brexit, the English flock to the... 3 The Top Facts You Should Know about Your Pension if... 4 Libra, the new currency of Facebook, which wants to... 5 Business : the ranking of the ten bosses favorite... 6 Unemployment insurance : reform attacked from all... 7 Trade and Central Banks are Driving the Dollar 8 Google invests $ 1 billion to ease the housing crisis... 9 In 2023, the Medef will draw 100 % of its revenue... 10 The ranking of 2019 of the best airlines

The tracks of the government to compensate for the...