Iran : in a tweet, Donald Trump pushed the price of oil

The price of oil jumped Thursday during the session after a tweet from the us president stating that Iran, which has shot down a drone which u.s. had "made a h 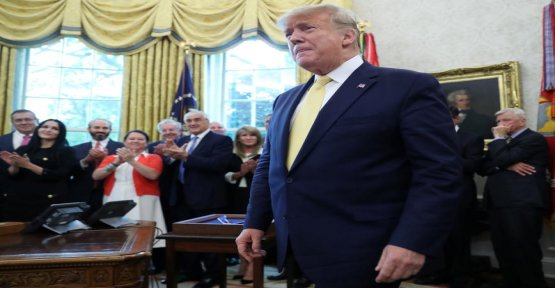 The price of oil jumped Thursday during the session after a tweet from the us president stating that Iran, which has shot down a drone which u.s. had "made a huge mistake". Already up, the barrel of WTI, the reference to New York, has increased its progress, and took 6.3 per cent to 15.05 GMT on 57,13 dollars. In London, a barrel of Brent flew down from 4.66% to 64,69 dollars.

On Twitter, the u.s. president has cracked a tweet short and threatening, lamenting the "very big mistake" of the iranian regime. On Thursday, the revolutionary Guards claimed to have shot down a drone american spy who had violated the iranian airspace in the province of Hormozgan. The spokesman of the Navy american, Bill Urban, denounced an "attack unwarranted committed against a device american surveillance in international airspace".

The climbing and the multiplication of incidents in the Gulf region are afraid that a spark will not put fire to the powder. "Clearly the situation is deteriorating rapidly and the market integrates it just as quickly," said John Kilduff, a specialist in the brokerage of energy for Again Capital.

in recent days, relations between Washington and Tehran were brutally strained after an attack on two oil tankers in the gulf of Oman, near the strait of Hormuz. The u.s. army holds Iran responsible for the incident, accusations rejected "outright" by the Defence minister of iran, Amir Hatami.

The adviser of the us president in charge of national security, John Bolton, will be Sunday in Israel to meet with Benjamin Net and discuss "regional security," said the White House.

1 Drone shot down by Iran: several airlines avoid now... 2 Automobile : PSA inaugurates a new plant in Morocco... 3 This heat wave in June 2019 will it have an impact... 4 Capital investment: a sector more mature and structured... 5 Equality between men and women: Pénicaud call to... 6 Apple recalls MacBook Pro 2015 for overheating batteries... 7 Using the Internet to Find the Ideal Partner 8 Spotify enlists Serge Gainsbourg to appeal to the... 9 Turkey increases pressure on the gas Cyprus 10 Capgemini buys Altran for 5 billion euros