Trade : China will exempt out of surtaxes, the pork and the soy american

Beijing announced on Friday that some us agricultural products including pork and soya beans will be exempted from customs surcharges, a gesture of good will ex 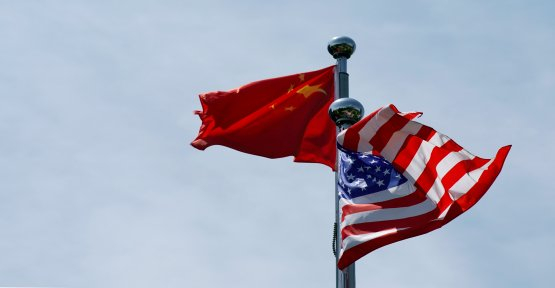 Beijing announced on Friday that some us agricultural products including pork and soya beans will be exempted from customs surcharges, a gesture of good will extra at a time when Beijing and Washington will meet in October to trade talks.

" ALSO READ - trade War: the bosses of americans in China more suspicious than ever

"China encourages companies to buy a certain amount of soya beans and (meat) of pork from the United States", announced the official agency new China. This announcement crowns a series of gestures of appeasement between the two leading world powers, engaged since last year in a trade war that resulted in the imposition of customs duties reciprocal of hundreds of billions of dollars of bilateral trade.

A new meeting in early October

It occurs after the decision of the american president Donald Trump on Wednesday to postpone to October 15, an increase in tariffs on chinese products representing $ 250 billion in annual imports. On the same day, China had announced the first cancellation of the rights of an additional duty on 16 categories of products from the United States, from September 17 and for a year. China "hopes that the american side keeps its word (...) and creates favourable conditions for cooperation in the field of agriculture," said new China.

In the past, Donald Trump has repeatedly accused Beijing of going back on its promises to increase its purchases of us agricultural products to reduce the huge trade deficit of Usa with China. The american farmers -- an important electoral base for Donald Trump in the context of the presidential election of 2020 the United States -- have been among the hardest hit by the iron arms sales between Beijing and Washington.

negotiators of the two countries will meet in early October in Washington. The administration, Trump said on Thursday that it wanted to "substantial progress" in the upcoming negotiations.

"China encourages companies to buy a certain amount of soya beans and (meat) of pork from the United States", announced the official agency new China.

1 Nearly a third of pensioners do not claim their full... 2 In 2019, the communities improve their finances 3 In 40 years, Mcdonald's is the largest restorer of... 4 Despite a buying power increase, the confidence of... 5 Maxime Nicolle alias Flyrider, will there soon be... 6 The Fed lowers its interest rate by 0.25% 7 The report very policy of the act of the programming... 8 Bercy will remove 18 small taxes unnecessary 9 Hercules, this project, which aroused the dissatisfaction... 10 You Can Now Borrow Against Your Car’s Value

Nearly a third of pensioners do not claim their full...