Ask to be "careful" with the rise in the Minimum Interprofessional Wage to minimize the impact in terms of employment. 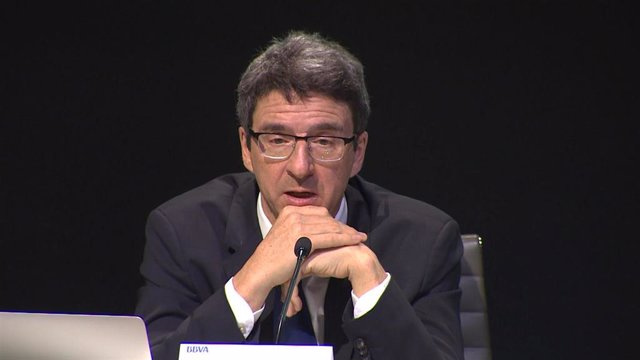 BBVA Research has revised upwards its growth forecast for the Spanish Gross Domestic Product (GDP) in 2022 and 2023 to 4.6% and 1.2%, respectively, noting that the economy is resisting better than expected and that the probability of a contraction in activity is slightly decreasing.

In addition, the economy will improve as some of the uncertainties affecting families and companies dissipate, which will boost GDP growth in 2024 to 3.4%, pointed out the director of BBVA Research and chief economist of the Group BBVA, Jorge Sicilia, during the press conference to present the new report on the 'Situation in Spain'.

The upward revisions of 0.2 percentage points in the two years 2022 and 2023 to 4.6% and 1.2% respond to the fact that real-time estimates of growth in the fourth quarter show that the economy is holding up better than expected. the expected.

If current trends are confirmed, GDP would practically stagnate or could experience a growth similar to that of the previous quarter, compared to the moderate fall (-0.3%) that was forecast two months ago, although it would fall in the first quarter of 2023.

These perspectives coincide with the estimates transferred this week by the governor of the Bank of Spain, Pablo Hernández de Cos, who advanced that the GDP in the fourth quarter could experience slight growth, similar to that registered in the third quarter (0.2%). .

Although the confidence indicators show a deterioration, BBVA Research has highlighted that the activity data remains resilient and, in particular, employment is performing atypically positive in the final part of the year.

The evolution of Social Security affiliation and registered unemployment in October and November would be consistent with GDP growth in the fourth quarter if the relationship between the two variables between the two variables prior to the entry into force of the last labor reform was maintained. "However, there are doubts about the maintenance of this relationship," economists have warned.

In this sense, the experts have explained that many people have gone to a state in which, even with a contract, they do not work waiting for the seasonal recovery of demand in the service sector. "Discontinuous permanent contracts allow this situation while the employment relationship with the company is maintained," the report indicates.

For BBVA Research, these structural changes are difficult to measure in real time, but they believe that the relationship between employment and activity has changed with the reform and, therefore, from this perspective, "a practical stagnation of GDP in the fourth quarter of the year than growth".

"CAUTION" WITH THE RISE OF THE SMI

Regarding the increase in the Minimum Interprofessional Wage, although BBVA Research understands that it must rise for next year to compensate for the deterioration caused by the rise in prices, they insist that "care" must be taken with this increase to minimize the impact in terms of employment.

In addition, economists have pointed out that the goal of the SMI reaching 60% of the average salary "has already been reached and exceeded" in some regions. In addition, they have insisted that the rise in the SMI "is not the only income policy" to deal with this situation and advocate, for example, giving aid to some groups through salary supplements financed with public funds.

A CONTRACTION IS STILL POSSIBLE DURING THE NEXT MONTHS

In any case, BBVA has emphasized that "it cannot be ruled out" that GDP will contract in the coming months, since the entry into recession in the euro area and the exhaustion of the recovery in tourism will make the contribution to growth in demand external is negative in 2023 and 2024.

For their part, experts have warned that household spending will be affected by rising prices, greater uncertainty, the slowdown in employment and the increase in interest rates.

On the positive side, experts have pointed out that motor vehicle production is beginning to recover and could deliver positive surprises in the coming years. If it is confirmed that there is once again an uninterrupted flow of trade in the sector, the dammed demand may begin to emerge while the supply increases. In particular, passenger car registrations could increase between 10% and 25% in 2023.

FALL IN INFLATION BUT CORE INFLATION WILL BE HARDER TO CONTAIN

Among the factors that would explain this evolution would be the reduction in the price of gas and fuel, the gradual disappearance of bottlenecks, as well as the slowdown in domestic demand and a lower value of tourist services due to the fall in disposable income. in Europe and increased competition from alternative destinations.

On the part of the public sector, the deficit continues to be reduced. However, in structural terms, BBVA Research estimates point to an increase in the structural deficit in 2023 compared to 2019. Fiscal policy will continue to be expansive over the next two years, thanks to transfers received on account from NextGenerationEU (NGEU) funds.

Despite the improved forecasts for this year and next, BBVA Research insists that there are numerous downside risks. Among other factors, the loss of competitiveness and purchasing power could spread if there is a further deterioration in the geopolitical situation, inflation could remain high due to the impact of collective bargaining, and the capacity to create jobs could be limited in the coming years. .

Likewise, they have warned that the ECB's monetary policy could be even more restrictive, and it will be necessary to be vigilant about the sustainability of public finances, as well as the evolution of the tourism sector. 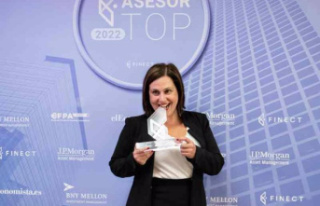 STATEMENT: The SafeBrok company achieves that one...