The vice president of the Catalan employers' organization Foment del Treball, Virginia Guinda, has already gathered the necessary support to make her candidacy official for the Presidency of the CEOE in the elections that will take place on November 23. 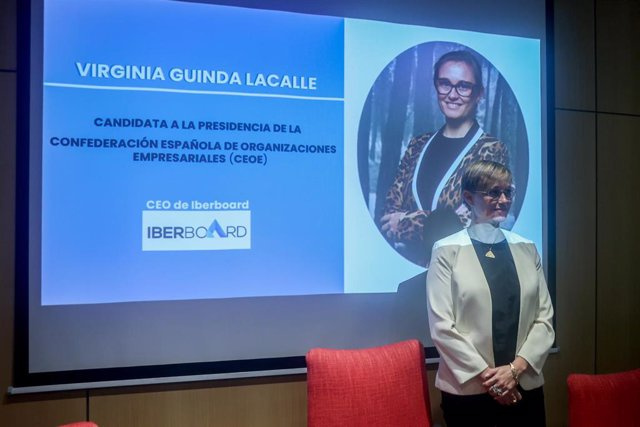 The vice president of the Catalan employers' organization Foment del Treball, Virginia Guinda, has already gathered the necessary support to make her candidacy official for the Presidency of the CEOE in the elections that will take place on November 23.

Specifically, as reported by Guinda's candidacy, the businesswoman already has the support of five different organizations integrated into the CEOE and 37 guarantees, of the 20 necessary as a minimum, for which she is already officially a candidate to challenge Antonio Garamendi for the Presidency of the employer.

The five organizations that have lent their support to Guinda are Foment del Treball --where she holds the position of vice president--, as well as the employers' association of industrial cogenerators (Acogen); the National Professional Association of Administrative Managers (APNGA); the automobile employer Faconauto; the Business Federation of Meat and Meat Industries (FECIC) and the College of Administrative Managers. Together, they add up to a total of 55 votes.

Guinda, who is also the executive director of Iberboard, will present her support this Tuesday at the CEOE headquarters to formalize her candidacy to preside over the Spanish employers' association.

Mother of three children, the first woman who aspires to direct the CEOE, defends an "open and participatory" organization model, which "must be vindicated even more as a key piece for the advancement of the country."

After having delivered the guarantees, the vice-president of the Catalan employers' association will continue to publicize her proposal among the member organizations and companies of the CEOE.

In the event of being elected on the 23rd, Guinda has promised to draw up a strategic plan in the first hundred days of her mandate, with such important issues on the table as a salary and tax system review, a new labor reform and a large rent agreement.

This Tuesday, in a press conference from Barcelona, ​​at the headquarters of Foment del Treball, together with its president, Josep Sánchez Llibre, and the general secretary of the employers' association, David Tornos, Guinda emphasized that his candidacy "is a leadership style more transparent, dynamic and modern".

REJECTS A JOINT CANDIDACY WITH GARAMENDI

"I think that the partners of the CEOE may be very interested in this type of leadership and I am focused on making my ideas and my way of doing things known," said Guinda, who already has her trusted team configured and has ruled out joining with Garamendi in a single candidacy.

The also businesswoman from the paper sector has explained that in the current moment of complexity, for which she has expressed concern, the CEOE "must be a key piece" to get out of the crisis that is beginning, and has said that they have not maintained any contact with the current president of the CEOE and also a candidate, Antonio Garamendi.

"For this reason, my conception --of the CEOE-- is a fundamental gear to navigate through this crisis and come out stronger through the creation of more companies and the reinforcement of those we already have. That it works more effectively for the interests of businessmen", he added.

For Guinda, the business confederation must integrate the concerns and proposals of SMEs and has said that he would like to ensure that all the agents involved in the economy - workers and companies - feel that they are part of the same: "We are united by the interest that things go well for all of us".

He has said that it will have two axes: committing to a more participatory, local and more modern governance so that the partners have a voice heard and integrated into the arguments, and on the other hand, that the CEOE has more proactive capacity and makes the concerns its own. and solutions that the sectors and territories identify.

Regarding wages, Guinda has said that the increase in the Interprofessional Minimum Wage (SMI) must be included in a great income pact led by the Prime Minister to address how the effects of the crisis are distributed, just as Foment de treball in recent months.

"I start from the basis that in Spain structural reforms must be made in taxation and employers' contributions so that both things favor the smooth running of companies and the necessary increase in wages," he added.

He has defended that wages "must improve" because they are far from the European average, but he has pointed out that so is productivity, and has encouraged work with social agents so that this evolves and the economy is more robust.

"The SMI cannot be the same for a farmer as it is for a person in the industry, or for a young person who wants to join the world of work. We should not be afraid to work with the SMI from the complexity that reflects today's reality", has added, although he has said that he does not suggest that the SMI is different by autonomous community.

Garamendi announced his intention to run for re-election on September 21, when the CEOE Board of Directors agreed on November 23 as the date for the Electoral Assembly, while Guinda announced that he was going to present his candidacy last week .

For his part, Sánchez Llibre explained that the meeting of the board of directors of the Catalan employers' association held this Monday decided, unanimously by all its attendees, some 80 people, to support Virginia Guinda's candidacy for the presidency of the CEOE.

He has pointed out that the employers consider the CEOE as their home, both for being part of it and for having participated in its foundation, and has expressed his "maximum respect and consideration" for the candidate and current president Antonio Garamendi.

For the president of Foment, Guinda is a brave person, with courage, strength, humility, responsibility, great social sensitivity and who knows how to listen, he has highlighted that she is an industrial businesswoman and that she has staked her assets on her business project: "It is one of the people who can embody business leadership in the 21st century". 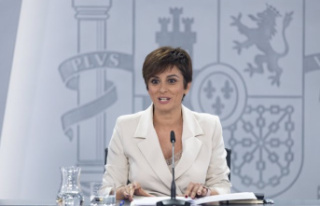 PSOE and PP knock down the Podemos amendments to regulate...