Taboos disappear one class at a time

Many Quebec teenagers have been experiencing great psychological distress since the pandemic, and the Fondation Jeunes en tête workshop on the mental health of 14 to 18-year-olds is very well received in classrooms across the province. 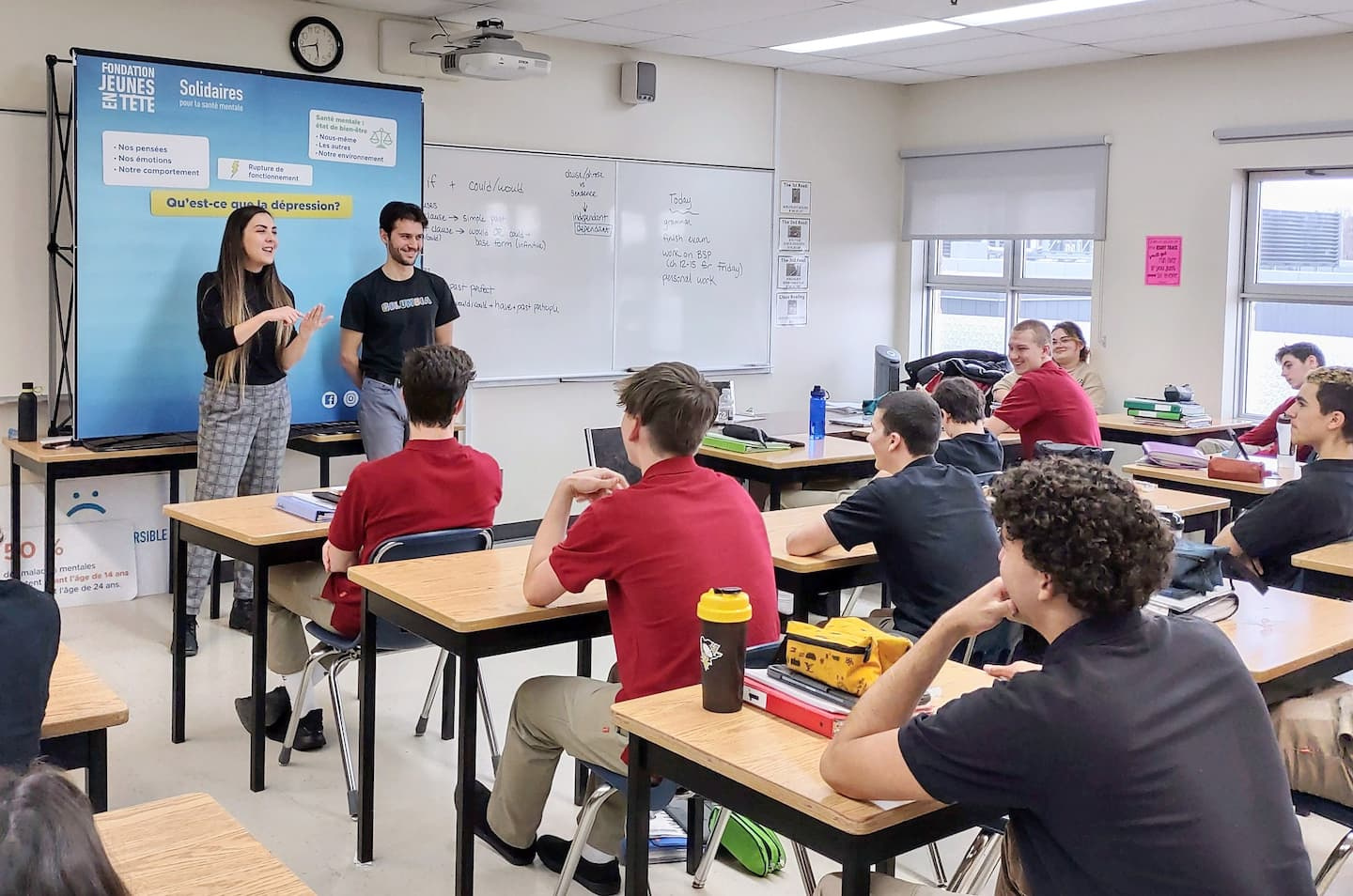 Many Quebec teenagers have been experiencing great psychological distress since the pandemic, and the Fondation Jeunes en tête workshop on the mental health of 14 to 18-year-olds is very well received in classrooms across the province.

There was a time when hearing about depression, mental illness, and anxiety in a high school course would have elicited very different reactions.

The taboo seems to have disappeared and several teenagers are ready to talk about it.

The Journal was able to see it on December 14, at the Académie Saint-Louis, in Quebec.

The foundation's flagship workshop has existed for more than 20 years, but today it takes on special significance. When it comes to addressing the issue of suicidal thoughts, the silence grows heavier.

"More distress than before"

“The impact is real because young people come to see us after the workshops and we give them the resources. I think there are fewer taboos. Young people are more aware of the phenomenon, but the figures show that the situation has deteriorated. There is more distress than before,” says host Juliane Sickini.

His co-worker agrees. “There has been mental illness in my family and it affects me. In our statistics, we observed after COVID that one in two young people showed symptoms, ”adds Séraphin Bassas.

Together, the duo gives the workshop up to 15 times a week. They want to play down, without being alarmist.

For Thomas Lebel, who has stayed in 18 host families, it is essential to break the taboo. “It was the first time I shared my story at the Mayor's Ball. For me, talking about mental health has been taboo for a long time. It's making yourself vulnerable in the eyes of people and it takes a lot of pride. This class says it's healthy to talk about it," the 19-year-old explained.

At the end of the period, emotions sometimes come to the surface. " Yes. I recognized myself,” mentioned a teenage girl interviewed before turning her head, unable to continue the discussion.

Obviously, the effects of the pandemic on young people are very present.

“Especially since it is difficult to get psychological help for young people. I feel like it's going to take a while for things to stabilize unfortunately,” says Isabelle Denis, professor at the School of Psychology at Laval University and clinical psychologist with children and adolescents.

“It has been documented,” Ms. Denis adds. The lack of social contact and physical activity is not to be overlooked either.

The number of young people suffering from anxiety has been increasing in Quebec for 15 years and drug prescriptions are on the rise.

The wait to see a professional can also take several months.

►5 to 10% of young people will suffer from depression during adolescence.

1 Renewed popularity for film photography 2 Fatal collision with a tractor in Amos 3 “We are too easy to face” says Martin St-Louis 4 The Raptors without answer in front of Mathurin and... 5 RELEASE: Sinoboom: Hidden Champion, Awarded the 5th... 6 RELEASE: Tata Technologies Celebrates Sixth Consecutive... 7 RELEASE: XCMG Machinery records strong operations... 8 In the kitchen for their hospitalized loved one 9 Ultra-processed foods, the tobacco of the 21st century? 10 Mutual aid between freestyle skiers 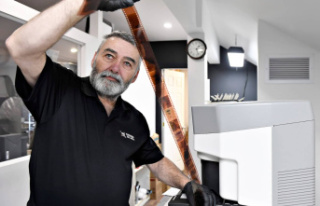