After a two-year hiatus due to the pandemic, the Tour CIBC Charles-Bruneau returned to action in 2022 and exceeded all of its objectives. 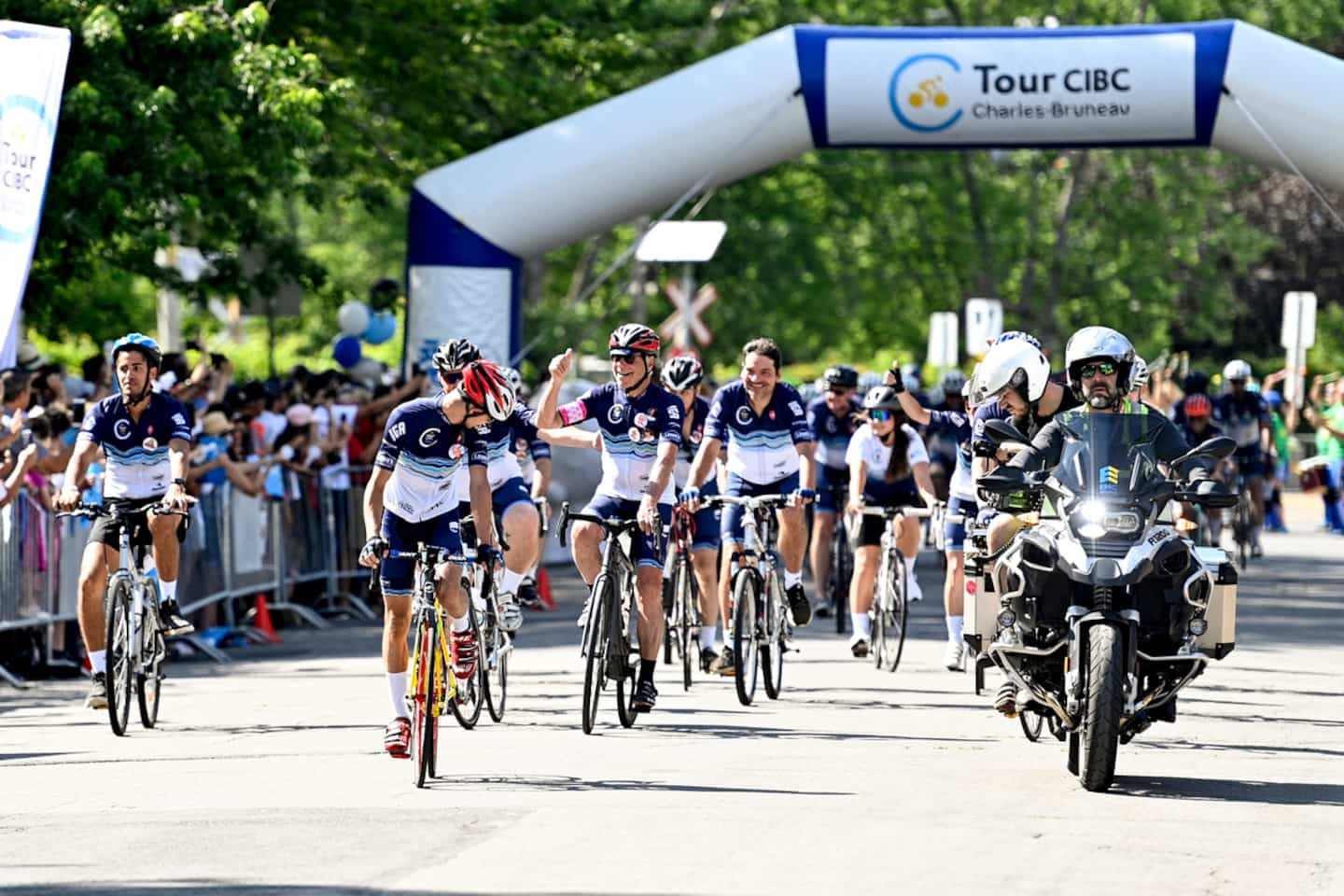 After a two-year hiatus due to the pandemic, the Tour CIBC Charles-Bruneau returned to action in 2022 and exceeded all of its objectives. More than ever, such an event is essential for research and the fight against childhood cancer.

• To read also: CIBC Charles-Bruneau Tower: "The mission of a lifetime"

On Friday, it was with a sense of accomplishment that the cyclists ended their six-day, 1,000-kilometre ride between Matane and Boucherville. Several other cycling enthusiasts joined the thirty or so motivated athletes who completed the entire course.

All these beautiful people stopped in the afternoon, at the Town Hall Park, where the amount raised during the week was revealed. The $4 million goal was beaten by $100,000, which made everyone involved, including former TVA anchor Pierre Bruneau, very proud.

“Goals are always made to be exceeded. We knew it was going to be a year of reorganization because when you don't do it for two years, the machine gets a little rusty. I realized that it had been well maintained during the pandemic”, he rejoiced at the end of the line, he who was in his 25th participation in the Tour in as many editions.

Another machine that is well maintained is the body of the 70-year-old man. Mr. Bruneau was very happy to pedal for the cause and above all, to find the people involved with the Charles-Bruneau Foundation.

“The first two days, when we left Matane to Rimouski and from Rimouski to Rivière-du-Loup, we had wind from the river, it was very cold. […] I think that’s part of the bike experience. All the cyclists who were there wanted to do that,” mentioned the new retiree.

This $4.1 million check is part of the continuity of plans for the coming years. In 2021, despite the pandemic and the difficulties in raising funds on the side of charities, the Tour CIBC Charles-Bruneau had raised $ 4.7 million.

Everyone is therefore well on their way to achieving the goal set a year ago of $25 million for research by 2026.

“It’s really them who support a good majority of pediatric oncology research in Quebec. We could not do without it, explained Dr. Josée Brassard, of the Sherbrooke University Hospital Center (CHUS). […] It is really of crucial importance for research in the four centres.”

These four institutions that continue the fight against cancer in the youngest are the CHU Sainte-Justine, the Montreal Children's Hospital, the CHUL de Québec and the CHUS. Dr. Brassard did her part by riding her bike from Sherbrooke to Boucherville, all with the aim of finding solutions to give hope to children.

“The message is always the same, reminded Pierre Bruneau. I was explaining to people this morning when we left; We’ve been pedaling for six days, well there are six families across Quebec who learned that their child had cancer.”

“It remains the leading cause of fatal disease. We lose one a week.

1 Demonstration against the "too lenient"... 2 Khari Jones is disappointed with the outcome 3 Wild: bickering in front of the net 4 Academic in jail for harassing her ex-lover 5 The Horne foundry in Rouyn-Noranda on fire 6 A Canadian international with Toronto FC 7 Blue Jays well represented at All-Star Game 8 Huge agreement for Damian Lillard 9 Depp-Heard trial: one of the jurors would be an impostor 10 Biden calls sister of Paul Whelan, another US citizen... 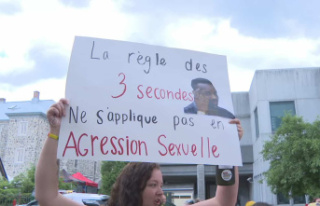 Demonstration against the "too lenient"...