Floating NUCLEAR plant in Russia: Akademik Lomonosov is on the network

In the North-East of Russia returns the first floating nuclear power plant. Anti-nuclear activists are criminalized criticism. Here, in Murmansk: The "Akadem 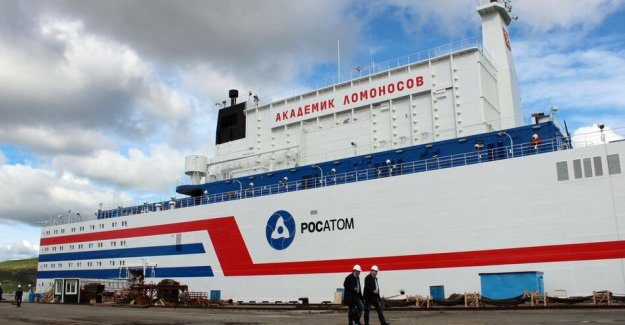 KIEV taz | Russia's first floating heating core power plant, the "Akademik Lomonosov" is at the net. On Thursday the city of Pevek in Chukotka started in the small lights in the far North-East of Russia, the lights of the city Christmas tree – the electricity came out of the floating nuclear power plant ends.

a Short time before the float had arrived at the end of the nuclear power plant to its destination, the port of Pevek,. In 2020, the entire city of Pevek will be supplied from the floating power plant, announced the atomic energy Corporation "Rosatom" on its Internet Portal. Now, the "Akademik Lomonosov," reports the group is proud to be the northernmost nuclear power plant in the world. In August it was started by the Russian North sea port of Murmansk in the 4,700 km distant Pevek.

It should be a key instrument in the Expansion of ship transport in the Arctic Region. And it will replace the is also in the Chukotka Region, located nuclear power plant, Bilibinsk, to be taken in 2021 from the network. Bilibinsk is the only Russian nuclear power plant built on permafrost soil. And against the Background of global climate change increasingly softer.

of The 144 meters long and 30 meters wide, the floating body, which leads to two nuclear reactors each with a capacity of 35 megawatts and 500 million euros, to 2020 to deliver the first electricity is not just for Pevek, but also in the Rayon Tschaunski.

"We think the project is far too expensive and too dangerous," explains Rashid Alimow of Greenpeace Russia, compared to the taz. On Chukotka there is sufficient Potential for renewable energy. Russia has a lot to do in the remote Region. Here there are large Gold and copper inventories. And just as copper is needed in large masses for electric cars. In the Peschanka Mine in Chukotka 16,000 tonnes of Gold and 23 million tons of copper are suspected. 2021 the promotion to begin.

It is hardly to be expected that the small and increasingly criminalized Russian Anti-NUCLEAR-manage the movement, to stop this project in Pevek yet. The movement is struggling, rather, to Survive.

at the beginning of last week, Greenpeace spokesman Rashid Alimow had been briefly detained in St. Petersburg festival. The accusation: He violated with an action in front of the train station of St. Petersburg against the Import of German nuclear waste to the public order.

Earlier, three activists in Novouralsk, the destination of the German nuclear waste had been interrogated in Gronau, because they had demonstrated in vigils against the Import of nuclear waste. And the well-known Russian environmental activist Alexandra Korolewa fled this year for fear of criminalization to Germany.

1 Privatized airline security checks: A Royal task 2 Ship accident in the Galapagos Islands: a natural... 3 Lack Of Accessibility: Contrary To The Constitution,... 4 The digitalization of society: Not without risk 5 Train rides in the wheelchair: Against barriers, rolling 6 Suicide series to bullying: France-Télécom bosses... 7 Fish caught go overboard: Illegal and environmentally... 8 Barrieref rice rail journeys: the objective is hardly... 9 Supreme court ruling: Auto-owners call the driver... 10 This is the formula that determines the amount of... 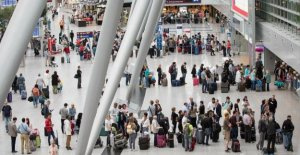