From the latest draft law follows that already in 2034 are no coal-fired power plants to the grid. The Federal government does not want to confirm it. coal-fi 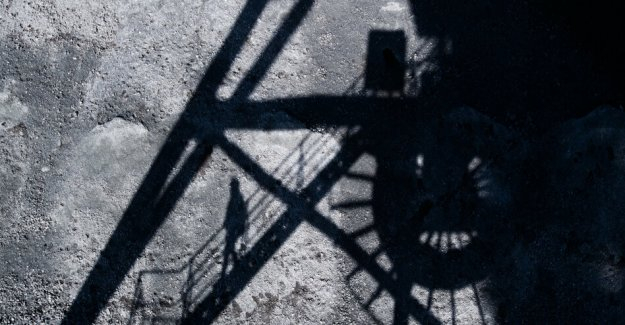 From the latest draft law follows that already in 2034 are no coal-fired power plants to the grid. The Federal government does not want to confirm it.

coal-fired power plants, as here, in lower Saxony Undertook to from the grid as planned photo: Julian Stratenschulte/dpa

BERLIN taz | it is Not only the environmental groups are dissatisfied with the long lead times for brown coal-fired power plants, the Federal government and the Länder agreed in the last week with the operator companies. Also, the municipal utilities, the Association of Municipal companies (VKU), together, reject the scheme. Because the draft law was sent on Tuesday to countries and organizations, provides that, in return for the longer running times of the brown coal-fired power plants, coal power plants go much faster and earlier from the grid than previously planned.

"It lacks any energy economic and climate political logic, that the coal is to serve as a stopgap for the delayed phase-out of lignite," said the Deputy VKU's managing Director, Michael Wübbels on Friday.

From the law, according to the calculations of the Association that the coal-fired power generation in Germany is to end in the year 2034, and so four years earlier than the climate-harmful brown coal more. Also, the new coal-fired power plant Datteln 4, which is to go contrary to the recommendation of the coal Commission in the summer to the grid, would have to be 2033 again shut down if it remains at the negotiated exit path for the brown coal.

The Federal Ministry of economic Affairs wanted to this year, do not pay on Friday to demand not confirm the calculations of a ride but also. "The draft of the coal opt-out act is currently in the coordination with the ministries and the Länder and the associations of hearing, so that votes of course, Changes can result, and we can't comment on all the Details prior to the Cabinet referral," said a spokeswoman. In addition, the Ministry pointed out that the coal-fired power plants can be Gas converted, instead of shut down.

criticism was expressed by the municipal utility to the proposed compensation arrangements: During the brown coal companies for the decommissioning of their power plants and open-cast mines, a total of 4.4 billion Euro received from the state, will be the payments to the coal operators is significantly lower. Until 2026, you can offer in a tendering procedure in power plants, to decommissioning; the Supplement gets, who is asking for the slightest compensation. From 2027, the state, the power plants in accordance with fixed criteria and without compensation to a standstill.

"This applies also, and especially, municipal power plant operators," criticized Congress Vice-Wübbels. "Without adequate compensation for their economic losses, the risk that the money is missing in the affected city works for the urgent necessary restructuring of the energy supply on the ground."

Meanwhile, there are new doubts as to whether the compensation for the brown coal-operators are justified. The East German operator Leag will promote to the exit path, about as much brown coal, such as in a confidential planning scenario, the enterprise being the year of 2016, reports the mirror.

"The Leag don't need to tax, not less, brown-coal, as you intended, and nevertheless get billions from the taxpayers," said René Schuster of the East German environmental organization Green League of the mirror. He calls for the Federal government to revisit this "gift" for the energy company.

1 Tesla factory in Brandenburg: Not in the mood to Silicon... 2 Mobility of researchers over speed limit: Fewer accidents,... 3 Better than its reputation: the Hartz IV works, such... 4 Grand coalition parties want to relieve the burden... 5 The study warns that the pension system is under massive... 6 Disgusting plastic in the kitchen cosmos: delicate,... 7 Regulation of Facebook: Nothing is for free 8 Lethargy in front of the impending collapse: It is... 9 Fridays for the Future against corporations: Your... 10 Pension exerts massive criticism of the salvation...

Tesla factory in Brandenburg: Not in the mood to Silicon...