The pharmaceutical company Purdue Pharma is willing to pay an amount of 10 to 12 billion dollars to put an end to more than 2,000 complaints filed against him i 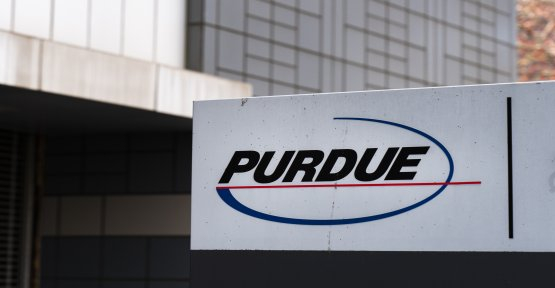 The pharmaceutical company Purdue Pharma is willing to pay an amount of 10 to 12 billion dollars to put an end to more than 2,000 complaints filed against him in connection with the crisis of opiate drugs, said Tuesday the NBC.

The pharmaceutical group, manufacturer of one of the main pain medication, opiate, OxyContin, has not confirmed these amounts record, but acknowledged that he traded "actively" to an amicable agreement.

The group wants to save years of legal battles

"If Purdue Pharma is ready to defend itself vigorously in the court records on the opiate, the company has made it clear that she had little interest in spending years in futile legal battles," said the group, which became the number one target in the crisis of the opiates, in a press release. "The people and communities affected by the crisis of opiate need help now. Purdue believes that a comprehensive resolution constructive is the best way forward, and the company is actively working with the prosecutors of the States and other complainants in order to achieve such an outcome", he added.

" SEE ALSO - United States : what is the crisis of opioids ?

Purdue Pharma is part of the pharmaceutical groups are called to appear in court at the end of October in the State of Ohio, in a folder with more than 2300 complaints against laboratories and pharmaceutical distributors accused of having fuelled the crisis of opiates in encouraging the abuse of powerful painkillers and ultra-addictive. Nothing that in 2017, the United States has registered more than 17,000 overdose death involving the use of opiates that are supposed to be issued on order, according to the National Institute on Drug Abuse. In total, this year, the country recorded the 47,000 deaths from overdoses related to opiates.

The judge in the folder sprawling Ohio, is pushing the companies attacked to find amicable agreements with the complainants, who include many local and american States, determined to make them pay the pharmaceutical companies.

The information from NBC, which cited two sources close to the matter, arise in the aftermath of the condemnation of the pharmaceutical giant Johnson & Johnson in Oklahoma, at the conclusion of a trial, unprecedented on the responsibility of pharmaceutical groups in the crisis of the opiates.

The giant of New Jersey, known more for its baby products as for its opiate medications, has been ordered to pay $ 572 million to the State of Oklahoma for having contributed to this crisis. If the decision proved to be far less severe than feared by the shareholders of the group, the giant of the pharmacy has all the same decide to challenge on appeal the decision of the judge Thad Balkman of the court of Norman.

" ALSO READ - what is the crisis of opioids, which kills 130 Americans every day ?

1 Instead, the recession that the re-election of Trump,... 2 Orange could cut off the signal of BFMTV in the absence... 3 Panic around the inversion of the yield curve in the... 4 Opiates: 572 million fine, but Johnson & Johnson escapes... 5 Accounting in part for the aid to the stone 6 Track 3 from the Orly airport, rebuilt: a gigantic... 7 The putschists of Aigle Azur apart, a provisional... 8 Edition : Hachette in the top three global 9 Pierre Gattaz was right: the companies have created...... 10 Sponsorship : the big gifts will be less tax exempt

Instead, the recession that the re-election of Trump,...