Gaspard Gantzer thinks that there are too many tourists in Paris

independent Candidate for mayor of Paris, Gaspard Gantzer said on Wednesday that"there are too many tourists" in the capital, and proposed to remedy it by ban 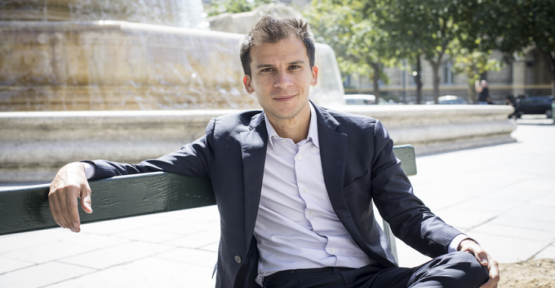 independent Candidate for mayor of Paris, Gaspard Gantzer said on Wednesday that"there are too many tourists" in the capital, and proposed to remedy it by banning cars, tourism and further limiting the nights Airbnb.

"there are whole neighbourhoods of Paris have been transformed into amusement parks," said on RMC the founder of the movement "Paris, Paris", citing in particular the Champ de Mars, Montmartre and the centre of Paris.

According to Gaspard Gantzer, former advisor communications to François Hollande, the French capital "must first be for the Parisians and the Parisians" loses "his soul of villages" because of the influx of tourism.

Reduce the number of nights Airbnb

he said He was "for" the ban on cars tourist in Paris and want to divide by four the number of authorized nights Airbnb per year and per unit, fixed at 120 today. "This is not normal" that the giant of the rental of dwellings to individuals has "Paris as the second world market", he lamented.

"I don't want my city to be a postcard of Amelie Poulain" but "a city with inhabitants, families, children, the elderly, and not simply tourists from the whole world", has justified the independent candidate. "For the past 5 years, 12,000 people leave Paris every year," said Gaspard Gantzer, who has promised to facilitate access to housing, with particular assistance from the City to the guarantors of the tenants.

the One who has recently been joined by the companion of the leader ecologist Yannick Jadot, Isabelle Saporta, also advocates of"stop to transform whole streets into parks attraction with simply luxury shops or places to inform the tourists."

In 2018, the Île-de-France had beaten a record attendance, with 35 million arrivals area of the share of French tourists as well as foreign (+3.6% a year), which is equivalent to some 50 million visitors, according to the regional tourism Committee. Revenue from tourism in Paris/IDF were then represented 21.5 billion, or € 974 million more in 2017.

1 YouTube is to turn against the propaganda of Beijing... 2 Agreement between London and Seoul, the post-Brexit... 3 Trade war : China has no choice in the face of us... 4 Thousands of small campsites in trouble 5 The financial markets increasingly disorientated by... 6 Ferdinand Piëch, at the origin of the emergence of... 7 A Russian customer assigns to Boeing in justice to... 8 Internet : the Gafa weave their Cloth under the sea... 9 PewDiePie has surpassed the 100 million subscribers... 10 The women executives have fewer children than the...

YouTube is to turn against the propaganda of Beijing...