Iran removes zeros the rial and rename its currency

Iran, hit by sanctions, approved Wednesday a plan to remove zeros the rial and change the name of the currency, a practice already implemented by the population 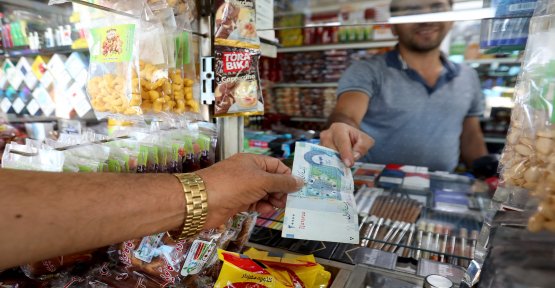 Iran, hit by sanctions, approved Wednesday a plan to remove zeros the rial and change the name of the currency, a practice already implemented by the population to facilitate the transactions.

"The cabinet has approved today (Wednesday), a bill to remove four zeros to the currency and make the 'toman' our national currency," said to the press in Tehran, the government spokesman, Ali Rabiei. The iranian rial continues to plunge since last year. It was trading around 37,000 rials to the dollar three years ago but has fallen to around 180,000 rials for one dollar last year.

This fall was the result of the announcement by the us president, Donald Trump, and the withdrawal of the Member-States of the agreement on nuclear power from 2015 and the implementation of new sanctions. Long queues had formed in front of the offices of exchange, before the government took drastic action by stopping the money-changers without a licence and freezing the accounts of speculators.

Currently, the rial was trading at around 120,000 for a dollar while the official rate is 42.000. This means that people without credit card are required to carry thick wads of cash to make small purchases daily. For example, a fruit juice costs around 200,000 rials.

To simplify the transactions, the Iranians have long since called their currency the toman by removing a zero system, a source of confusion for foreign visitors. The government has taken this reality into account in this new text, which must be forwarded to the Parliament for final approval. "It will make the national currency more efficient" and "will be more in line with the use... the rial is not so much used as that," said Ali Rabiei.

1 Friendship at work : six situations in which you need... 2 In hong Kong, the protesters protect their phones... 3 United states : the decline in Fed funds rate does... 4 Ex-Whirlpool Amiens : a squeeze-validated, 138 redundancies... 5 What are the common signs of a good bail bonds company? 6 Count on the health benefits of lean ground beef 7 Prices of gas and electricity, bonuses to the conversion...... 8 Old Town Road, the tube of the was born on the application... 9 Your store Of the Noise in the Kitchen will he close... 10 Frédéric Oudéa: Société générale is agile enough...

Friendship at work : six situations in which you need...