Xavier Niel will become a shareholder of Nice-Matin

The business man Xavier Niel will become a shareholder of Nice-Matin, by repurchasing shares that are held by the corporation belgian Nethys, with which the emp 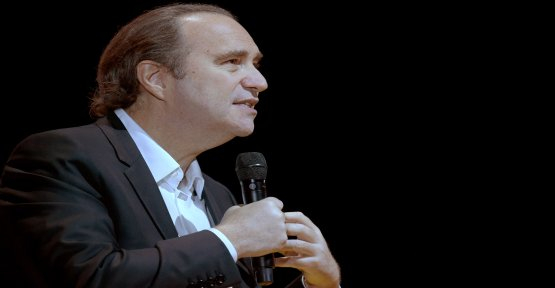 The business man Xavier Niel will become a shareholder of Nice-Matin, by repurchasing shares that are held by the corporation belgian Nethys, with which the employees of the newspaper wanted to cut the bridges.

The founder of Free and co-owner of the group The World has entered into exclusive negotiations to resume a majority of 34% of Nice-Matin that has Nethys, he said Sunday in a statement sent to AFP. The remaining 66% of the capital belong to 456 employees, shareholders of the cooperative Society of collective interest (SCIC).

"The Group Nethys has informed on Wednesday 12 June the management of Nice-Matin that it had entered into negotiations with Xavier Niel to take, via his personal holding NJJ and in a short time period, a controlling interest in the company's Future Development held by Nethys," said the founder of Free and co-owner of the group in The World.

The management of Nice-Matin, who wanted to cut the bridges with the shareholder, had received at the beginning of march the opening of a safeguard procedure, which is reserved to companies that meet difficulties, but that are not in cessation of payments.

An appeal by Nethys was dismissed Friday at a hearing at the tribunal de commerce of Nice. Accused of being a shareholder "absent" by the employees, Nethys claimed to have invested 20 million euros in the journal in 24 months. Nethys has preferred the founder of Free the tycoon shipyards Iskandar Safa, owner of the "current Values" and is very involved on the Côte d'azur, which was tipped in recent months to regain his share after a first attempt of redemption in 2014.

However, the belgian group cannot, in principle, not to sell its 34% without the consent of the employee shareholders, and vice versa, which may complicate the gives account of the negotiations for several months by Iskandar Safa. According to a source close to the dossier, the offer of Iskandar Safa remains relevant and that its development proposals.

Xavier Niel assures in its press release that its agreement with Nethys "would allow Future Development of fully assuming its responsibilities as a shareholder in the framework of the recovery plan of Nice-Matin to the sides of the direction, the writing and the teams of Nice-Matin".

"The goal of this operation is to accompany the development strategy of the securities and of their variations, in the strict respect for the history and identity of the newspaper, with the ambition to strengthen their editorial independence while building a sustainable business model," says the businessman, who has taken minority stakes in many other media, such as the site The Days.

The businessman has expressed the hope to meet shortly with the management of the newspaper, after a first contact in the beginning of the year. The sales of the regional newspaper Var-Matin, Nice Matin) has continued to decline in 2018, around 120,000 copies on average each day, according to the CPMA, but the group has restated its finances for 2014.

1 How the city of Sarrebourg has struggled against a... 2 Nikos Aliagas: I put Europe 1 in parentheses 3 With the A321 XLR, Airbus takes off under the nose... 4 Our ranking of the 50 companies favorite of students... 5 A lower ECB rate would give an unfair advantage to... 6 The tracks of the government to compensate for the... 7 Worried about the Brexit, the English flock to the... 8 The Top Facts You Should Know about Your Pension if... 9 Libra, the new currency of Facebook, which wants to... 10 Business : the ranking of the ten bosses favorite...

How the city of Sarrebourg has struggled against a...