Leader Kim Jong Un has called for an "exponential increase in North Korea's nuclear arsenal" to deal with its "indisputable enemy" South Korea and the United States, the official KCNA news agency reported on Sunday. 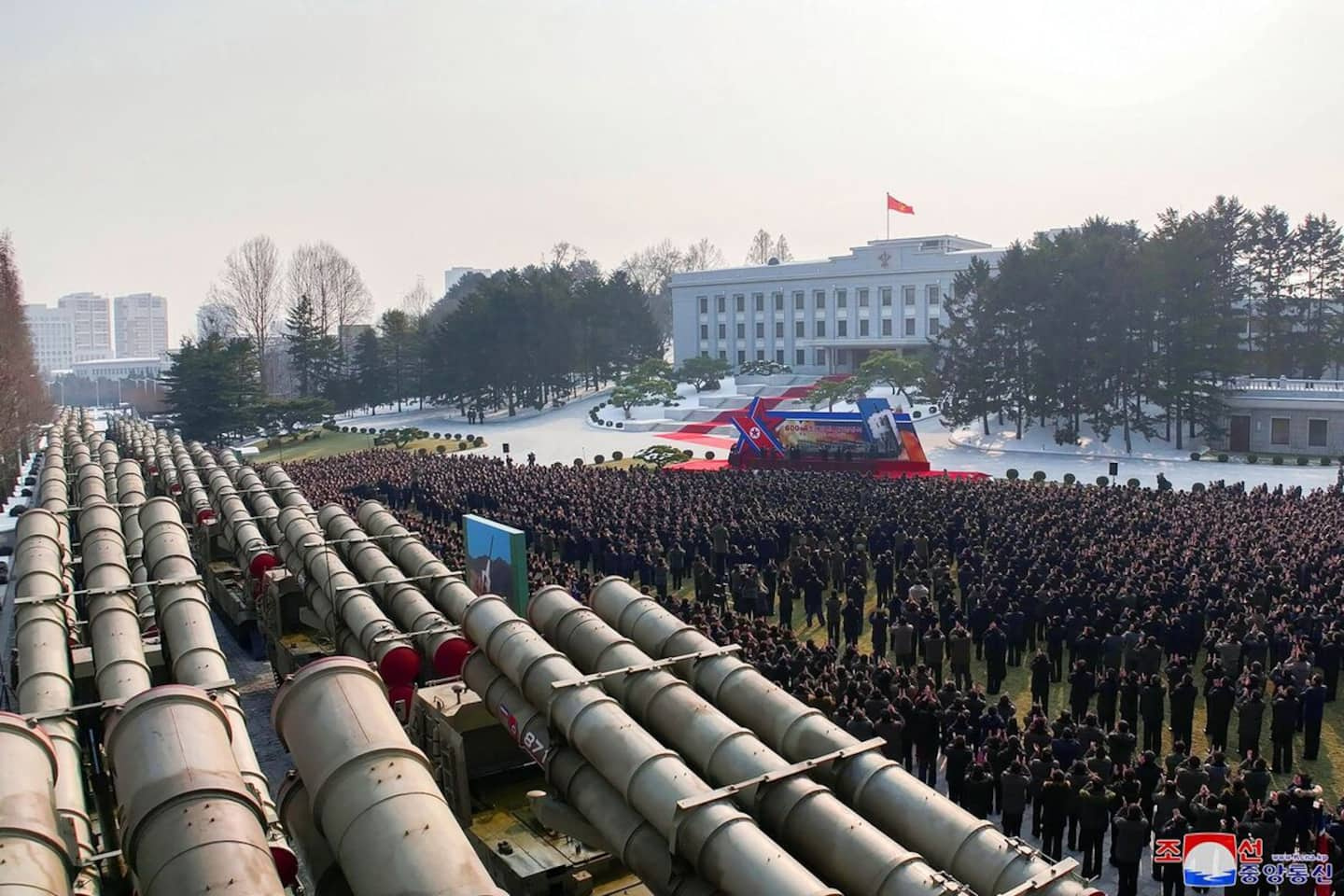 Leader Kim Jong Un has called for an "exponential increase in North Korea's nuclear arsenal" to deal with its "indisputable enemy" South Korea and the United States, the official KCNA news agency reported on Sunday.

After a major meeting in Pyongyang, North Korea's ruling Workers' Party also announced that the country would "develop a new intercontinental ballistic missile (ICBM) system whose main mission will be a rapid nuclear counterattack “, according to KCNA.

"The current situation calls for redoubled efforts to massively build up military strength to fully guarantee (North Korea's) sovereignty, security and core interests in response to disturbing military maneuvers by the United States and others. hostile forces,” Kim Jong Un said in a Party meeting report quoted by the agency.

"This underscores the importance and necessity of mass production of tactical nuclear weapons and calls for an exponential increase in the country's nuclear arsenal," he continued.

In another dispatch, KNCA reported comments by Kim Jong Un that South Korea was now "fully within range of North Korean nuclear strikes".

Tension has risen dramatically in recent months between North Korea and its southern neighbor as well as the United States and Japan. The year 2022 was marked by a record number of missile launches by Pyongyang, which notably launched its first ICBM in five years in March. Another intercontinental missile fell off Japan in November.

Three short-range ballistic missiles were fired by North Korea again on Saturday, and another on Sunday at dawn. KCNA referred to “an extremely large multiple rocket launcher firing exercise”.

And on December 26, five North Korean drones entered southern airspace, even flying over the northern capital Seoul. Despite the deployment of fighter jets and helicopters for five hours, the southern army was unable to shoot down the drones during this incursion, the first of its kind in five years.

This is not the first time that North Korea has announced the mass production of atomic bombs, said Go Myong-hyun, a researcher at the Asan Institute for Policy Studies.

“The intention is that if North Korea produces nuclear weapons in mass, even without engaging in aggressive provocations, the United States will have no choice but to one day recognize North Korea as a state. nuclear," the analyst told AFP.

"Kim Jong Un's New Year's message is something like: let's play with nuclear weapons," he continued. According to him, the North Korean leader is trying to show that "North Korea will not beg for dialogue and that it will put pressure on South Korea and the United States, especially the United States, by strengthening its nuclear power. ".

Kim Jong Un had already said at the end of November that he wanted to endow his country with "the most powerful strategic force in the world". Two months earlier, North Korea had adopted a new doctrine making its status as a nuclear power "irreversible", and authorizing it to carry out a preventive atomic strike in the event of an existential threat against its regime.

Seoul and Washington lend Pyongyang the intention of carrying out a new nuclear test soon, which would be the seventh in its history and the first since 2017.

North Korean leaders say a credible nuclear deterrent is essential to the survival of their country, which says it is under constant threat of aggression from the United States.

For their part, the United States, South Korea and Japan have strengthened their military cooperation and joint maneuvers in the region in the face of North Korean threats, especially since the announcement of Pyongyang's new nuclear doctrine. But this reinforcement has further irritated North Korea, which sees these exercises as preparations for an invasion of its territory or an attempt to overthrow its regime.

1 Shakira and Gérard Piqué: unmasked thanks to abnormal... 2 Pope Francis addresses the faithful the day after... 3 100 questions and illustrated answers: how to take... 4 [PHOTOS] Retrospective: here are the outstanding outfits... 5 [QUIZ] Economy and consumption: have you remembered... 6 15 years of the Galahad association: horses adopted... 7 Contributory pensions rise 8.5% in 2023 and the salary... 8 The Court of Auditors questions that public contracts... 9 The new contribution system for the self-employed,... 10 Raquel Sánchez sees 2023 as decisive for mobility:... 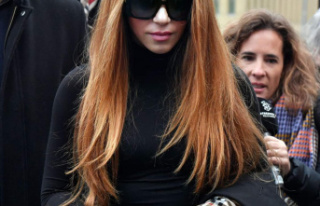 Shakira and Gérard Piqué: unmasked thanks to abnormal...