The influence of firms on EU climate policy: Lobby for Oil and Gas

On Wednesday, the EU presented its first climate bill, the "Green Deal". The fossil fuel industry is responding with hectic activities. The Oil and gas indu 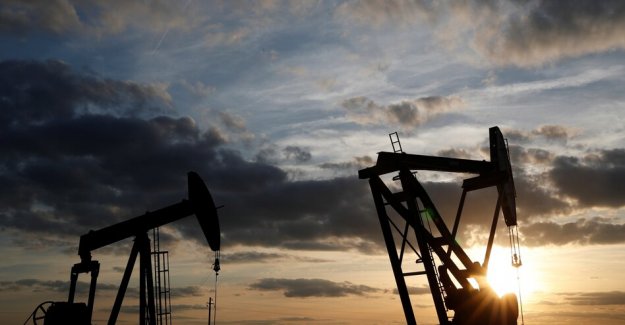 On Wednesday, the EU presented its first climate bill, the "Green Deal". The fossil fuel industry is responding with hectic activities.

PARIS taz | The date was well chosen, the title is promising: On 17. February, two weeks before the proclamation of the EU's first climate protection act, invited the Association to the International Oil and gas producers (LOGP) to the exclusive Dinner. Guests of the Brussels deputies, the Minister of the environment of Finland, which has the presidency of the Council, and members of the EU Commission. The theme: "Oil & Gas and the Green Deal". The place: the European Energy Forum in Brussels. The LOGP is according to the transparency register per year 350.160 Euro for lobbying. In the European Energy Forum, an informal working group of the European Parliament, are also represented by 82 companies in the Oil and gas industry.

At the Events is not desirable to the Public. Environmental and consumer associations are not invited. On a request from the French newspaper Libération said: "At our events, no journalists are allowed."

The planning for the Green Deal to plunge the Brussels lobbies in hectic activities. Behind closed doors the Oil and gas companies and has been for months, to influence the way the EU climate neutrality. "The five largest Oil and gas companies and their interest groups in Brussels stated that they had plugged in since 2010, over a quarter of a billion Euro in lobby campaigns in order to delay climate-friendly measures, to weaken and sabotage," - said in a report by several environmental organizations from the end of October.

Personal Meetings with decision makers for the influence of important. "Such corporate-sponsored events in the European Parliament is commonplace," says Christophe Grudler, a French member of the European Parliament, the Macron-group of the Renaissance-MoDem, and a member of the industry Committee. The energy Forum is a place for debates, where members could inform themselves. But: "We, of course, not everything that is said there at face value."

another way for the influence of prestigious think tanks such as the Centre for European Policy Studies (CEPS) are. On 4. Of December was held a conference on the "preparation of the European Green Deals". The event, "only for invited guests", was funded by the energy companies Equinor and Fortum, and was held "with the support of the Finnish presidency of the EU", and Ministers from Norway and Finland.

On 4. In March, the European Commission published a law, to lead Europe by 2050 climate neutrality. On this occasion, have found four European media to cooperate together, to texts replace: Libération from France, the Guardian UK, Denik Referendum from the Czech Republic and the taz. In addition to the impact of the lobbying, especially, the influence of the climate change deniers is an issue.

Also in the CEPS can be company members. The U.S. Oil company ExxonMobil is paying for that 15,000 Euro per year. In its annual report in 2018, the think tank announced, to organize exclusively for the members of the "Entrepreneur breakfasts", especially with Frans Timmermans, the Vice-President of the European Commission, responsible for the Green Deal.

Since the announcement of the climate plan last summer, the Team of the EU is being courted-President of the Commission, Ursula von der Leyen violently by the gas industry. Alone between the age of 20. and 30. January had to Meet representatives of the industry Association Eurogas with six members of the Commission agreed, in the Cabinet of Timmermans and in the directorates-General for trade, budget, agriculture, economy and Finance, as well as disaster protection. Every Time it went to official figures, the Green Deal.

energy Commissioner Kadri Simson star speaker of the annual conference of Eurogas, the on 19. March will take place in Brussels. The Association has six accredited staff with free access to the Parliament and the output in 2018 alone € 800,000 for lobbying. "The Directorate-General for energy is very open to the Gaslobby," says the Deputy Pascal Confin (Renaissance), the Parliament in the environment Committee of the EU-the presidency.

The Association of LOGP was also not idle. 17. December met with his representative, the Director-General for energy, Ditte Juul Jørgensen, and in January, two more members of the Commission in other directorates. The theme was always the same: the Green Deal. Also, the European employers ' Federation business Europe, and its President, Pierre Gattaz, show keen interest in the new environmental plan to the Commission. Two days before the promulgation of the climate change act there is a Meeting with the Cabinet of the President. The topic: the Green Deal.

environmental side makes mobile. Think tanks and environmental organisations like the WWF, the transport umbrella organisation Transport & Environment (T&E), Climate Action Network or the European Climate Foundation (ECF) are networked in Brussels also good. They have the appropriate resources, although the decrease is smaller than in the case of their opponents. For example, the ECF has issued in the year 2018, according to its own figures, between 500,000 and 600,000 Euro for lobby work, T&d, almost 800,000 Euro and the WWF between 2.2 and 2.4 million euros. The WWF met since the beginning of the year seven times with representatives of the various directorates-General, T&E, even ten times.

The lobbies of the economy not only use direct channels. They rely on consulting companies. FTI Consulting approximately holds according to Transparency International, the second place in the rank list of most of the Meetings with the EU were able to agree on the Executive. Among the customers, Eurogas and ExxonMobil.

The Advisor on the change of politicians in the economy, as happens in Brussels and often. An example of this revolving door effect Jean-Arnold Vinois is. The consultant for energy policy at the Jacques Delors Institute, a well-known think tank, is also the honorary Director for energy at the European Commission, and sits on the international Advisory Board of Fleishman-Hillard. The Brussels PR firm working for the lobby Association of Gas Naturally and the Association of Oil and gas refineries FuelsEurope. In a controversial campaign that blew up last year, captured Fleishman-Hillard about 200 critics of the pesticide glyphosate on behalf of Bayer, Monsanto.

media are subject to the financial strength of the influence of the Fossil fuel Lobby. To Euractiv, a multilingual news portal for European politics, appeared to be about 27. November, 2019, an article on the Leyens climate policy. On the edge of noted: The Text has emerged "with the support of the International Association of Oil and gas producers". The popular Newsletter, the weekly newspaper Politico, the look behind-the-Brussels-Scenes, are regularly sponsored by ExxonMobil.

Which Lobby strongly for the representatives of the powerful EU States with a total influence, however, no one exactly. Because for a lot of Meetings, there is, unlike in the case of the EU-Commission, no transparency register. Neither the European Energy Forum, the France-Department of FTI Consulting, the CEPS or Politico responded to our requests.

The author writes for Libération. Translation from the French: Sabine Jainski

1 Dax conquered the 12,000-point mark, despite weak... 2 Petrol and Diesel as cheap as for a long time: a Question... 3 Turkish President Erdogan continues with the opening... 4 According to Attac-judgment to charitable status:... 5 iPhone 12 is on the Brink: the Next accident-forecast... 6 Earlier in pension thanks to the credit system - This... 7 Italy wants to distribute due to Corona billion to... 8 Demand for supply chain law: companies want to state... 9 To cages close Single for sows: animal protection... 10 650 employees affected: Real decides before the sale...