The world economic forum in 2020 is in the character of the climate. Also thanks to Greta Thunberg. US President, Donald Trump is the matter. Ok, boomers: cli 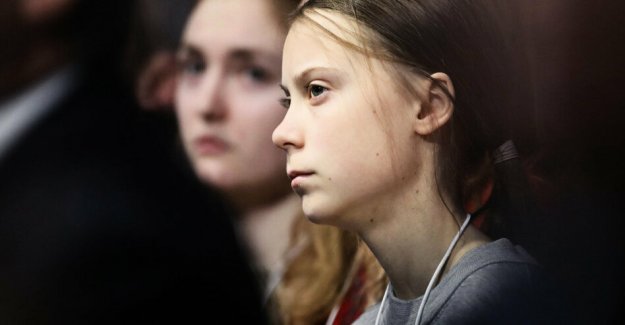 The world economic forum in 2020 is in the character of the climate. Also thanks to Greta Thunberg. US President, Donald Trump is the matter.

Tuesday morning, 8: 30 PM, this year's world economic forum in Davos has just begun, as Greta Thunberg is already on the stage. The editor-in-chief of the U.S. magazine Time refers to the climate activist and inventor of the Fridays-for-Future-movement is the first. Yes, says Thunberg, in the past year, you've got a lot of attention. Actual progress there, but still. "The carbon dioxide emissions continue to rise."

Thunberg is not a lot of words, speaks softly and reserved. Then she lets the other young environmental activists to the Podium first. The day before, she canceled a press conference in Davos due to fever. She looks pale and exhausted, in her gray Jogging pants and pink Hoody, maybe you would rather have stayed in bed.

In this windowless hall of the Congress centre, the event will take place on the first day, traditionally, that sets the tone of the entire forum. This time, not any Group were placed in Board members here, but the 17-year-old student from Sweden.

Klaus Schwab, head of the world economic forum (WEF), seems to know what has struck the hour. Cameras pan to cranes over the heads of the audience. The 300 places are fully occupied.

a Few hours after Thunberg also US President Donald Trump in Davos occur. As the head of government of the most powerful state in the world, he will get the largest room that holds maybe 1,500 people. These two performances form the core of this year's WEF.

The two individuals are antipodes, they stand for the directions of development, which can take the policy in the coming years.

Trump dismantled the globalization of the past 40 years. Also institutions such as the world trade organisation (WTO) threaten to go on break, which ensured cooperation between the States. Thunberg and your people put on enhanced cooperation between governments, companies and initiatives in different countries.

While Trump is also the warming of the earth's atmosphere is ignored, calls for Thunberg to exit the fossil economy model within a few years. Fossil nationalism is against sustainable internationalism.

On the Podium of the Time a Journalist wants to know now, of Thunberg, how you deal with trolls on the Internet.

she is irritated looking, holt says a piece of paper from the pants pocket, you would now come to the point, and reads: "In the report of the panel of the United Nations on climate change by 2018, Chapter 2, page 108, if you want to have a 67 percent Chance that the temperature rise under 1.5 per cent to keep, not only to meet with a 420 gigatonnes of carbon dioxide."

This Budget would be exhausted in 2026.

Greta Thunberg has no time to lose. Smalltalk makes you impatient. Your point is to get the message out. "We demand," she wrote recently that all the participants of the WEF "finish immediately and in full," your investments in fossil fuels. This unique exposure is here in Davos, in the first line of the company.

the climate-activist*refer to the inside, among other things, to study "What if" the Frankfurt-based consulting company Right. The looked at recently, the climate policy of major German corporations, the support of the WEF as a so-called strategic Partner.

question: how many degrees would heat up the earth's atmosphere by 2050, if all companies behaved as such as Deutsche Bank, Siemens or Volkswagen? In the case of the Deutsche Bank Right calculated to 2.8 degrees of warming, at Siemens, 4.3 degrees, and at Volkswagen of 3.3 degrees.

Greta Thunberg, at the world economic forum in Davos

"stop immediately all investments in fossil fuels. Whether we are naive? No, it is simply necessary!“

These companies were in violation of the Paris climate agreement, so Right. On request, Deutsche Bank and Siemens, have not had the calculations of the Right in doubt, pointed to their own efforts to reduce their CO2 emissions. VW replied, "the goal of full Decarbonisation of the group by 2050 was".

After your event Thunberg does not come first of all from the stain. Microphones, Jostling. But she still has a couple of other appointments, for example, they must meet the same Oliver Bäte, head of Allianz insurance. In the meantime, the US President is but for the first time on it. The snakes of the Upcoming shift in front of the doors of the great hall.

11: 50 a.m.: In a blue suit and red Tie, Donald Trump enters the stage. After a short introduction by Schwab, he begins his half-hour speech of the two tele promptern to the right and to the left of the Redepults to read.

It is a hymn of praise to the own policy, the good condition of the U.S. Economy, and a glorious future. His government had created 7 million new Jobs and unemployment to 3.5 per cent reduced to "as low as in any other presidency". Trump: "We have brought out 10 million people from the social assistance." 12,000 new factories were created during his tenure.

The economic recovery was a "more inclusive", he is of benefit to the workers, their families, the middle class, women, African-American and Hispanic citizens of the United States.

Triggered he did all this, says Trump, through tax cuts, the abolition of the obstructive laws through threats of Sanctions and punitive tariffs against competitors on the world market. Thus, his government would set new, for the United States, advantageous trade agreements with China, Mexico, and Canada. The President recommends to the world, to follow the example of the United States.

The words "global warming", "carbon dioxide" and "climate" are not in trump's speech. Instead, he explains, thanks to Fracking the United States is now the largest producer of oil and natural gas in the world. The future, as in "clean coal". The anxiety of the 1990s, the oil could go to the end, have proven to be luckily, wrong. Nevertheless, his country could the people on "clean air and clean water" to look forward to.

After all, the US President, to participate in Schwab's Initiative promises to plant world's "one trillion" of new trees. For Trump receives the only applause. At the end of his speech, the Auditorium claps for a few seconds. It was indignant, says Green Co-chief Robert Habeck, the ZDF, then, "the worst speech I've heard in my life". Trump had shown that "He is the opponent. He stands for all of the problems we have.“

Trump and Thunberg – of the two planets. The U.S. President does not mention the activist, it but neither. A conversation between the antipodes is not concluded. The need to account for the visitors of the forum with each other and with themselves. In the past each of the key characters is also a lot about the world economic forum says. Sometimes the organizers want something different than your guests. This, in turn, targets are often not interested in the sublime, formulated by the WEF.

climate anyway, the Forum is clearly more than Trump – and closer to Thunberg. In a letter to Schwab called on all the participating heads of companies, for their companies, the reduction of carbon dioxide emissions to zero by 2050 at the latest target. Climate change is Schwab a "key theme" of this year's WEF, so. In a study by the Forum complained that only a few Hundred companies were reduced in the world so far, its greenhouse gas emissions as planned.

13 p.m.: Thunberg holds a speech at the Panel "The climate Apocalypse avoid". One of the four guests on the Podium Allianz chief asked is. Thunberg reiterates its request to the WEF companies, to immediately stop all investments in fossil fuels. We are naive?, she asks then. "No," she answers herself, "it is simply not needed."

Bäte has just established, together with the United Nations and a few other big investors-the "net-Zero-Alliance". By 2050, the companies want to restructure their capital assets in the amount of around 4 trillion euros so that they cause no carbon dioxide emissions and more.

This is asked in the front. He is looking for comrades-in-arms. However, 2050 is not immediately. Why it's not faster, asks the presenter. He must consider the interests of his company, says BATE. You can understand this: If he throws everything at once on the market, is the winning way.

1 Climate change and the growth paradigm: The crisis... 2 Tax dispute on Twitter for up-esque to be corrected... 3 Is a shame: millions of German figures, in the meantime,... 4 100,000 Euro crack is just a Region: Here, managers... 5 Dispute penalty interest: banks paid 2019 more than... 6 The fuel cell Boom: industry 2020 as the best performers 7 Partner of the world economic forum: the ship of dreams,... 8 China's ban on disposable plastic: Greenpeace praises... 9 After dam break in Brazil: Prosecutor accuses TÜV... 10 The world economic forum in Davos: a Sudden Bloom 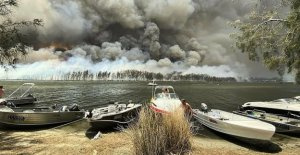 Climate change and the growth paradigm: The crisis...