Beginners Guide to Trading Moving Averages for the Forex Market 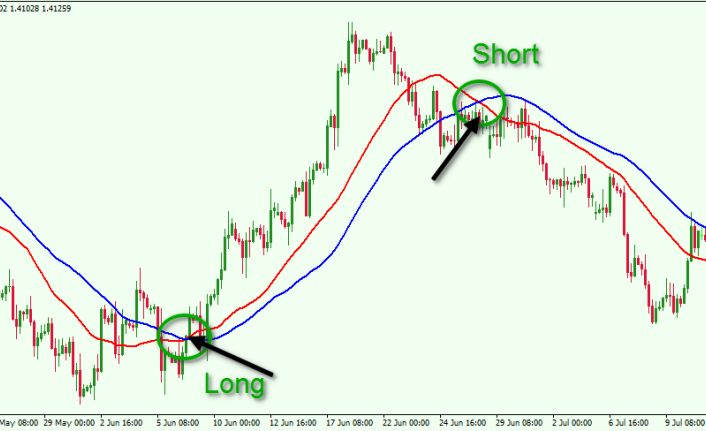 Moving averages are trend indicators that show where the trend of an asset is headed. In this article, you will discover how to use moving averages in trading your favourite forex pairs or cryptocurrencies.

What is a moving average?

Characteristics of a Moving Average

The following are what makes up a moving average’s character:

There are 3 main types of moving averages:

The simple moving average (SMA) gives equal weighting to the price on all days that make up the period used in the calculation. It does not give stronger weighting to the most recent price data, hence it tends to lag a lot. More about the SMA can be found in this forex guide.

The exponential moving average (EMA) is an improvement on the SMA, as it gives stronger weighting to the most recent price data, making it less likely to lag and more reactive to the trend than the SMA.

How the Moving Average is Used

Moving averages are used in the following ways:

As we can see from the chart above, the moving average (10EMA) served as a dynamic support/resistance, capable of performing role reversal after price has crossed from one side to another. The first opportunity was a buy setup, where prices went steeply higher, retreated a little to the 10EMA and bounced on it, creating a 2nd buy opportunity. Following this, price crossed below the 10EMA, went lower before pushing back higher but was rejected at the 10EMA line. From here, a SELL trade could be initiated to follow continuation of price down south. 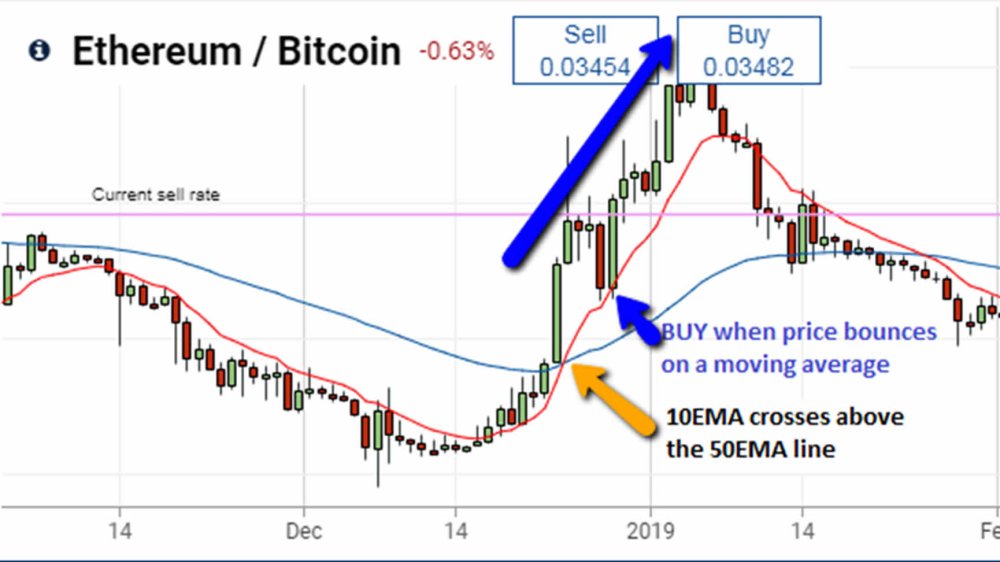 On this chart, the 10EMA (red line) crossed above the 50EMA (blue line), with price subsequently dropping to bounce off the 10EMA line. It is at the point of the bounce that the trader can initiate a buy trade. We can also see that price marched upwards thereafter.

In 1972, a trader named R.C. Allen described the use of three moving averages in a crossover strategy. This strategy uses the following time periods for the moving averages:

These moving averages use price data for time periods which correspond to a short period, a medium period and a long period. Each moving average is expected to cross the next moving average in a sequence, producing the trading signal only when all the crosses have been completed. Furthermore, this is a strategy used more for trend change detection, so signals work best when price is at extremes. 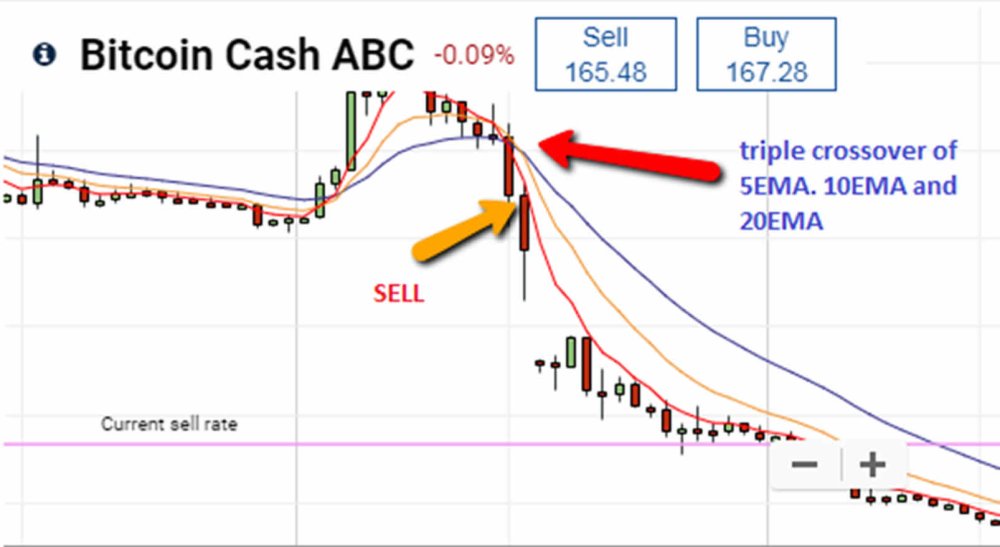 1 British Pound Weekly Forecast: Inflation Expectations... 2 Metroid Dread: successful return for the saga? Press... 3 Bitcoin reaches new record high of $66,000 4 Saudi Arabia, a major oil producer and exporter, has... 5 Emirati prosecutor investigates Dubai's Union... 6 New Heaven Hill contract ratified by striking bourbon... 7 What Drug Companies Are at the Heart of the Zantac... 8 Things You Must Know About Cryptocurrency in 2021 9 What Are the Problems with Cryptocurrencies? 10 Bitcoin Payment FAQs Answered