Fatal accident in Laval: the police are looking for an important witness

Police are looking for an important witness to an accident that claimed the life of a 26-year-old woman two weeks ago in Laval.

Police are looking for an important witness to an accident that claimed the life of a 26-year-old woman two weeks ago in Laval.

• Read also: The “vaping influencer” is filmed driving with a bottle of alcohol

On the evening of July 4, around 10:30 p.m., two young women were traveling in a Toyota brand car when they collided with a Cadillac sport utility vehicle on route 335, near avenue des Perron .

"A white Cadillac SUV traveling rapidly southbound would have passed several times to end up in the opposite lane, causing a head-on collision between the two vehicles," Laval police said in a statement.

The passenger in the car was found dead in hospital, while the driver, also 26, suffered serious injuries.

Investigations have shown that at the time of the collision, a black man wearing an orange tank top and speaking French stopped at the scene and assisted the victims.

“Investigators would like to get in touch with him as well as with any other person who witnessed the event and the scene,” said the Laval police force.

Anyone who witnessed this accident is invited to contact the Laval police by calling 450 662-INFO (4636).

1 Green hydrogen: the government launches a call for... 2 Will Carey Price play in September? 3 Régates de Valleyfield: a successful tour de force 4 CH hopes at the American team camp 5 German economy without Russian gas a 'great threat' 6 90 day camp children transported to hospital after... 7 “The Russians want blood, not negotiations” 8 Save the date: take-off to the Moon possible from... 9 Western countries will give Ukraine more time to pay... 10 On social networks, misinformation based on weather... 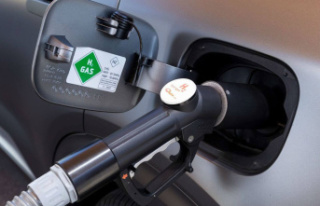 Green hydrogen: the government launches a call for...