On social networks, misinformation based on weather maps

Climate change critics have found a viral way to spread doubt on social media during a heatwave: posting weather maps out of context, suggesting that forecasters are exaggerating about climate change by overusing the color red. 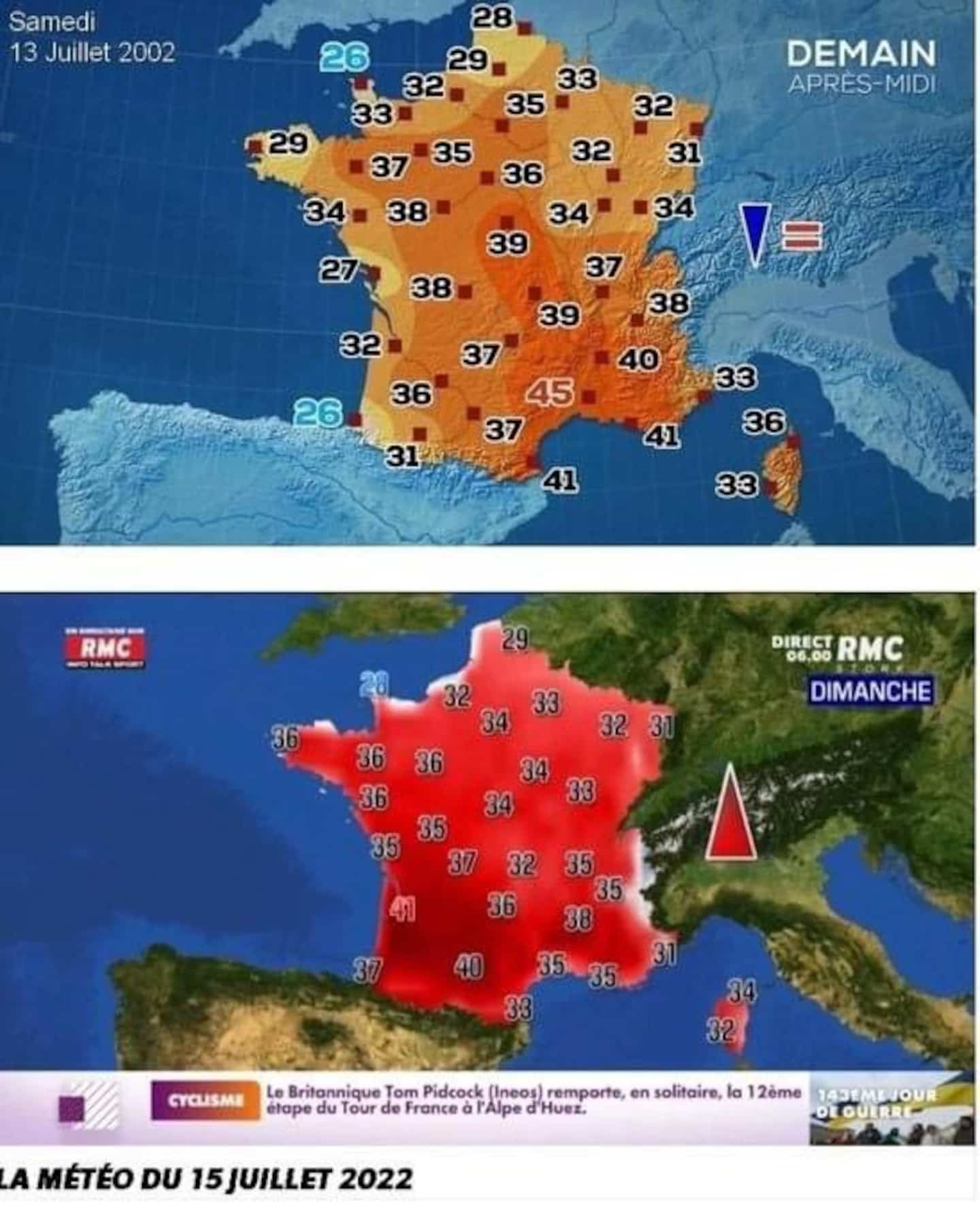 Climate change critics have found a viral way to spread doubt on social media during a heatwave: posting weather maps out of context, suggesting that forecasters are exaggerating about climate change by overusing the color red.

• Read also: Quebecers on vacation in Europe suffer the impacts of sweltering heat

• Read also: Humidity comes to spoil the party in Quebec

These publications generally suggest that the color of the cards has been changed to red, by media or authorities seeking to create panic.

In France, two maps, supposed to prove that the media intentionally want to scare people with the 2022 heat wave, have been shared several thousand times on social networks since July 15.

To a very real map of temperatures in France on July 17, Internet users oppose an alleged weather forecast with similar temperatures in 2002, but much less red, implying that the media intentionally exaggerate their coverage of extreme heat this summer .

“20 years between these two cards... At the time, they were probably doing less brainwashing... living in fear, in fear of tomorrow... the media does a real psychological job on the population. .. and it works not too badly”, says a surfer on Facebook.

"What today is a climate catastrophe was a beautiful summer day in 2002..." laments a post published on Facebook on July 16.

Problem, the second map is actually from 2019, and the maps came from different sources that didn't use the same gradients and colors - not, as the post claimed, from a single weather forecaster who manipulated his color palette. .

Similar publications were distributed in May and June in English and German in particular.

In an example also shared in French on Twitter and elsewhere, two maps of Sweden showed, side by side, similar temperatures: one green dated 1986, while the other was orange and dated 2022, implying that over the years, the same temperatures would correspond to more and more alarming colors.

In fact, a digital investigation revealed that the years indicated on the cards were not the correct ones, and that they came from different media, again using different color codes.

Another type of viral climatosceptic post, in Spain, users shared the photo of a newspaper dating from 1957 which reported a temperature record of 50°C. The article was authentic, but Spanish meteorologists explained that the temperature measurement had not been certified or officially registered.

Climate scientists agree that carbon emissions from humanity's burning of fossil fuels are warming the planet, increasing the frequency and severity of heat waves and other extreme weather events.

With temperatures exceeding 40°C, the heat wave hitting Britain this week has also drawn comparisons to the summer of 1976, when the temperature reached 35.9°C. Experts explain that this precedent in no way contradicts the idea that heat waves will increase.

“Of course there have been heat waves in the past, but the big difference with 1976 is the state of the rest of the world,” explains Friederike Otto, a researcher at the Grantham Institute for Climate Change at Imperial. College of London. “In 1976 there was a heat wave (in Great Britain), in 2022 there are heat waves all over the world, and there were also heat waves in 2021, 2020, and 2019”.

Detailed verifications of the facts cited in this article are available on factuel.afp.com.

1 Here are some tips to avoid heatstroke 2 Secret trial of police informant will remain secret,... 3 Eugenie Bouchard is not registered for the US Open 4 NFL: Sean Payton intends to return to the sidelines 5 15 things to remember from the crisis in Sri Lanka 6 A tough summer for Justin Trudeau's Liberals 7 Pope's visit: "A salty bill" 8 Translation software helps a Ukrainian refugee with... 9 Montreal will launch the public consultation for the... 10 Jake Virtanen's trial is well underway 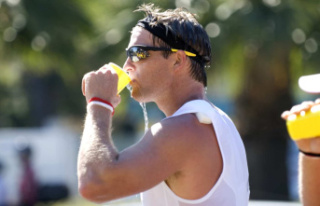 Here are some tips to avoid heatstroke