Germany's GDP grew more than expected in the third quarter, with an expansion of 0.4% 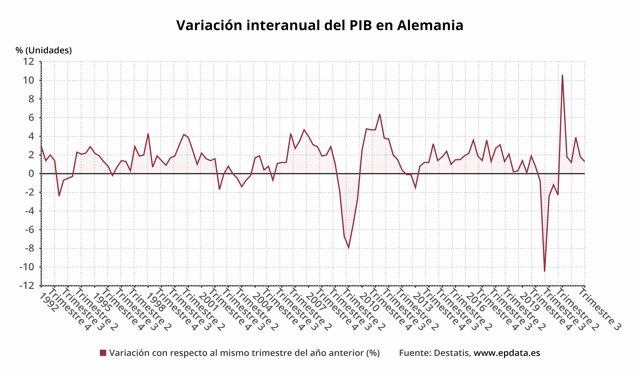 The gross domestic product (GDP) of Germany, the largest economy on the Old Continent, accelerated its rate of expansion in the third quarter to 0.4%, one tenth more than previously estimated and well above the growth of 0.1 % registered between April and June, as reported by the Federal Statistical Office (Destatis).

"GDP increased, as had been the case in the first two quarters (0.8% and 0.1%, respectively), despite difficult general conditions in the world economy, such as the continuation of the Covid-19 pandemic. 19, delivery bottlenecks, continued price increases and the war in Ukraine," the statistical office noted.

Compared to the fourth quarter of 2019, the last quarter before the start of the Covid-19 crisis, the GDP of the 'European locomotive' exceeded the pre-pandemic level for the first time in the third quarter of 2022 ( 0. 3%).

In the third quarter of the year, economic growth was mainly driven by household final consumption spending, since, despite price increases and the expansion of the energy crisis, consumers took advantage of the opportunity to travel and go out more, after the lifting of almost all the restrictions by the Covid-19.

Thus, final consumption spending by households increased by 1% compared to the second quarter, while final consumption spending by the Government remained approximately at the level of the previous quarter. Likewise, gross fixed capital formation in construction fell by 1.4% and gross fixed capital formation in machinery and equipment increased by 2.7%.

Overall, foreign trade increased, despite the difficult international situation. Thanks to continued high stock orders and improving supply chains around the world, Germany's exports of goods and services increased by 2% in the third quarter of 2022 compared to the second quarter of 2022, while the The increase in imports of 2.4% was even higher than that of exports.

1 Lazora changes its name to Nestar and announces the... 2 Industrial inflation moderates its growth to 26.1%... 3 RELEASE: Sebastien Planche, dss : "The integrated... 4 STATEMENT: Green hydrogen: the great energy challenge... 5 The children's firm Amaya presents this Friday... 6 RELEASE: Close to 2,000 financial managers discuss... 7 RELEASE: The XII edition of the Master in Political... 8 STATEMENT: The Loewe store in Barcelona and the Hotel... 9 RELEASE: Majorel wins Outsourcer of the Year award 10 The Ibex 35 rises 0.26% and conquers 8,400 points... 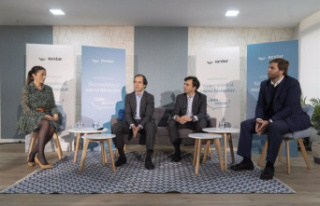