No doubt, inflation is the No. 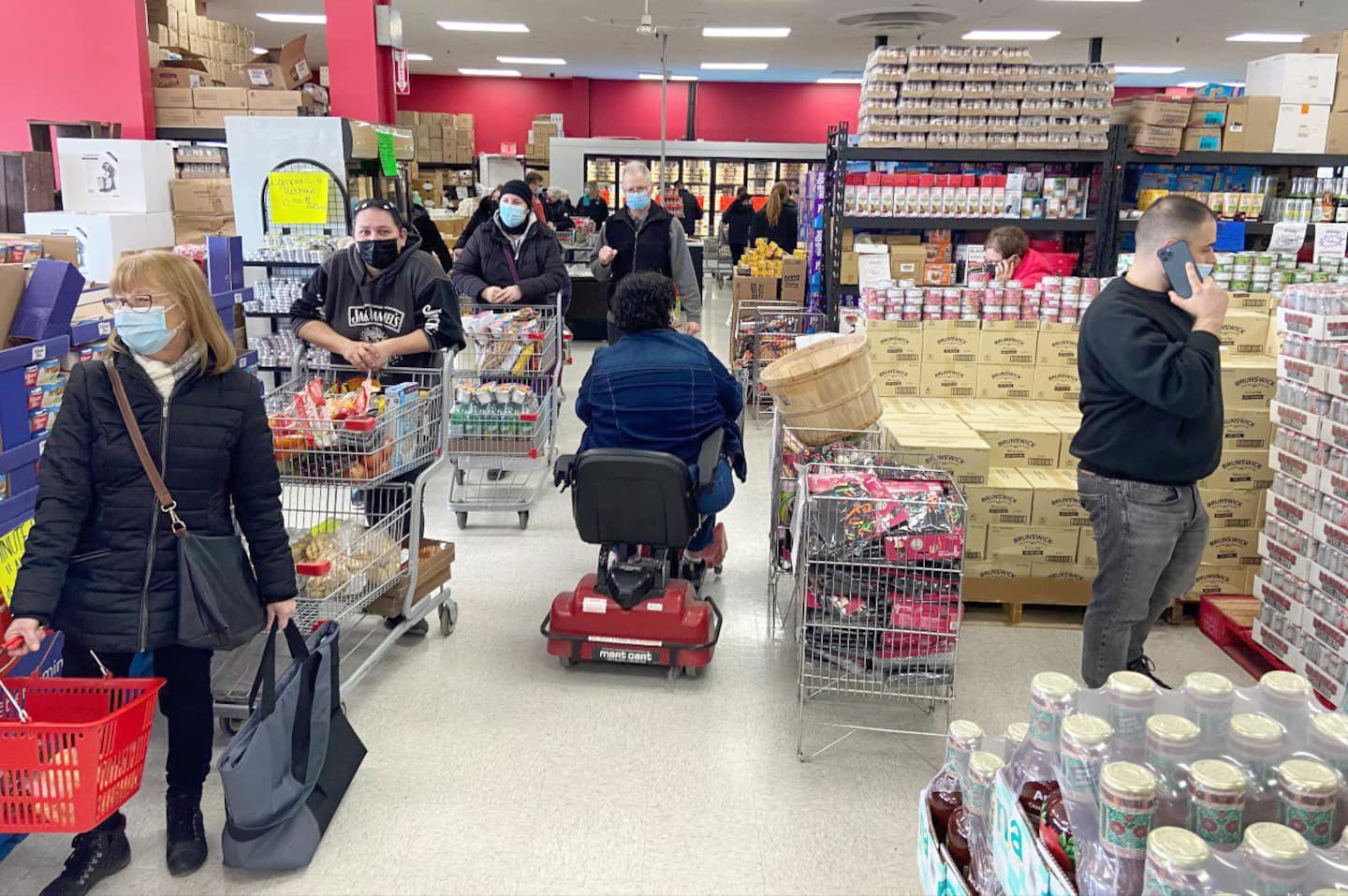 No doubt, inflation is the No. 1 economic topic in Quebec in 2022. Even if it is a bit technical, the word has taken hold in everyday language as quickly as prices have risen in the grocery store.

• Read also: The revenge of consumers

Inflation is also the word of the year for the Center for Interuniversity Research on French in Use in Quebec (CRIFUQ).

“We have all incorporated it into our vocabulary,” writes CRIFUQ, which notes that in “normal times” it is reserved for economists, accountants and other experts.

Journalists are no exception. The word was one of the most used in Quebec media in 2022.

“The more we talk about it, the more important it becomes,” warns Jean-François Dumas, president of Influence Communication.

He calculates that the word appeared on TV, radio, newspapers and the web (excluding social media) almost 8 times more in 2022 than last year.

"It's gigantic as a cover," says this long-time observer of Quebec media.

Inflation is primarily a keyword and not a topic. It can be found in an article or a report that has nothing to do with inflation.

Still, overall, Quebec journalists mentioned him twice as much as Vladimir Putin in 2022.

"There is still a war between Russia and Ukraine," says the expert, trying to put things into perspective.

We are getting poorer

Was the phenomenon exaggerated by the media or were the journalists only doing their job of reporting the reality?

It's the egg or the chicken, the debate is open. What we do know is that no one predicted such a rise in the cost of living last January.

"You can't just blame Russia, even though its invasion of Ukraine drove up energy and food prices early in the year," concedes Doug Porter, chief economist at BMO Financial Group. .

With his team, they predicted inflation of at most 3.5% in Canada in 2022, which is already not bad.

We also expected, at BMO as elsewhere, that interest rates would increase moderately and that the key rate would go from 0.25% to 1.25%.

It is currently at 4.25% after 7 consecutive increases, something Quebecers who have mortgage payments already know all too well.

Everyone underestimated the impact of the real estate craze of 2021 and the beginning of 2022 on inflation, recognizes the forecaster emeritus.

"House prices have exploded, thanks to speculation and extremely low interest rates, and you can't blame Russia or the supply chain for that," he says.

In short, Canada was ripe for a healthy dose of inflation, war or not, which almost no one saw coming.

“You have to know that you can be wrong all along the line. It makes you humble, ”says the director of BMO.

Twelve months later, eating is costing us 11.4% more, our mortgages 14.5%, and gasoline 13.7%, according to official November figures.

These three expenditure items — food, housing, transportation — are by far the largest for households, for which these increases are calculated in thousands of dollars per year.

Like prices, the profits of large corporations, notably the banks, have swelled this year in Canada.

A 60-year high was even reached in April, May and June, when after-tax corporate profits accounted for 20% of GDP.

This is more than double the average recorded between 1960 and 2000, says Statistics Canada.

THE INFLATIONARY CRISIS IN QUÉBEC IN A FEW DATES

François Legault promises to send a second check to Quebecers if he is re-elected on October 3. He had already offered a $500 inflation tax credit in the March budget. The second aid, a tax-free check of $400 to $600, will finally be paid in early December.

The peak is reached on this date, when the June Consumer Price Index figures are released. These are the highest of the year, with an inflation rate of 8.1%.

The drought in California is worse than expected and is causing the price of imported fruits and vegetables to rise in Quebec, which buys $3 billion in lettuce and berries per year in this American state.

Ottawa is opening an investigation into the profits recorded by Canadian grocery stores in recent months. The Standing Committee on Agriculture and Agri-Food does that. The first meeting, in December, shows that MPs are no match for industry representatives.

Inflation is on everyone's lips at the end of 2022. Le Journal went to ask Quebecers what their economic topics were for the year. All spontaneously mentioned the rising cost of living.

The inflationary crisis, which began in 2021 and worsened following the Russian offensive in Ukraine, has exploded the popularity of savings tools, whether discount stores, such as Dollarama, d applications such as the Quebec platform Glouton or grocery stores offering low-cost shopping, such as Les Escomptes Saint-Jean.

NO OTHER CHOICE BUT TO RETURN TO WORK

“I was a stay-at-home mom and I have to go back to work. We can no longer afford me to stay at home to take care of my daughters,” explains Sabrina Firmino-Matheus, a young mother.

Widespread inflation strained the family budget. And in 2023, it will be worse: "We bought our house in 2018," she adds. We will have to renew our mortgage rate, it hurts very very badly. »

Amal, another mother met by Le Journal, also says she is looking for a job to fill the hole left by inflation.

Same story with the older ones: Diana, recently retired, says that several of her friends close to retirement think they will have to postpone the moment of their departure from the labor market.

IT'S PARTICULARLY PAINFUL AT THE GROCERY STORE

“The price increase is really remarkable when I do my groceries, on all the items,” says Diana, a retiree crossed in a shopping center in the Montreal agglomeration.

Food inflation spares no one, even if gasoline, at more than 13%, remained – by a little – number one for inflation in November.

If low-income families were already used to looking for discounts, they now find themselves with a hole in their budget. As for more affluent households, many explain to the Journal that they have started for the first time to scrutinize flyers and discounts.

AND THE PRICE OF FOOD WILL CONTINUE TO CLIMB IN 2023

“A lot of people are hurting, even with Mr. Legault's check. Those who struggle, they will struggle even more,” worries Michel, a retiree who says he is lucky not to be in need.

"It will continue the same with environmental problems and resources that are increasingly scarce," said André Vellis, a resident of the suburbs of Montreal.

The latest annual report on food prices seems to prove both men right: high food inflation will continue. An increase of 5% to 7% is expected in 2023.

As for the reasons: yes, unfavorable climatic events are indeed in question, but we must add in the balance the war in Ukraine and the high price of oil.

1 An infection turns into a nightmare 2 Does your insurance cover your broken windshield? 3 United States: the disappearance of a girl reported... 4 She gets a $1000 tip on Christmas Day 5 Quebec: A woman is missing 6 Seoul grants pardon to ex-president Lee Myung-bak... 7 Japan to impose Covid tests on visitors from China 8 RELEASE: mesoestetic® joins forces with S'Young... 9 RELEASE: Boulevard World contributes to Saudi Vision... 10 Agglomeration of Longueuil: A man is missing 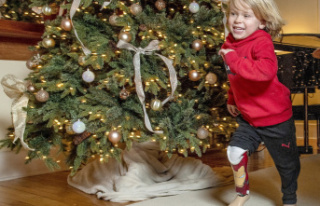 An infection turns into a nightmare