In sweat and mud, a Thai buffalo race to preserve traditions

Barefoot, four intrepid sprinters try to control their slender beasts galloping through the muddy waters of a rice field, to thunderous cheers: the Thai buffalo races draw a crowd of enthusiasts to Chonburi every year. 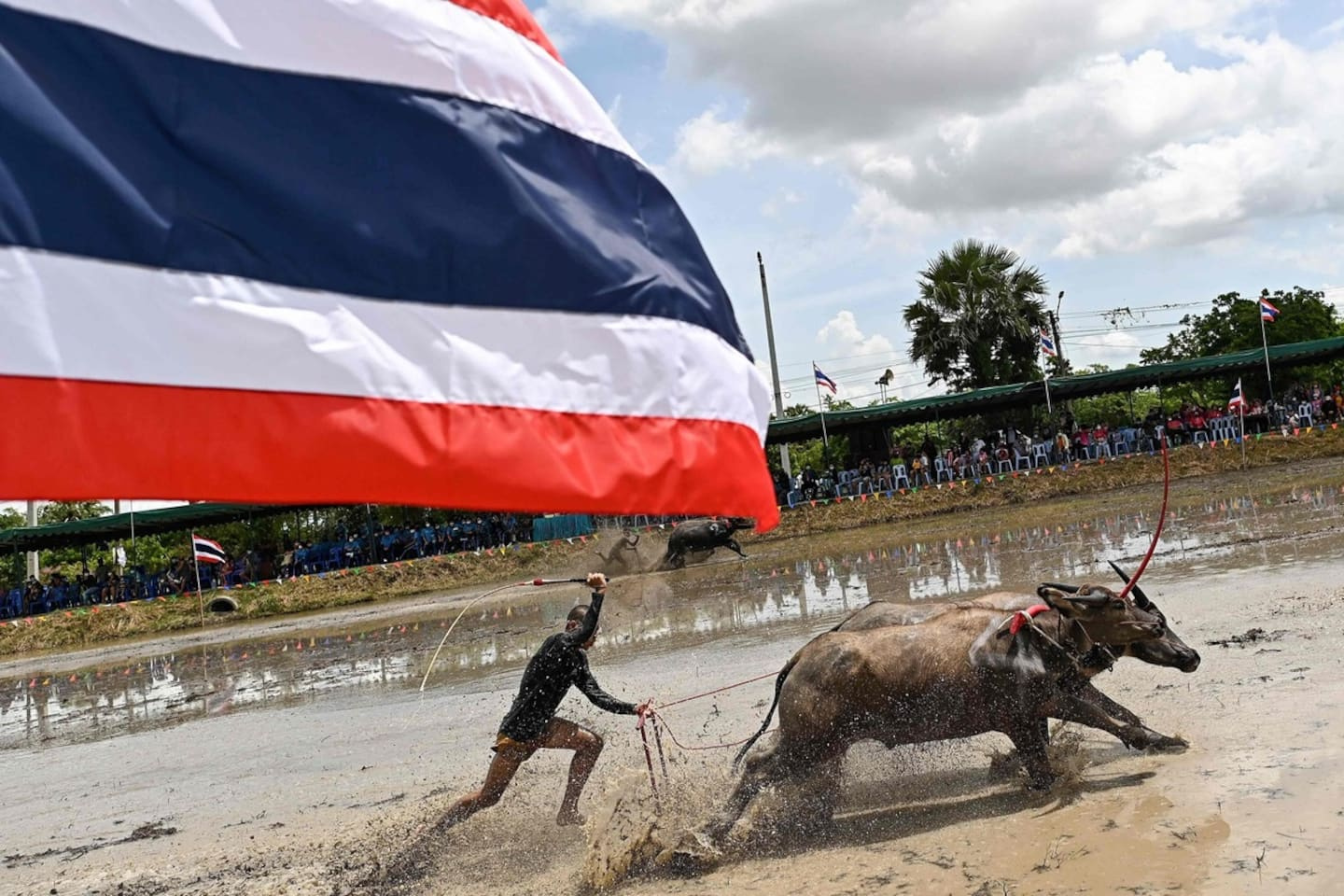 Barefoot, four intrepid sprinters try to control their slender beasts galloping through the muddy waters of a rice field, to thunderous cheers: the Thai buffalo races draw a crowd of enthusiasts to Chonburi every year.

This joyous, noisy and slightly chaotic tradition marks the start of the sowing season, and a festival atmosphere reigned in this rice-growing province in the east of the country on Sunday.

"Before the start of the race, we are a little excited and nervous," says Sompong Ratanasatien, 33, who is struggling to catch his breath after the race, soaked from head to toe.

The first seconds are the most delicate, he assures, when the riders have to contain their heavy team while waiting for the official whistle to cross the starting line.

“After that, it all depends on your buffalo and how it adapts to your skills,” says Ratanasatien, a multiple winner with his two-year-old male Kao.

Under the blows of a bamboo whip with a metal tip, the usually placid cattle metamorphose, to go wild for the time of the aquatic race.

Competitors are chosen based on their weight and height. Larger creatures generally go slower, but maneuvering them requires a lot more skill from their human teammates.

And the runners, who prepare and train with the animals for weeks, do not always have the upper hand. They often get dragged through the mud during accidental false starts.

"I don't think normal people can do that," said fan Within Lueanguksorn, 38, who traveled from Bangkok to watch the races. “There is a relationship between them,” humans and their beasts, he says.

At the end of the final sprint, the buffaloes tumble down in shambles and at full speed, failing to overthrow the spectators crazy enough to stand near the finish line.

"It can be a bit dangerous if the buffaloes run too close to each other, it can cause an accident - so riders need to be careful," said runner Noppadon Yindeesuk, 45.

“They are over two years old and they won the race last year,” he said with a broad smile, adding that he trains with them every three or four days.

For Noppadon Yindeesuk as for many others, however, the spectacle offered on Sunday goes beyond sports entertainment: "I am participating in the race because I am trying to preserve our Chonburi traditions: good buffaloes, and good rice" .

1 Dozens of arrests during the Pride March in Istanbul 2 Moscow says it hit an arms factory in Kyiv 3 TO SEE | Dramatic clouds that look like the ocean 4 Overwhelming heat for southern Quebec 5 Wimbledon: Denis Shapovalov wants to find his bearings 6 Abortion: American companies get involved, but not... 7 [PHOTOS] Major fire in the east end of Montreal 8 Retirement or a 25th season for Chara? 9 Deshaun Watson will explain himself to the NFL 10 Memorial Cup: The Cataractes swear they learned their... 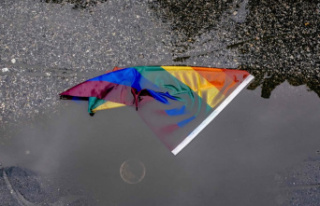 Dozens of arrests during the Pride March in Istanbul