“In the Deep South, we were lynching effigies of Elvis!” - Baz Luhrmann

Interviewed while he was still in the middle of editing his “Elvis”, Baz Luhrmann was talkative, passionate, enthusiastic. 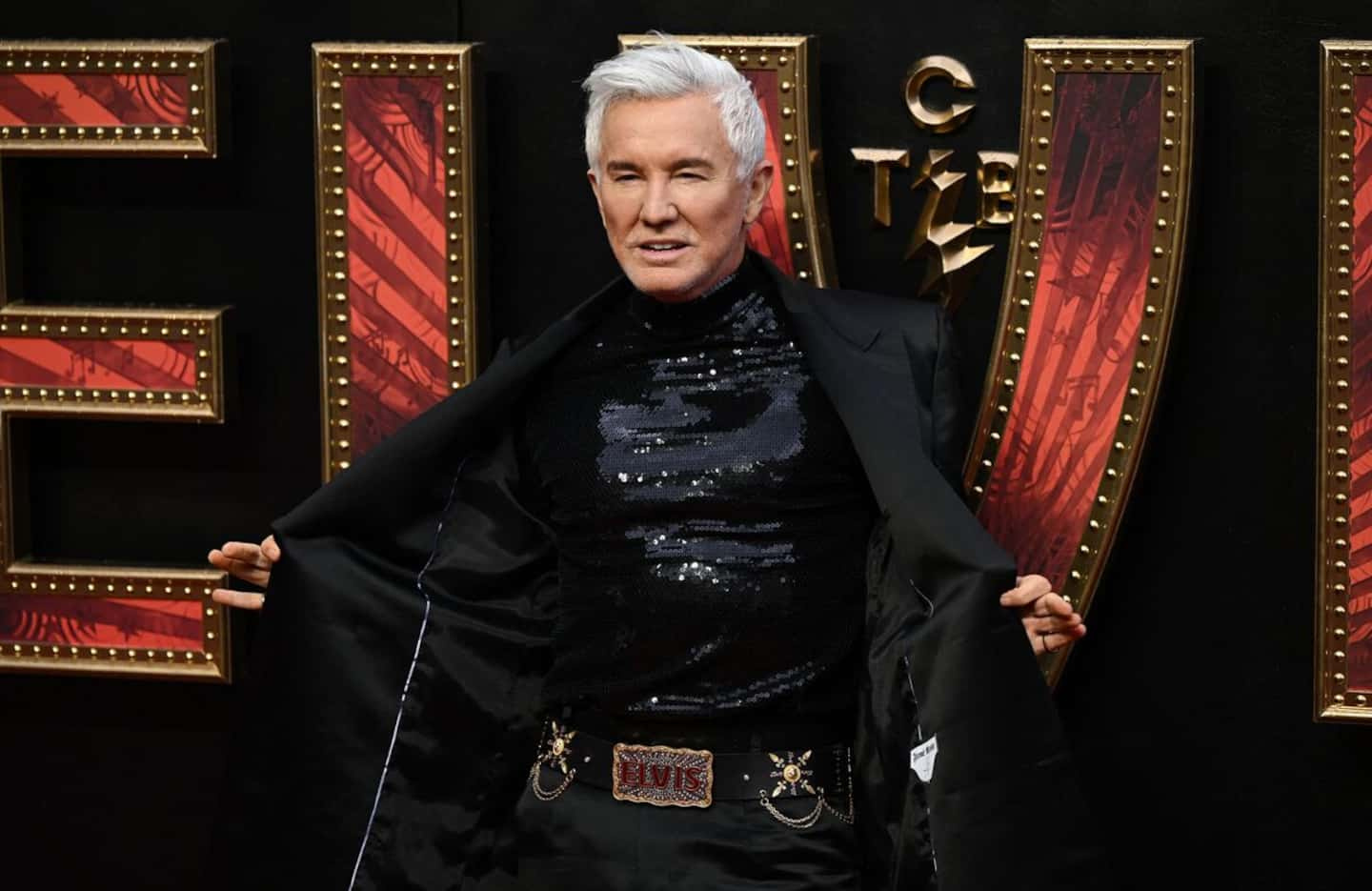 Interviewed while he was still in the middle of editing his “Elvis”, Baz Luhrmann was talkative, passionate, enthusiastic. In the studio and in front of the videoconference camera that connected him to the QMI Agency, the filmmaker moved to the invisible rhythm of the King's hits, wanting to communicate his feverishness and his excitement as the deadline for the premiere at the Cannes Film Festival, out of competition, was getting dangerously close.

Baz Luhrmann was eager, too, to share the fruit of his labor. Just because we believe in his vision of a historical figure, as iconic as Elvis Presley, doesn't mean we don't need others to share it. Because behind the legend, there was a man, “a man of deep humanity. He was not a perfect human, but his soul was perfect,” he said at the outset.

A look at society

Behind the legend, there is also America, that of the larger than life, that of the center of the world in the years 1950, 1960 and 1970, the one that Elvis helps to define.

“When you explore America during these three decades, you realize that Elvis is at the heart of each, like a kind of cultural lightning rod with the good Elvis and the rebellious Elvis. He never tried to be a rebel, he found himself in the middle of a post-war era and country where, suddenly, teenagers had money; you should also know that “teenagers” are a recent invention, there were no teenagers before.”

“Then, in the 1960s, everything exploded, everything “popped” due to the ambient materialism and there was a disconnection with certain values. And the revolution is coming, Elvis is behind it. Then, we are in the 1970s. I compare them to this moment when we go to a party – the 1950s – everything is exciting. The “party” – the 1960s – is good, we have fun. But quickly, everything falls apart – the 1970s – the party becomes dark and gloomy … and we leave.

“Elvis Presley is the perfect gateway to explore this aspect. We entangled a lot of historical elements in the film, Elvis was also at the heart of these events and not at all by design, I assure you, ”detailed the filmmaker.

But then, is “Elvis” a historical fresco? Not only. Because Baz Luhrmann and his team of screenwriters – “I think I exhaust people”, he launched, half-serious, half-ironic – also carried out a “crazy amount of research” on the King. Luhrmann settled into a small bedroom in the barn at Graceland for months, tracked down the King's old black friend's year - "He died recently" -, rummaged through recordings of rehearsals, concerts, interviews, read biographies, newspaper articles. “We do the detective and we also play a role. Afterwards, you have to turn into a playwright”, he summed up, insisting on the need to “compress the 40 years of the extraordinary life” of Elvis Presley by allowing himself certain artistic licenses.

“We cannot begin to explore Elvis Presley without talking about the racial question in the United States because he is at a crossroads, he hammered. Because quickly what is entertainment – ​​his songs – becomes a problem for the anti-desegregation movement. Attention, Elvis did not go up to the barricades, but you should know that in the deep south, we made and we lynched effigies of Elvis! The Ku Klux Klan and the racist extremists were desperate and they weren't kidding."

“At the time,” Luhrmann continued, “a group of Southern state governors met to discuss how to preserve the life of the Old South, in other words, what to do to continue segregation. And the fact that young people like an artist who mixed and appreciated black music, gospel, “country” … Elvis therefore becomes a problem, because he inspires a crossing of racial barriers.”

As a consummate playwright, the director launches the name of Colonel Parker, played by Tom Hanks and manager of Elvis, warning: “He was neither colonel, nor Parker, nor Tom. You will see..." Because the man, a "notorious player" thus "opposed Elvis making a world tour, leaving the country." We will not know more, except that "only an actor as formidable as Tom Hanks could embody it."

Returning to Elvis Presley, Baz Luhrmann delivered one of the keys to the King by emphasizing that "he was someone eminently spiritual, it is for this reason that his great musical love has always been, above any other genre, gospel".

And for the director of now classic productions like “Moulin Rouge” or “Romeo and Juliet”, “Elvis was constantly reinventing himself because he was always in search of himself. He was born in a more than modest environment, was always ashamed that his father had been in prison. He always felt a big void, a void that he tried to fill by creating the character of Elvis Presley.

"I wanted to absorb as much information as possible about Elvis and, fortunately, there is an infinite amount of it", immediately said the actor who has been preparing for this role for three years. Because, before playing the King, Austin Butler was known for a quick appearance in Quentin Tarantino's "Once Upon a Time in Hollywood". Hearing about the auditions, he made his interest known, Denzel Washington vouched for him since they had both been in the production of “The Iceman Cometh” on Broadway in 2018 and he sang for Baz Luhrmann.

The 30-year-old actor admitted it bluntly: “The hardest thing about this role is that Elvis is an icon. He was either raised to the rank of god, or to the rank of wallpaper of society. That's why I wanted to find his humanity and find a way inside his psyche." Austin Butler, on the other hand, did not compromise on the fact of playing Elvis “with spontaneity”, a complex balance to find because of the very nature of the character who became legendary during his lifetime. "I didn't want to fall into any of the trappings of caricature," he insisted.

Olivia DeJonge didn't know much about Priscilla when she was chosen to play the King's wife and then widow.

“I knew the photo of the two of them at their wedding. As soon as I landed the role, I read, listened to and watched everything I could about her. And I talked to every possible person. Too often, when we think of Priscilla, we only see her beauty. But in her book, she mentions a slightly crazy man who camped outside her house and indicates that she was ready to go out and jump on him, to fight. What an incredible dichotomy this woman is! An incredible beauty who wasn't afraid to put in the punches if necessary."

Since the interview, the main interested party has seen “Elvis” and had nothing but glowing comments. A sign that the Australian has captured the essence of Priscilla.

1 “In the Deep South, we were lynching effigies of... 2 (Re)discover Penélope Cruz in five films 3 Ukraine: Moscow claims to have killed “up to 80”... 4 Shooting in Oslo: the privileged “terrorist” track,... 5 Ukraine: the war begins its fifth month, Russian missiles... 6 Ukraine: Russian and pro-Russian forces have entered... 7 Biden signs law that aims to limit gun violence 8 From New York to California, a promise of “sanctuaries”... 9 A huge controversial bridge inaugurated in Bangladesh 10 Possible drowning in Rawdon: research resumes 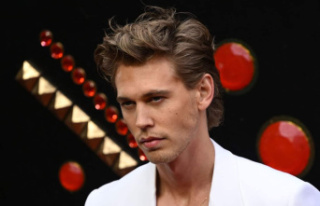 “In the Deep South, we were lynching effigies of...