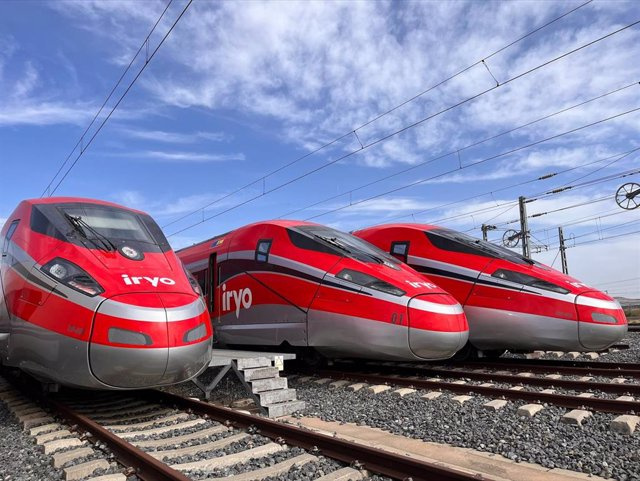 Iryo will begin to operate its high-speed trains on the route from Madrid to Barcelona this Friday, becoming the third operator in Spain along with Renfe, which circulates both with its AVE trains and its low-cost Avlo version, and Ouigo.

Barely two years after the launch of the liberalization of high speed in Spain, led by Adif, this Friday three different companies will move thousands of passengers by train, being the only country in Europe with three companies circulating on the main rail corridors .

The first Iryo train departs at 06:45 from Madrid's Atocha station and arrives in Barcelona two and a half hours later, at 09:15. Throughout the day, another five trains will do the same route again in a maximum time of two hours and 45 minutes.

Along with the 24 AVE and Avlo de Renfe trains that will also cover this distance on Friday and the 5 of Ouigo, there will be a total of 35 trains in each direction transporting up to a maximum of 13,500 people, although on other days the frequencies of each operator may vary. be even older.

After its irruption on this route, Iryo will begin to serve on Madrid-Valencia on December 16 and on March 31 of next year on connections between Madrid and Seville, Málaga, Antequera and Córdoba. Later, on June 2, it will premiere at Madrid-Alicante.

The company's shareholding is made up of 45% by Trenitalia, the Italian public operator controlled 100% by the Ministry of Economy of that country; 31% by Air Nostrum, the airline with Valencian business capital; and 24% by Globalvía, a company controlled by three pension funds from Canada, the Netherlands and the United Kingdom.

Although its operational headquarters are in Madrid due to the very radial nature of the Spanish railway network, Iryo's partners decided that the registered office and its fiscal headquarters would be in Valencia, a region to which they will directly contribute 14.8 million euros, between wages and regional taxes.

The operator already has a fleet of 20 electric Frecciarossa trains, with an interior divided into four different rates -- 'Infinite', 'Singular Only YOU', 'Singular' and 'Initial'-- which seek to adapt to the needs of each traveler and are complemented by a gastronomic proposal under Iryo's own brand: Haizea.

All classes have individual armrests equipped with USB and standard sockets and access to free WiFi with the possibility of 5G connection. The maximum capacity of travelers is around 460 people.

These trains are made with 95% recyclable materials and a 100% renewable energy supply, saving 80% carbon dioxide per person per journey, and will be driven by two classes of 65 train drivers.

1 Adolfo Domínguez reduces his losses by 75% in his... 2 Germany's GDP grew more than expected in the... 3 Lazora changes its name to Nestar and announces the... 4 Industrial inflation moderates its growth to 26.1%... 5 RELEASE: Sebastien Planche, dss : "The integrated... 6 STATEMENT: Green hydrogen: the great energy challenge... 7 The children's firm Amaya presents this Friday... 8 RELEASE: Close to 2,000 financial managers discuss... 9 RELEASE: The XII edition of the Master in Political... 10 STATEMENT: The Loewe store in Barcelona and the Hotel... 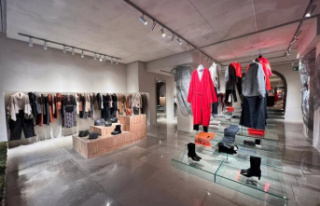 Adolfo Domínguez reduces his losses by 75% in his...