Soltec Power Holdings recorded a profit of 4.5 million euros during the first nine months of this year, compared to losses of 20 million that were recorded in the same period last year, as reported by the company to the National Commission of the Stock Market (CNMV).

The net amount of the turnover stood at 403 million euros, which represents more than double the income achieved in the first nine months of 2021, while the adjusted gross operating result (Ebitda) stood at 8.5 million euros compared to the negative figure of 22.5 million euros a year earlier.

"The good results are produced as a result of a strengthened demand, the reduction in global disruptions, with an improvement in logistics conditions at a global level, as well as the impact of the measures that the company implemented to mitigate them" , the company has highlighted.

The firm maintains its 'guidance' for the end of the 2022 financial year with a consolidated Ebitda of between 15 and 20 million euros.

In the industrial division, revenues are expected to be in the range of 450 to 550 million euros and an Ebitda margin of between 2% and 3%. Regarding the project development division, Soltec expects to obtain an Ebitda of between 7 and 11 million euros.

1 Digi shoots up 38.6% its income in Spain until September 2 First Drop VC was born with a goal of 25 million for... 3 Vodafone reduces profit by 1% in its first fiscal... 4 The EU agrees on a budget of almost 187,000 million... 5 Cellnex plummets almost 6% after CK Hutchison hires... 6 CALL: What do young people think about the "Crystal... 7 ANNOUNCEMENT: intu Xanadú kicks off Christmas with... 8 ANNOUNCEMENT: Clean Planet Energy and Crossroads Real... 9 ANNOUNCEMENT: SumUp on track to become Europe's... 10 STATEMENT: World Cup Qatar 2022: Brazil champion of... 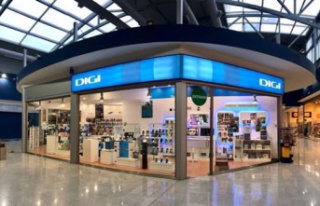 Digi shoots up 38.6% its income in Spain until September