The river as a highway for public transport?

The mayor of Repentigny would like to see his city connected daily to the Old Port of Montreal via shuttles on the St. 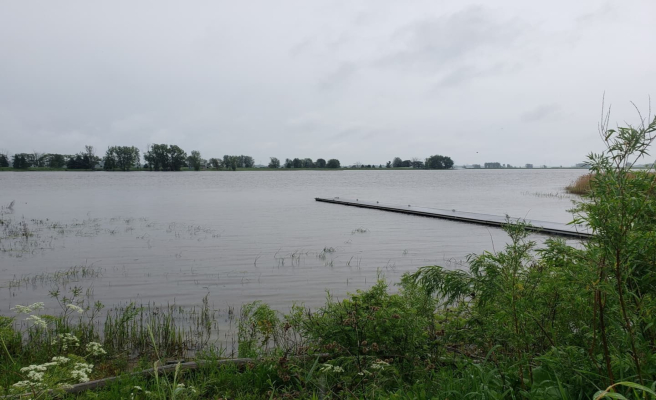 The mayor of Repentigny would like to see his city connected daily to the Old Port of Montreal via shuttles on the St. Lawrence River.

His administration plans to acquire a marina in the east of the municipality and make it a nautical destination. She is currently consulting citizens to see how they envision this development, which could go beyond a simple second marina for the city.

"We want to integrate the river into our reflection with the marina, it's really a reflection that we will have to have in terms of mobility and not just see the river for its tourist attractions, heritage and its environmental importance", supported the mayor Nicolas Dufour, during a telephone interview earlier this week.

“The St. Lawrence River was a highway for 400 years at the start of colonization and it was completely forgotten and evacuated,” said Mr. Dufour.

And the mayor thinks big.

"We would be willing to have a river shuttle that could easily take hundreds of people a day," he said. It could even go as far as Saint-Sulpice, which could help serve people from L’Assomption.”

For the idea of ​​a new marina, Mr. Dufour promises respect and caution for this project which would inevitably lead to an increased presence of boats in the area.

"We don't want to land there as savages and harm the quality of the environment, on the contrary," he said.

The mayor of Repentigny, Nicolas Dufour, says he recently had discussions about the expansion of the river shuttle service with Chantal Rouleau, the MP for Pointe-aux-Trembles, a great defender of this option for the transport of people.

“Ms. Rouleau [who is also Minister Delegate for Transport and Minister responsible for the Metropolis and the Montreal region] believes in it enormously and she told us [the mayors along the river] to “push” with the Regional Authority de transport métropolitain (ARTM) so that it evaluates this option as a mode of transport,” added Mr. Dufour.

The ARTM, which we contacted, told us that a network of river shuttles is still at the pilot project stage in 2022.

Five connections have been added this year to the one that already linked Pointe-aux-Trembles and the Old Port, with destinations such as Boucherville, Longueuil, Île Sainte-Hélène, Île Charron and Parc de la Promenade- Bellerive located in the borough of Mercier–Hochelaga–Maisonneuve.

“It is too early to comment on the identification of future connections as on the operating budget of such a network, explained to us by email Simon Charbonneau, from the public affairs and media relations department at the ARTM. In the event of a positive decision by the partners involved. Municipalities are and will be consulted during this process.”

1 Shane McClanahan musèle les Cardinals 2 The CDPQ invests in the engineering company Bouthillette... 3 African Union chairperson calls for rapid demining... 4 Federal investigation into Louisiana police 5 One out of two Quebec women does not differentiate... 6 More help requested for families who have lost a loved... 7 Francos: Marc Dupré postpones a show after contracting... 8 Set visit: even more tension in the 2nd season of... 9 Democracy and its weaknesses highlighted at the Summit... 10 Zelensky talks 'heavy weapons' and EU entry... 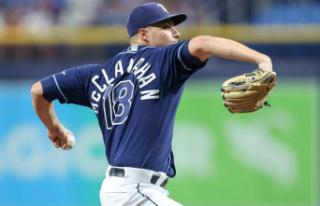