Ukrainian President Volodymyr Zelensky said he discussed Thursday with Emmanuel Macron France's military aid to Ukraine, including in "heavy weapons" said the French president, as well as Kyiv's candidacy for entry into the country. 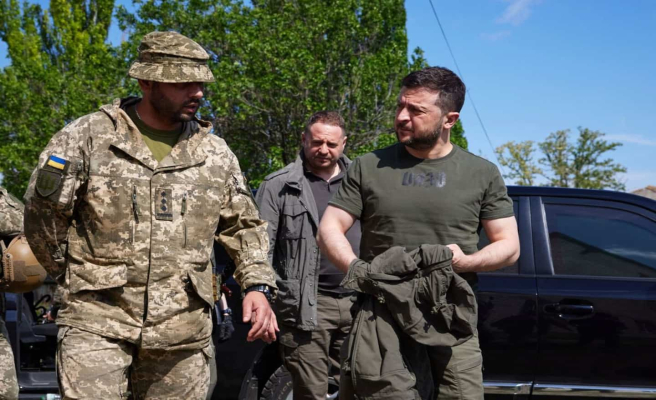 Ukrainian President Volodymyr Zelensky said he discussed Thursday with Emmanuel Macron France's military aid to Ukraine, including in "heavy weapons" said the French president, as well as Kyiv's candidacy for entry into the country. 'European Union.

In a Tweet, Mr. Zelensky assured that he had informed Mr. Macron of “the situation on the front” facing the Russian forces. “We discussed other military aid for Ukraine”, he added, before concluding: “particular attention was devoted to the means of Ukraine's accession to the EU”.

Paris confirmed in a statement the phone call between the two presidents. Mr. Macron "questioned President Zelensky about the latest developments on the ground, as well as his needs in terms of military equipment, political support, financial support and humanitarian aid".

The French president assured his Ukrainian counterpart that “France would remain mobilized to meet Ukraine's needs, including heavy weapons”.

Finally, the two Heads of State "agreed to stay in touch, particularly with a view to the opinion that the European Commission will deliver on Ukraine's candidacy to join the European Union, and the discussion that will will follow at the European Council on 23 and 24 June'.

This exchange comes shortly after a wave of criticism from Kyiv towards Paris, following a new call from Mr. Macron to “not humiliate Russia”.

Mr Macron, whose country holds the rotating presidency of the EU until July 1, has been under pressure from Ukraine, which has been awaiting his visit since the start of the Russian offensive on February 24.

1 Towards an Iranian nuclear bomb 2 NASA will seek to explain UFOs 3 Decriminalization of drugs: Montreal Public Health... 4 Debbie Lynch-White receives the Laurent-McCutcheon... 5 US police officer charged with manslaughter in death... 6 Avalanche: Kadri and Cogliano could be in the final 7 Britney Spears' marriage interrupted by her ex-husband 8 Management of the pandemic: Dr Horacio Arruda in the... 9 Assault on her child: a little girl more credible... 10 A recession in the United States is unlikely, says... 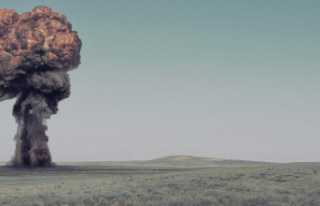 Towards an Iranian nuclear bomb