Canadians Hugo Houle and Michael Woods show their best form of the season just in time for the biggest meeting of the year. 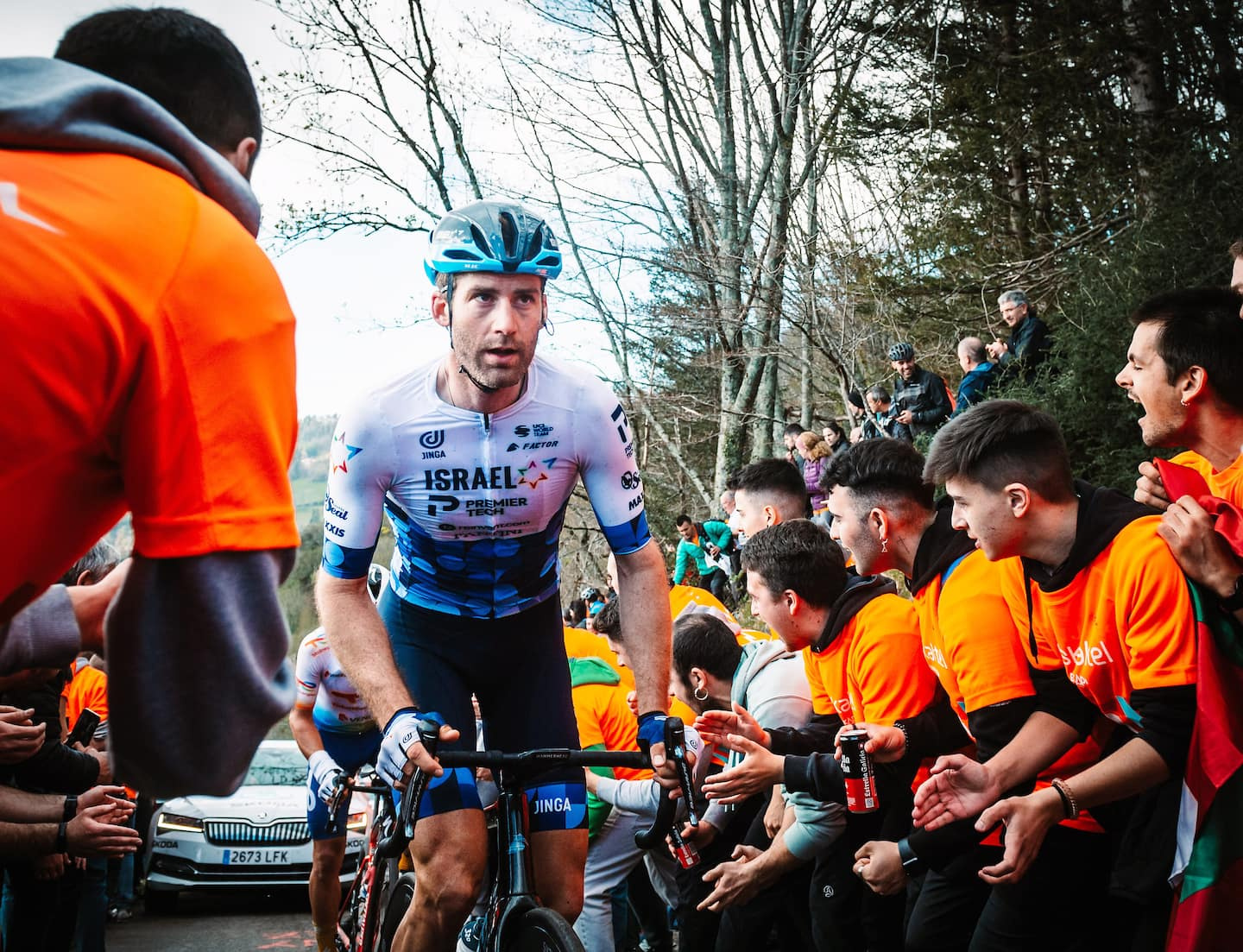 Canadians Hugo Houle and Michael Woods show their best form of the season just in time for the biggest meeting of the year.

Casually, Houle will start his fourth Tour de France after having signed a superb 15th place in the general classification of the Tour de Suisse on Sunday. Even European commentators called his performance in the mountains "impressive".

At the front of the peloton, the 31-year-old Quebecer helped to toughen up the race to help his teammate Jakob Fuglsang on the final ascent of the fifth stage. The "super-domestic" is approaching the top of the rankings.

“The form is excellent. I was able to deliver the goods when needed. It's pretty much my best level of the season. It’s the best-case scenario for me,” Houle explained.

His boss and employer even set the bar a little higher.

"It's going very well. Hugo is in the best shape of his career. The power-to-weight ratio is perfect. He has proven himself and he has achieved a very good result, ”explains the co-owner of the Israel-Premier Tech training, Sylvan Adams.

As a result, in Switzerland, Houle even managed the feat of winning stars like Remco Evenepoel and Thibaut Pinot.

"It's fun to make them suffer for the number of times it's the opposite! It is the return of the pendulum. It's also more fun to ride a bike when you're the one hurting others. When we do the work in a key moment, they have no choice but to talk about it with the camera on you for five kilometers, ”adds the double Olympic athlete.

For his part, the Ontarian Michael Woods missed the Tour de Suisse, but the Israel-Premier Tech team engaged in a mad UCI points race (International Cycling Union) sent him instead to the Ventoux Dénivelé Challenges. His failure in this event was quickly forgotten as he won the 46th Route d'Occitanie after a solo triumph in the third stage.

Third in the Worlds in 2018 and winner of two events in the Tour of Spain, Woods thus got his hands on the first stage race of his career at the age of 35.

We would like to see him raise his arms on July 8 at La Planche des Belles Filles, a peak in the Vosges mountains, or even at L'Alpe d'Huez, a mythical climb scheduled for July 14, the day of the French national holiday.

In addition, the Israel-Premier Tech team will also be able to count on the South African Daryl Impey, in great shape at 37 years old. The former yellow jersey of the Tour de France 2013 won the fourth stage of the Tour de Suisse.

COVID-19 is once again threatening the professional peloton at the dawn of the Tour de France, but voices are being raised to modify the rules in force and avoid the worst-case scenario.

On the Tour de Suisse, the winner of the fifth stage, Aleksandr Vlasov (Bora-Hansgrohe) had to leave the event wearing the leader's yellow jersey. In total, four teams and around thirty runners have packed up, leaving some doubt about the Grande Boucle, which begins on Friday.

Last week, the Jumbo-Visma, UAE Team Emirates, Bahrain-Victorious and Alpecin-Fenix ​​teams had to leave the race.

We hope that the formations will not be modified by a positive test two days before the big start. The concern persists and no one wants an imponderable factor to influence the course of the event.

The boss of Quick-Step Alpha Vinyl, Patrick Lefevere, even accused some teams of lacking rigor after the carnage.

“The problem is that we are forced to test. Even without symptoms, in the event of a positive result, one must withdraw from the race. The regrouping of the teams will make the request to the UCI to stop all these tests, ”said the big boss at Israel-Premier Tech, Sylvan Adams.

According to him, a runner who shows no symptoms should not be forced to return home, on the contrary.

“COVID, we will have to live with in the years to come. If someone is not sick, if you ruin their race, it seems to me that it is exaggerated. Obviously, if someone has symptoms, it's different, ”adds the Israeli-Canadian businessman.

Same story for Hugo Houle, a little discouraged by the strong comeback of the virus in the professional peloton.

"We thought it was a bit behind us, but it's coming back strong. Perhaps the barrier gestures have dropped a little. The virus is circulating and we must be vigilant. Now, it is obvious that there is more proximity in cycling than on a tennis court, ”he admits.

Whether in Germany, Portugal or Denmark, Europe is currently experiencing the start of an epidemic recovery carried by the BA.5 variant.

Winner of the Tour de France 2020 and 2021, Pogacar signed the 10th success of his season at home by winning the Tour of Slovenia. Earlier this season he also won the Strade Bianche and Tirreno-Adriatico. Even if the Jumbo-Visma seems more powerful, this slight detail has not shaken it for two years.

A highly anticipated face-to-face between the two Slovenian adversaries is taking shape. Roglic has just won the Dauphiné, in France, after a great victory over Paris-Nice in March. He finished second in the 2020 Tour de France and he is champion of the last three Tours of Spain.

The Jumbo-Visma has several cards in its game. Teammate of Roglic, the Dane finished second in the Tour de France 2021. The cyclist is in great shape and no one has been able to follow the duo in the mountains at Dauphiné. Perhaps the role of leader will fall to him.

France has not won a title on the Champs-Élysées since Bernard Hinault's victory in 1985. Three weeks after his retirement from the Giro when he was fourth overall, Bardet announced his participation. He finished on the podium twice in the event, in 2016 and 2017. He also won the polka dot jersey (mountain) in 2019.

Fourth in the Tour de France last year, the Australian has taken a huge step forward and his opponents are watching him closely. This season, he won the Tour du Jura and he has just finished third in the Dauphiné.

The emergence of several champions barely 20 years old is increasingly shaking up the hierarchy established for decades in cycling.

Slovenian Tadej Pogacar could even end up with three Tour de France titles before he even celebrates his 24th birthday in September.

The new generation is dusting off old traditions with victories as dazzling as they are surprising.

At only 22 years old, Belgian Remco Evenepoel's record is also quite impressive.

“It was really less visible before. There is the evolution of training methods and more advanced tools such as power meters. Of course it helps, but the Pogacars are still exceptions too, ”explains coach Bruno Langlois, kinesiologist by training and double Canadian champion.

Patron of Vélo Cartel, a gathering place that brings together all cycling services in Quebec, the 43-year-old businessman also believes that certain beliefs were archaic. The change is certainly not linked to a single factor.

“To do 2000 kilometers on the small plateau at the start of the season, or to avoid increasing your pulsations too much, that no longer exists. Nobody does 50,000 kilometers a year today. Recovery, nutrition, everything is very sharp now. Maybe also in the days of [the] US Postal, the race was too controlled. And more simply, perhaps also that young people have just a little more the knife between their teeth, ”adds Langlois.

"Today, we have the means to detect phenomena very early with all the laboratory tests, and the information reaches the ears of the team bosses more quickly", also affirms the former French professional and trainer Pascal Hervé who lives in Montreal.

He rightly points out that Bernard Hinault and Laurent Fignon also won their first Tour de France around the age of 23.

“It is a particular phenomenon, but not only in cycling. The level is so high. Will careers be shorter in the future? asks Quebec cyclist Nickolas Zukowsky, who aspires to the big circuit.

1 “There is still hockey in us” - Perry 2 QMJHL: Sea Dogs want to do better on the penalty kill 3 A life of cinema: the pillar of Cinéma Beaubien retires... 4 The 100 best songs in the history of Quebec 5 “A song is a miracle!” 6 songs that make me cry 7 Thirty years of literary creation 8 Novels from here: Duplessis, neither dead nor buried 9 Creative industries: Quebec invests $20 million in... 10 Local entrepreneurs who are not afraid to conquer... 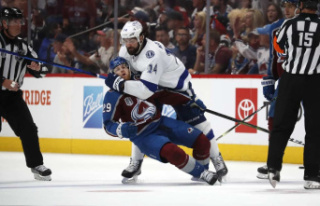