Vladimir Putin: the passion of the conspirators?

The conspiracy has been racing since the start of the Russian invasion of Ukraine. 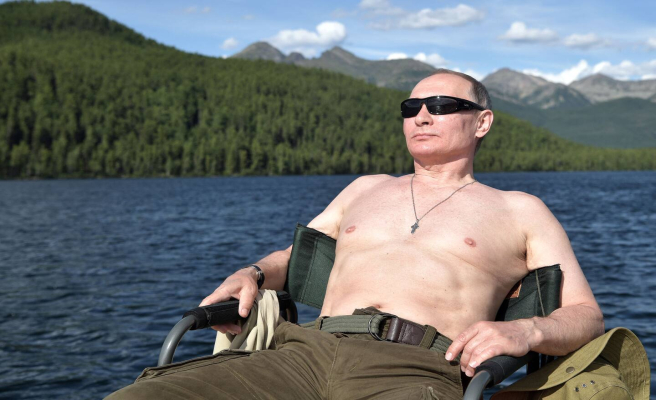 The conspiracy has been racing since the start of the Russian invasion of Ukraine.

• Read also: Those close to Navalny, Putin's biggest opponent, fear for his life

• Read also: 111th day of war in Ukraine: here are all the latest developments

The opacity around the private life of President Vladimir Putin has given rise to many rumors about him. These stories, sometimes eccentric, continue to fascinate the public.

Here are 3 theories that the web has on the strongman of the Kremlin.

Conspiracy theorists believe Vladimir Putin is a supernatural creature. According to them, the strength of the Russian president does not come from his riding sessions, but from his immortality and his ability to travel in time.

The Dailymail claims that this theory spread when two photos dating from 1920 and 1941 were circulated on social networks.

We can see Russian soldiers who strangely resemble the strongman of the Kremlin. According to Disclose.tv, some Internet users have used these images to show that the 70-year-old president is in fact a supernatural being who has inhabited the Earth for millennia.

Followers of this theory believe that Vlad the Impaler, prince of Wallachia born in 1431, and better known as Dracula, would actually be the Russian leader.

Vladimir Poutine would also have lived under the features of Lisa Gherardini, the model of Mona Lisa, according to conspiracists quoted by Buzzfeed.

Newsweek magazine says Vladimir Putin's state of health is at the center of many discussions within the US administration.

Some confidential documents would indicate that the Russian president was treated for advanced cancer in April. The Kremlin strongman was also reportedly the victim of an assassination attempt in March. These events would make him paranoid and unpredictable.

However, it would be difficult to confirm this information since Vladimir Putin is very isolated.

Internet users believe that Vladimir Putin is so ill that he would use understudy to replace him at public events. According to RTL, this theory would even be analyzed by the British secret services.

Indeed, a source quoted by the British newspaper The Daily Star indicated that a lookalike would have replaced the president during the parade of the day of the victory, last May 9 in Moscow.

This same source claimed that if Vladimir Putin were to die, the Kremlin would attempt to keep it a secret for weeks, if not months.

Vladimir Putin's personal fortune is the target of much speculation. Forbes magazine looked into the matter and came up with three theories about the source of this wealth.

According to a first theory, Vladimir Putin would have become rich thanks to blackmail.

The Forbes claims that the Russian president is used to making "deals" with the country's main oligarchs. The latter would be faced with two choices: give 50% of their fortune to Putin or lose everything by ending up in prison.

Vladimir Putin could have amassed $200 billion this way.

Another theory puts the President of the Russian Federation at the head of a mafia-like network. The Russian leader could have, in this way, helped his relatives to enrich themselves by giving them shares in companies. In exchange, he would have received shares or bribes.

Each person close to Vladimir Putin would have between 500 million and 2 billion dollars. According to this hypothesis, the fortune of the strongman of the Kremlin would be valued at 130 billion dollars.

The latest theory developed by Forbes indicates that Vladimir Putin is not as rich as we think. It would all be window dressing. According to Kremlin statements, Vladimir Putin earned $140,000 in 2020.

However, Vladimir Poutine would have three cars, a trailer, an apartment of 74 m2 and a garage. He would also have an impressive collection of luxury watches in addition to a luxurious residence located on the shores of the Black Sea. He also reportedly has several private jets that he uses as president.

1 She shares her heart that looks like cookie dough... 2 Increase in the number of reports to the DYP 3 An order for 60 electric buses for Nova Bus 4 Atlanta Braves: Ozzie Albies fractures foot 5 Baker Mayfield on his departure? 6 South Korean band BTS announce career hiatus 7 Véronique Cloutier is interested in the “Added... 8 “Cerebrum”: an even more impactful second season 9 Canada could supply Europe with natural gas 10 Inflation: growing concern for the next generation 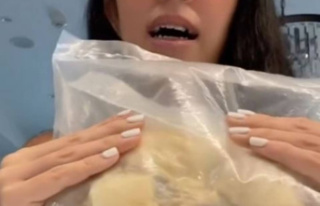