“I am back in Kyiv to meet President Zelensky and Prime Minister [Denys] Chmygal,” Ursula Von der Leyen told journalists, including AFP, accompanying her on her visit. 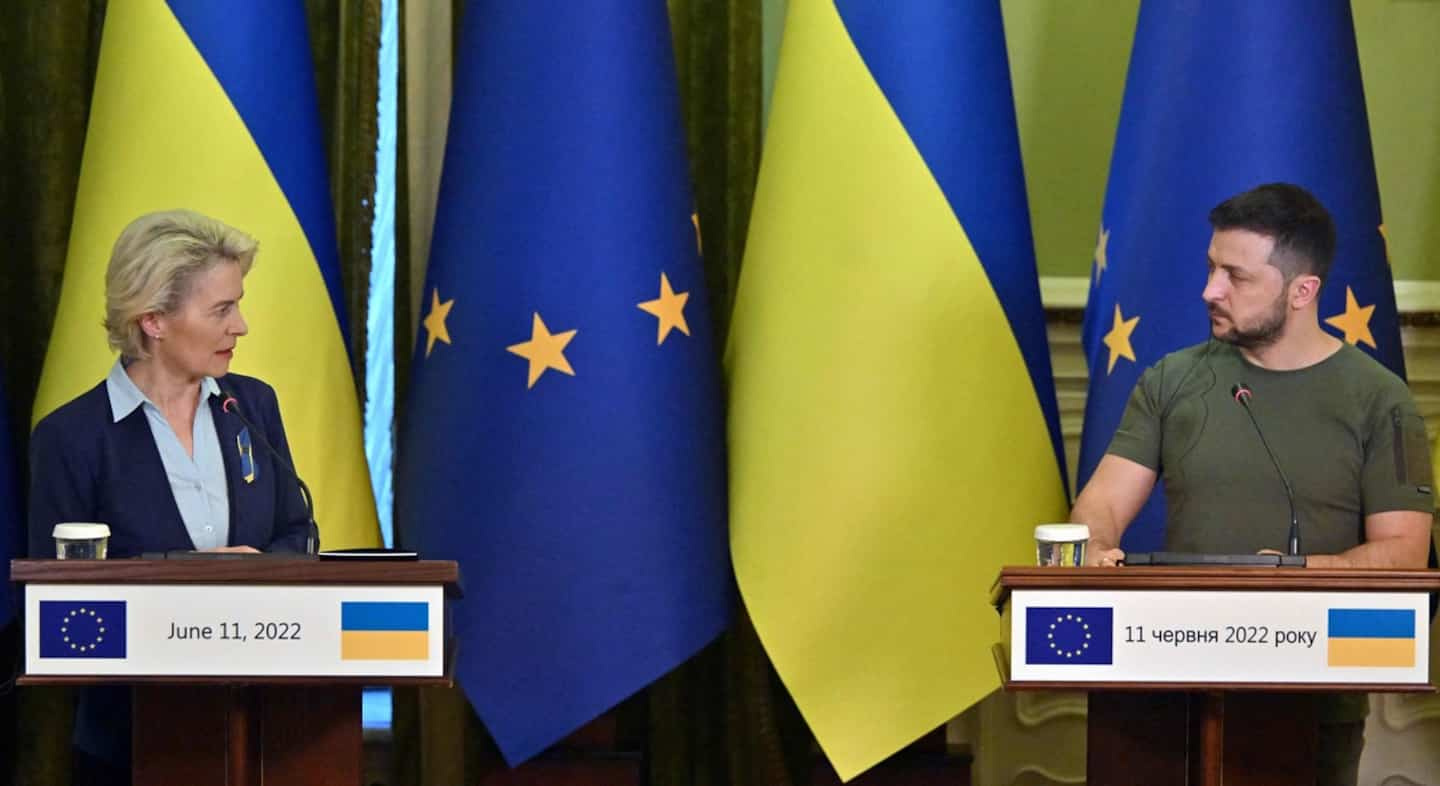 “I am back in Kyiv to meet President Zelensky and Prime Minister [Denys] Chmygal,” Ursula Von der Leyen told journalists, including AFP, accompanying her on her visit.

"We will take stock of the joint work needed for reconstruction and the progress made by Ukraine on the road to Europe," she added.

EU officials are due to decide on Ukraine's European ambitions next week, ahead of a June 23-24 summit that is also expected to address the issue.

Ukraine is demanding a concrete “legal commitment” by the end of June from the Europeans to obtain official candidate status for entry into the EU, but the 27 are very divided on the question.

Ms Von der Leyen arrives in Ukraine amid escalating fighting in the east.

In its update on the morning situation, President Zelensky's office reported Saturday night "bombings" by "the occupiers" on several towns or villages in this region, at the heart of Moscow's objectives: in the regions of Kharkiv, Lugansk and Donetsk, in particular.

"Russia wants to devastate every city in the Donbass, every one, without exaggeration," assured Mr. Zelensky on Friday evening.

"The Ukrainian military is doing everything to stop the attacks of the occupiers, as much as possible with as many heavy weapons and modern artillery" as Ukraine has, "everything we asked and we continue to ask our partners”, he launched as the battle for the key city of Severodonetsk and its twin Lyssytchansk appears more and more deadly.

“The enemy continues to carry out assaults in the city of Severodonetsk”, indicated Saturday morning the chief of staff of the Ukrainian armies, specifying that fourteen attacks had been repelled in the regions of Donetsk and Lugansk in 24 hours, but that the Russian troops met with "partial success" on the outskirts of the village of Orikhovo.

Taking Severodonetsk would open up Moscow's route to another major city, Kramatorsk, an important step in conquering the entire Donbass basin, a predominantly Russian-speaking region in eastern Ukraine, partly held by pro-Russian separatists since 2014.

In Lysytchansk, residents explained to AFP the difficult choice they face: to stay despite the bombardments, or to flee and abandon their homes.

Yevhen Jyryada, 39, says the only access to water now is through a distribution center in town.

'We have to go there under shelling and under fire', he says, 'that's how we survive'

On another front, in the region of Kherson (south) - almost all of which has been occupied since the first days of the invasion and where Kyiv fears a rapid annexation by Moscow - Ukrainian forces indicated on Friday that they had bombarded Russian positions .

The Ukrainian operational command specified that a reconnaissance group infiltrated in this occupied territory had defeated Russian troops, “seizing their armaments and means of communication”.

In addition, the head of the Ukrainian presidential administration Andriï Yermak announced on Saturday the death of a military journalist, Oleksiy Chubashev, without giving details of the circumstances of the death of the one who was responsible for a program of recruitment and Ukrainian military television.

The fighting is also intense in the region of Mykolaiv, close to Odessa.

"The Russians are targeting us with heavy artillery, whether in the city or in the villages," Vitali Kim, governor of this region, told AFP.

“The Russian army is more powerful, they have a lot of artillery and ammunition. Right now it's an artillery war... and we're out of ammunition,” he added. "Help from Europe and the United States is very, very important because we need ammunition to defend our country."

The delivery of multiple rocket launcher systems, including Himars with a range of about 80 km, slightly greater than Russian systems, was announced by Washington and London.

In this context, British Defense Minister Ben Wallace made an unannounced visit to Kyiv, where President Zelensky thanked him for London's leading role in Western support for Ukraine.

Mr. Wallace's visit came the day after the announcement by the authorities of the pro-Russian separatist "republic" of Donetsk of the death sentence for mercenary charges of two Britons and a Moroccan who had fought on the Ukrainian side.

France, for its part, has said it is ready to help lift the blockade of the Ukrainian port of Odessa, in order to get cereals out of Ukraine, the blockage of which is causing a world food crisis.

The announcement was made by an adviser to French President Emmanuel Macron, who received Senegalese President Macky Sall, also President of the African Union, on Friday.

Mr. Sall had called on Thursday for the demining of the port of Odessa, and indicated that he had received assurances from President Vladimir Putin that the Russians would not take advantage of it to attack, as the Ukrainians fear.

"Navigation is blocked in the Black Sea and enemy ships hold almost all of Ukrainian territory under the threat of missile strikes," said the Ukrainian operational command of the southern region, on the night of Friday to Saturday.

The Russian invasion launched on February 24 paralyzed grain exports from Ukraine - a major player in this sector - and caused a spike in grain and fertilizer prices, threatening a food crisis in many countries, especially in Africa and the Middle East. oriental

1 Family doctors: Legault makes a mistake on orphan... 2 Bolton-Ouest: a driver dies in a swerve 3 A mural by Maurice Richard will be restored 4 Félix Auger-Aliassime surprised by the 205th in the... 5 Should we fear the BA.4 and BA.5 sub-variants? 6 Stabbing attacks in LaSalle: the SPVM deploys a command... 7 PLQ tax cut promise: less electoral than Legault's... 8 Grand Défi Pierre Lavoie: from Saguenay to Montreal,... 9 Germany: a man placed in a psychiatric hospital after... 10 Azerbaijan Grand Prix: Lance Stroll in the wall in... 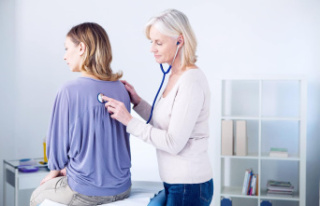