Chemical giant wants to improve the Image of: Sponsored by Bayer

With five-digit amounts wanted to take the chemistry group in the United States influence on the FPA, an organization of the foreign press,. chemical giant wi 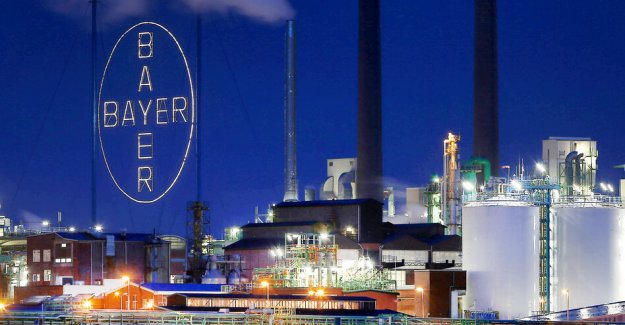 With five-digit amounts wanted to take the chemistry group in the United States influence on the FPA, an organization of the foreign press,.

chemical giant with a dubious Image and dubious strategy, however, photo: Oliver Berg/dpa

BOCHUM taz | Never the more than a dozen e-Mails were intended for the Public that went to 2018, between an employee of the Foreign Press Association (FPA), with headquarters in New York, and leading representatives of the U.S. division of the German chemical giant Bayer, back and forth.

Against payment of 50,000 better $ 70,000, the then FPA Executive Director Thanos Dimadis offer Bayer a massive influence on the 101-year-old organization of the foreign press in the United States: recipients of the emails, the existence of the taz and the British the Guardian first reported, were Raymond Kerins, Bayer in the United States, responsible for "communication and government relations," and Christopher Loder, who is responsible for "Global Media Relations".

Against payment of money, he got a "visionary approach" that "could be valuable" for Bayer and the FPA, wrote Dimadis the two managers on the 16. June 2018. Possible forums for the discussion of the Journalist*be had inside "each of the topics for Bayer's strategic communication relevant and a priority".

Expressly Dimadis mentioned in the "agriculture, or any other matter, which could be for Bayer of concern" – apparently an allusion to the multi-billion dollar compensation processes, all of which Bayer's subsidiary, Monsanto is fighting because of her, according to the cancer research Agency of the world health organization "probably carcinogenic" pesticide glyphosate in the United States.

Unethical the offers had been to Bayer, the criticism

it is also Conceivable: people talking in the Background with "selected national and international journalists", - stated in the Mail – of course the match "Bayer's communication priorities and strategic objectives". Manager, Loder could also get "a seat in the Advisory Board" of the FPA-Foundation, Foreign Press Foundation, campaigned Dimadis.

he could Assure that in the selection of prize for journalism, the FPA "Bayers-makers with strategic communication plans and would not checkered initiatives" to counter-attack. The prospect of a "big conference against Fake News" with the summer of 2019 in New York, organized by the FPA and the chemical giant, with headquarters in Leverkusen has been made.

The communication strategists Kerins and Loder were impressed by Dimadis’ proposals apparently. 25. June of last year, it was agreed for 16 hrs, a phone call and the delivery so well that the FPA CEO thanks to 17.17 at, in turn, writing profusely for the "positive Feedback" he had received – and the Bayer-Manager, prompt payment of its "additional" asks.

Am 11. June says Loder actually: While the group intends to pay any money to a Dimadis personally managed limited liability company, writes to the Vice-President of Bayer's U.S. division. However, the chemical giant will increase its "annual grants" for "future projects" of the FPA to influence Dimadis' "personal role in these projects".

Not Dimadis had factored in but the resistance of the FPA President, David Michaels and his Deputy, Ian Williams. Both were 2018 for personal reasons a little present: Michael took care of his now deceased wife, and Williams had heart surgery.

"Shocked" he had been, says Williams, when he discovered the Deal after his return: The e-Mails showed in all clarity that Bayer had tried to buy the "FPA". "Unethical" were the offers to Bayer, says FPA President Michael. Together with the Chairman of the FPA-Foundation, FPF, Nancy Prager-Kamel, have Dimadis tried to oust him and Williams to assume the leadership of the organization of the foreign correspondents of the fact, "the independence and the professionalism of the FPA to undermine it".

Dimadis, however, rejects all accusations. He had worked for the year 2018 in the first line for the Foundation, he argues in an e-Mail to the taz – and not as a Journalist, but as a donation-collecting Fundraiser. In addition, he suggests, his actions had been tolerated by the FPA leaders, at least, and runs a on the 3. May 2018-dated e-Mail from Michaels to Kerins and Loder, and the FPA President is a Bayer grant in the amount of $ 50,000.

However, Substantive concessions Michael's not in it. In his email of 16. June stresses Dimadis itself, and that Michaels had no knowledge of the Bayer offered substantive influence: "Of all the things we have discussed, know, David (Michael's, Red.) nothing,“ he warns Kerins and Loder, as a precautionary measure.

in addition, Dimadis tried the Guardian-author, Carey Gillam, who has revealed his Deals only to discredit as an activist: The agricultural expert from Kansas, which is more than 25 years in business and 17 years for the news Agency Reuters has worked, is not even a journalist from the Guardian, but write only "contributions".

Gillam, which is involved in the glyphosate-critical Initiative, "U.S. Right-to-know" and on possible cancer hazards caused by the pesticide has pointed out, to complains, however, that the Bayer subsidiary Monsanto: glyphosate manufacturers take part in a campaign against you. Their goal is the "destruction" of your Reputation as a journalist was.

Typical of Monsanto and Bayer was not only the campaign against Gillam, but also the Deal with Dimadis, finds Axel Köhler-Schnura of the citizens ' initiative, Coordination against Bayer-dangers, which accompanied the group since 1978, is critical. "The influence of this kind opinions should no more surprise," says the environmental activist.

He reminds of the secret Monsanto-lists, with which the pesticide producer, gained even 2016 information about glyphosate-opponents and proponents. Also the taz wanted to intimidate Bayer already – but the attempt, made a satirical attached title page to the glyphosate-agent Roundup ("The cancer all-round package") to prohibit, failed in spectacular fashion.

In Germany, Bayer's Leverkusen Headquarters, responds extremely tight-lipped to Ask the taz to the affair around the FPA. A comprehensive catalog of questions, a group spokesman responds to multiple demand – and only with a whole two lines of Mail: For Bayer, the "Mr Kerins had" but in the Guardian, "comprising position", - stated in it only. Because, of course, Kerins and Loder reject all allegations that they had tried to buy the FPA: The U.S. division of the Leverkusen-based chemical giant I merely want the training of journalists to promote. Nothing was expected in return, can Kerins quote.

Of the close cooperation with Dimadis don't want to leave Kerins about it. Together with the former FPF Foundation Chairman Pager-camel, he founded a new organization, which is to make the 101-year-old FPA competition. "Association of Foreign Correspondents in the United States" is the name, and their start-up funding is secured: For in-service training and scholarships, and $ 50,000 came from Bayer. The Leverkusen-based group, is Kerins in a press release quote, was "a steadfast supporter of the freedom of the press".

1 Carmichael coal mine in Australia, coal is the business... 2 Study of the minimum wage, and suicide: capitalism... 3 Start-up sea animals from the country: fish instead... 4 Australia in fear: mega fires threatening Canberra 5 Forest fires in Australia: Canberra threatens mega... 6 Sales tax reduction extended: Bahncards 50 and 25... 7 Group exam of the Left: climate crash postponed 8 Tesla, the green power and the crisis: Oil, unfortunately,... 9 Reducing VAT will be expanded: Bahncards 50 and 25... 10 Site for Tesla factory in Brandenburg: Land is not... 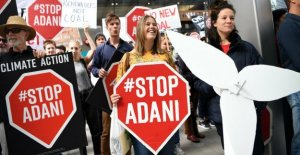 Carmichael coal mine in Australia, coal is the business...