Lack of implementation of driving bans: no jail for Kretschmann

Stuttgart exceeds the limit values for nitrogen oxides in the air. The country is responsible – how can it be forced to Act? How is fine dust alarm in Stuttga 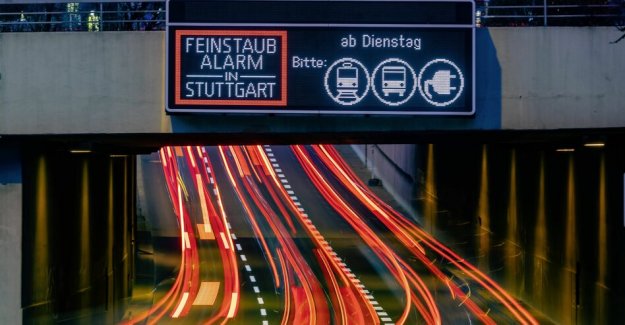 Stuttgart exceeds the limit values for nitrogen oxides in the air. The country is responsible – how can it be forced to Act?

FREIBURG taz | In armed to the diesel driving bans in Stuttgart imposed by the administrative court of the capital, now increased penalties in the amount of € 25,000 against the state of Baden-Württemberg. On the by the German environmental aid (DUH) requested Compulsively against public officials such as Prime Minister Winfried Kretschmann (Green party) abstained from the court first.

The Land is used for compliance with nitrogen oxide limit values and improve the air quality plan for Stuttgart. The administrative court already held in July 2017 area-wide driving bans for diesel vehicles below the emission class 6 for the only success measure to be promising. The Federal administrative court approved in February 2018, the Stuttgart verdict.

in the Meantime, the country has set up prohibited a "small eco-zone" with appropriate drive. You shall apply but only in Parts of the municipal area. Thus, the judgment will not be implemented, as before, correctly, complained about the DUH and requested stricter means of enforcement. The administrative judge came to the conclusion that new measures were required. Already two Times the VG Forced had imposed penalties on the country because the ruling was not implemented by 2017 is sufficient. However, in the code of administrative court procedure provided for a maximum sum of € 10,000 is obviously not sufficient to move the country to relent, the judges said.

Therefore, the VG was passed in the stricter means of enforcement of the code of civil procedure (ZPO), which extend to the forced imprisonment against individual public officials. The VG is based on a decision of the Federal constitutional court of 1999, which had recommended against unruly authorities, the use of the code of civil procedure-a means of coercion. The European court of justice had considered the end of 2019, even the use of forced detention for permissible air limits to enforce, but only as a last resort.

The VG Stuttgart came also to the conclusion that Compulsively against Prime Minister Kretschmann would still be disproportionate. Other means should be tried. So the judge increased the penalty this time to 25,000 euros. It flows not to the state Treasury (i.e., from one state pocket to the other State case), but to help children with cancer. And a tip of the VG-judges gave the country on the way. Since the surface of the deck holding the end of Diesel-driving bans in the face of falling NO2 levels superfluous to insert it, however, an enforcement defense lawsuit. To ignore court rulings, just the wrong way to be.

1 Toys start fair: Now also Toys for the Future 2 Climate-the dispute between the US and the EU: The... 3 Constitutional challenge in Norway: part of the success... 4 More heat, less CO2: A home for climate protection 5 The world economic forum in Davos: Merkel wants to... 6 SPD chief Borjans, wants to return taxes higher peak:... 7 Caution, danger of breakage: Decathlon calls back... 8 In spite of digitization: German Teenager's dream... 9 Tax benefit expired: Tesla's sales in California is... 10 Trade conflicts with the United States: Davos coterie... 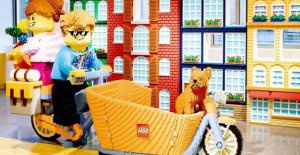