Earlier in the week USD/CAD caused excitement when the pair ran to a new September high. This threatened a test at the 2021 high of 1.2950, and possibly even a retest of the psychological level of 1.3000. 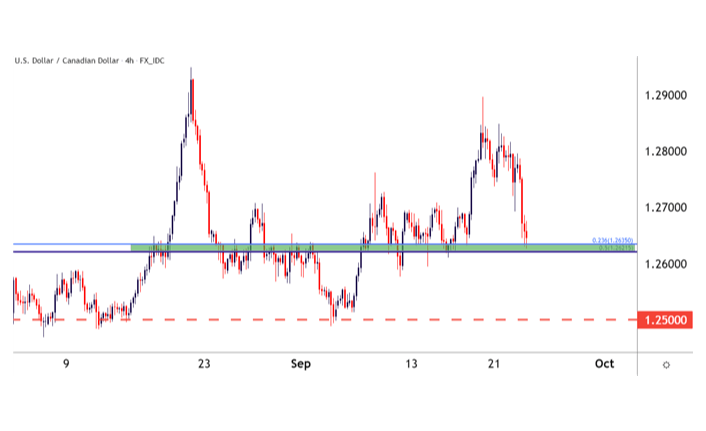 Prices had pulled back by Monday's midday and had broken through both the lower-lower supports I had previously looked at. We're now at the last support stop that I looked at. It's a huge one, as it's the same price that has been in-play since January.

The USD/CAD move mirrors the US dollar quite well. A spike in the beginning of the week was quickly dissipated by a faster move around FOMC. However, price action is just that and traders who want to create a strategy around USD/CAD have only a few options.

Range scenarios are still possible due to the push down on support and a show of buyers. We expect a push back towards either 1.2700 or 1.2750.

The bearish side of the pair has potential for breakdown due to the retest of this highly-trafficked support area. Below price action, the 1.2500 psychological level is still of interest. This price marks the September and monthly lows in the pair. A price action swing of 1.2578 could also be used to provide support for the pair before the 1.2500 level is re-evaluated.

1 Australian Dollar Outlook: China Energy and Yields... 2 How to Top Up a Bitcoin Wallet 3 US Dollar Ascending Triangle: FOMC Forecasts Push... 4 The Australian Dollar is on the rise, but Energy and... 5 What is GameFi and its betting opportunities? 6 Retail Trading Era: Return to Normalcy Harkens Shift 7 Forex Trading: What Is Forex? 8 The US Dollar Jumps as Energy Soars, Equities Struggle.... 9 US Dollar Pre-NFP Price Action Setups: EUR/USD, GBP/USD,... 10 Xavier Bertrand: bad polls, zizanie on the right...... 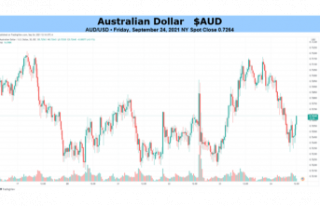