- Rising to second place in the market, Hisense hits an all-time high in global TV shipments.

- Rising to second place in the market, Hisense hits an all-time high in global TV shipments

QINGDAO, China, Nov. 16, 2022 /PRNewswire/ -- On Nov. 15, data from market research institute AVC Revo shows that global shipments of Hisense TV from January to October reached 19.6 million, with a YoY growth rate of 18%. This sales record places Hisense in second place in the global market, a historic milestone in the brand's history, and demonstrates its increasingly essential role in the home appliance industry in difficult times.

In 2022, the world economy is growing at a stagnant rate. High and persistent inflation around the world continues to erode the purchasing power and appetite of consumers. In terms of the global TV industry, consumer demand is falling to its lowest level in nearly a decade. According to the latest "Global TV Brand Shipment Monthly Data Report" published by AVC Revo, global TV shipments have been declining for eight consecutive months this year, and cumulative global TV shipments fell by 5.9%. in the first three quarters.

According to data released by AVC Revo, the sales volume of Hisense TV in the PRC market has achieved 14-month growth since September 2021. From January 2022 to October, Hisense TV shipments increased by 30 % YoY, while its share of shipping revenue reached 25.19%, surpassing second place by more than 8%. Since March 2022, Hisense TV shipments to overseas markets have achieved continuous growth for 8 consecutive months. From January to October, shipments abroad obtained a year-on-year growth of 13%.

AVC Revo analysis reveals the reasons for Hisense TV's outstanding achievements amid turbulence. On the one hand, the dynamic combination on different fronts precisely meets the needs of the consumer and streamlines the design of the product. On the other hand, Hisense's long-term efforts in sports marketing also bear fruit, successfully raising its brand awareness and competitiveness in the global market.

In addition, Hisense's excellent supply chain works as another positive factor in the overall growth of the brand. It not only ensures a stable supply of products, but also prevents raw material prices from being affected by market fluctuations, helping Hisense to keep production costs at the most suitable level.

Hisense's substantial growth in the global market cannot be separated from its optimal business strategies and unremitting efforts to upgrade its product lines with cutting-edge technology. In the future, Hisense will reinforce its commitment to offer more premium solutions, providing customers with next-level enjoyment.

1 COMUNICADO: Andrew and Nicola Forrest commit US$500m... 2 RELEASE: FP Markets Launches Updated and Redesigned... 3 COMUNICADO: Aramco affiliate S-OIL to build one of... 4 Social Security gains 6,487 foreign affiliates in... 5 Hoffman (GSMA) sees the public-private collaboration... 6 Squirrel Media raises its profit by 10% until September 7 The Ibex 35 dawns with a rise of 0.2% and defends... 8 28% of companies anticipate that the end of the bankruptcy... 9 The Hotel-Teatro Albéniz in Madrid opens its doors... 10 The issuance of shares in the capital markets in Spain... 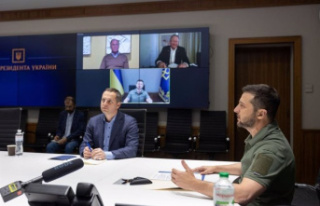