Díaz brings together politicians, businessmen and trade unionists to address social dialogue at the OECD Forum 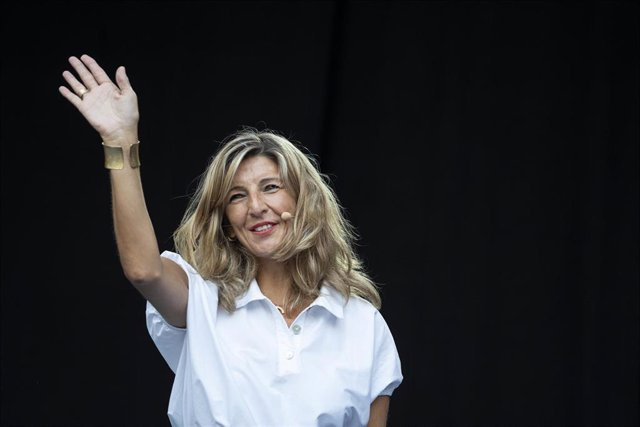 The Second Vice President and Minister of Labour, Yolanda Díaz, and the Secretary General of the Organization for Economic Co-operation and Development (OECD), Mathias Cormann, inaugurate this Wednesday, in Madrid, the Global Deal Forum, which will analyze the role of dialogue in the transformation of the labor market and the economy.

This Forum, promoted by Sweden in 2016, falls on this edition in Madrid as "recognition" of Spain's role "in disseminating social dialogue at an international level", as Díaz pointed out a few weeks ago in Brussels, where he participated in the Social Summit Tripartite.

The event will be held on Wednesday, November 2 and Thursday, November 3, and will include representatives of governments and social agents from around the world, who will discuss new work realities, such as the management of non-conventional jobs, remote work or the democracy in companies.

After the inauguration by Díaz and Cormann, the first round table will deal with "Social dialogue for the greening of the economy in times of crisis". The president of Sodexo Iberia, Carina Cabezas; the Minister of Labor of the Dominican Republic, Luis Miguel de Camps; the main adviser of the International Organization of Employers (IOE), Luis Rodrigo Morales; the Minister of Labor and Social Security of Uruguay, Pablo Mieres; the general secretary of the International Transport Workers Federation (ITF), Stephen Cotton; and the general secretary of the public services association SGI Europe, Valeria Ronzitti. The panel will be moderated by the director of the Directorate for Employment, Labor and Social Affairs (ELS) of the OECD, Stefano Scarpetta.

During Wednesday afternoon, the panel on "The role of social dialogue in the management of atypical forms of employment" is also planned. The speakers at this event will be the executive director of Fairtrade International, Melissa Duncan; the European Commissioner for Employment and Social Rights, Nicolas Schmit; the Deputy Prime Minister and Minister of Economy and Labor of Belgium, Pierre-Yves Dermagne; the Deputy Minister of Labor and Assistant Deputy Minister of Employment and Social Development of Canada, Sandra Hassan; the head of the Social Dialogue and Tripartism Unit of the Governance and Tripartism Department of the International Labor Organization (ILO), Youcef Ghellab; and Danone's Vice President for Social Dialogue, Sylvain LobryDanone.

The OECD Global Deal Forum will continue on Thursday with the Presentation of the representative report of the Global Deal of 2022, which will be delivered by the president and executive director of the JustJobs network, Sabina Dewan, and the director of the Directorate of Employment, Labor and Social Affairs (ELS) of the OECD, Stefano Scarpetta.

During that day, a session will also be dedicated to the analysis of the labor reform in Spain and the prior social dialogue to achieve the new regulations. The act will be moderated by the director of Macroeconomic and International Analysis of Funcas, Raymond Torres.

In this session the confederal secretary of the UGT, Fernando Luján; the Secretary of State for Employment, Joaquín Pérez Rey; the confederal secretary of CCOO Trade Union Action, Mari Cruz Vicente; the associate professor of the Department of Sociology of the Autonomous University of Barcelona (UAB) and member of the Institute of Labor Studies (IET-UAB), Óscar Molina; the director of the Department of Employment, Diversity and Social Protection of the Spanish Confederation of Business Organizations (CEOE), Rosa Santos; and the director of the Social and Labor Department of the Spanish Confederation of Small and Medium Enterprises (Cepyme), Teresa Díaz de Terán.

The other session on Thursday morning will be "Telework management in a post-pandemic world: the role of social dialogue", moderated by the journalist Belén Carreño.

The speakers at this event will be the Professor of Labor Law at the University of Valencia, Adrián Todolí; the senior director of Strategic Relations and Communications and Employment of the OECD, Ali Karami Ruiz; the president of BNP Paribas Spain, Cecile Boned; UNI Global Union General Secretary, Christy Hoffman; the executive president of the Macedonian Business Confederation, Mile Boskov; and the general secretary of the Tunisian General Labor Union, Noureddine Tabboubi.

In the afternoon, the Forum will continue with a session dedicated to "Promoting Workplace Democracy in a Changing World of Work". On this occasion, the general secretary of IndustriALL, Atle Hoie; the Deputy Prime Minister and Minister of Labor of Slovenia, Luka Mesec; the general secretary of the Federation of Somali Trade Unions, Omar Faruk Osman; the executive director of the Ethical Trading Initiative (ETI), Peter McAllister; and the Deputy Assistant Secretary for International Affairs of the United States Department of Labor, Thea Lee.

The closing of the event will be carried out by the Minister of Labor, as stated in the Forum program. 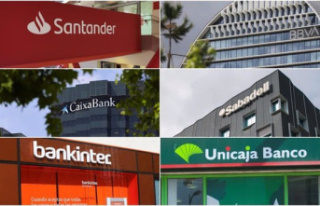