FIFA President Gianni Infantino said he was "appalled" by criticism over his supposed lack of "respect" after taking a selfie at Pele's funeral on Monday, renewing his suggestion to pay tribute to the "King" by renaming stadiums in his name. 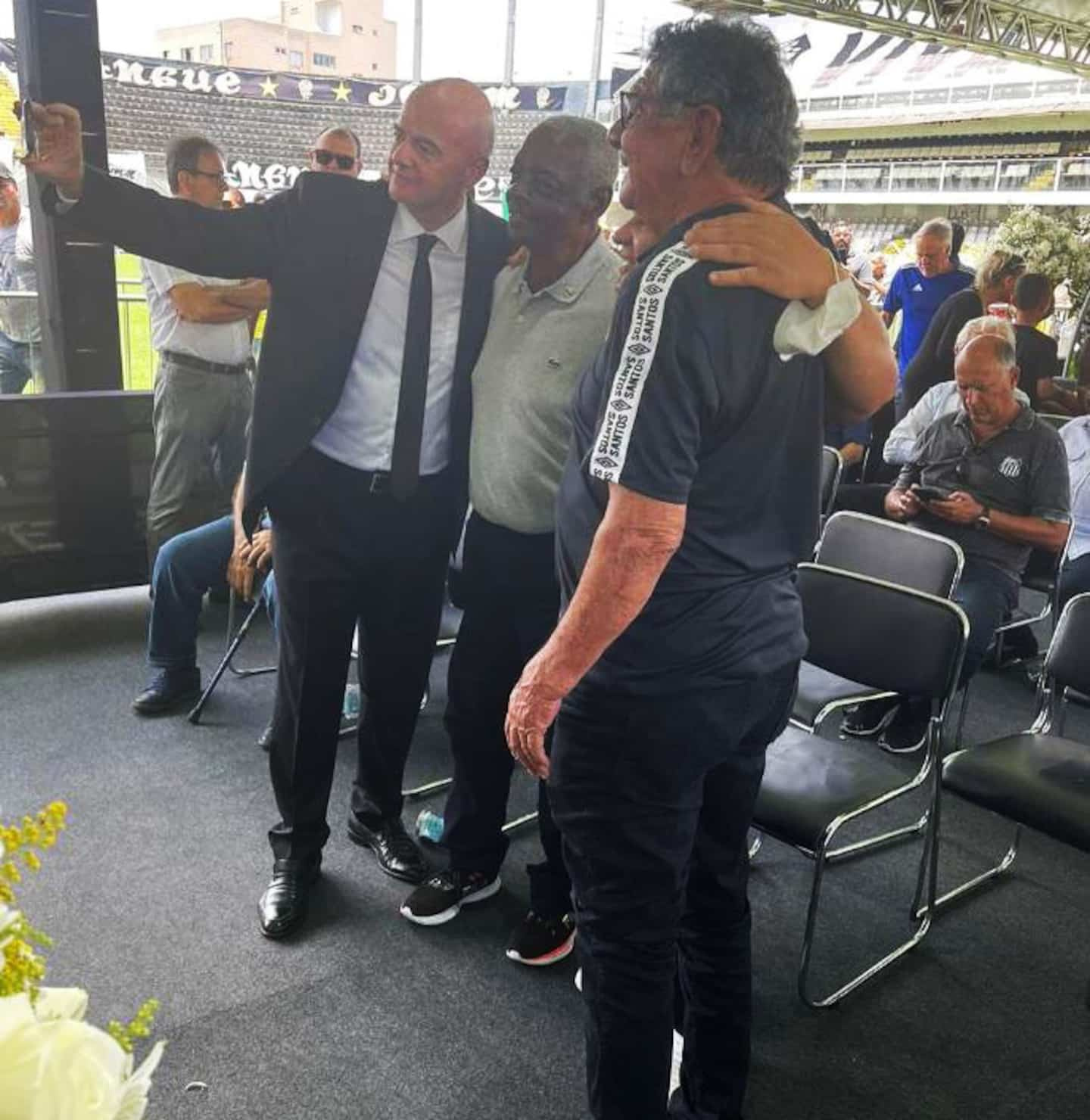 FIFA President Gianni Infantino said he was "appalled" by criticism over his supposed lack of "respect" after taking a selfie at Pele's funeral on Monday, renewing his suggestion to pay tribute to the "King" by renaming stadiums in his name.

• To read also: The remains of Pelé in the cemetery after a vibrant tribute

This call from FIFA to rename enclosures in each of its 211 member federations has also been heard since Cape Verde became the first country to respond to it on Wednesday, renaming the enclosure previously called "Pelé Stadium". “National Stadium”.

The boss of the International Football Federation has found himself under fire from critics since Monday for a snapshot where we see the leader posing all smiles not far from the body of "King" Pelé, exposed for a funeral wake on the lawn of the club de Santos, where the Brazilian football legend shone from 1956 to 1974.

“I am appalled to learn that I am apparently being criticized by some for taking a selfie and photos at the ceremony,” Infantino wrote on Instagram overnight from Tuesday to Wednesday. “I have so much respect and admiration for Pelé and for the ceremony that I would never have dared to do anything that could be disrespectful.”

Alongside Infantino, who is holding the mobile phone to take the photo, three people pose under the large white tent hosting Pelé's coffin. We recognize Manoel Maria, best friend of the legendary Brazilian striker.

A “Pelé Stadium” in Cape Verde

During Pelé's funeral wake, more than 230,000 people gathered in front of his remains, an incessant parade of admirers often moved to tears.

The eternal number 10, who marked generations of football lovers, joined his final resting place on Tuesday, a 200m2 mausoleum in the vertical cemetery of the Brazilian city of Santos.

Tributes have poured in from around the world since the death on December 29 of Edson Arantes do Nascimento, known as Pelé, who died at 82.

To salute the memory of the "King", Infantino announced on Monday that FIFA would ask all its member countries to baptize a stadium in the name of Pelé, a call he renewed in his message on Instagram.

“The most important thing is to pay tribute to King Pelé. Having humbly suggested that our 211 member federations rename at least one football stadium or venue in his name, we will set an example by renaming the pitch located in our headquarters "Pelé Stadium - Fifa Zurich"", underlined the president of FIFA.

Cape Verde's new "Pelé Stadium", located in Praia, on the main island of Santiago, has 15,000 seats.

This name change was announced on Wednesday by Cape Verdean Prime Minister José Ulisses Correia e Silva, in the name of "a history and a culture that go hand in hand between Brazil and Cape Verde, two brotherly countries". , wrote the leader on Facebook.

1 France: fries and croquettes now served in reusable... 2 Macron told Zelensky that France would deliver light... 3 Thanks to a synthetic fabric, pigs regain their erection 4 Mont-Sainte-Anne: the RBQ requests more information... 5 “Wednesday”: the Netflix series breaks a new record 6 A stalker at “Love is in the meadow”?: production... 7 Roku launches its own range of smart and connected... 8 Strike: the SQDC temporarily extends its same-day... 9 The Ibex closes Wednesday with a rise of 1.93%, to... 10 Still no "speaker" in the US Congress after... 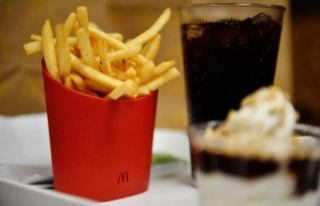