To understand this amazing story, you have to go back in time to the end of the Seven Years' War (1756-1763), a war that tipped Canada into the British Empire. 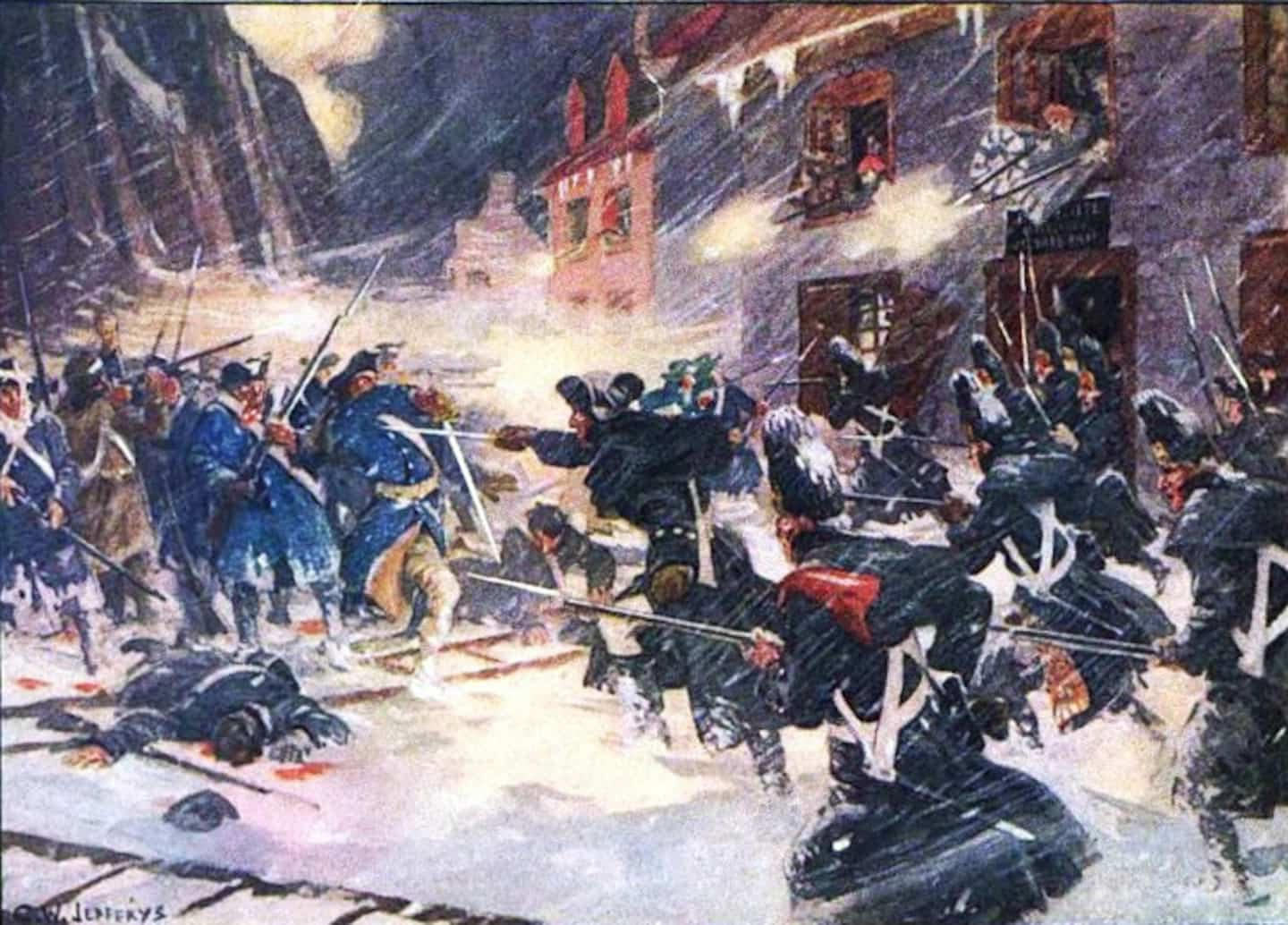 To understand this amazing story, you have to go back in time to the end of the Seven Years' War (1756-1763), a war that tipped Canada into the British Empire.

England, very indebted at the end of this conflict, chose to impose heavy taxes on the population of the Thirteen British colonies in America, which were, incidentally, the main beneficiaries of this victory over the French.

Obviously, since no one has been consulted on these new financial charges, protests are coming from all sides.

The anger of the colonials does not stop ringing.

They believe that these taxes are unjustified, mainly because they were voted by politicians established on the other side of the Atlantic, and not by representatives of the population of the colonies of America.

The American fury takes shape under the slogan: “No Taxation Without Representation”.

Despite numerous petitions and large demonstrations, the British state persists in taxing products such as sugar, tea or paper.

It was in this most conflicted context that in 1773, demonstrators threw crates of British tea into the sea. "The Boston Tea Party" would then become a strong symbol of the escalation of tensions between the colonies and the power in London.

Dissatisfied, the American colonists begin by boycotting British products. Then, they unite and organize to form a common front against their metropolis. They even circulate among us, in the Province of Quebec, political propaganda documents to convince us to join their cause.

The American Congress sent Canadians living in the St. Lawrence Valley a first letter in the fall of 1774.

In this missive, the American rebels talk about freedom, political equality and even allow themselves to give us a little lesson in democratic law 101.

These propaganda multiply. They invite us to forge real bonds of friendship, to collaborate with them in order to drive out the British and even to integrate their project of a new country.

Although some Anglo-Saxon Montrealers showed enthusiasm for the intentions of the Americans, as a rule, these letters translated into French were received rather coldly by the Canadians.

The insurrection took on a new form in the late spring of 1775, when the American Continental Army was raised. At the beginning of the summer of 1775, the Americans prepared their invasion of the province of Quebec, a territory that had become British after the signing of the Treaty of Paris in 1763.

At the beginning of September, two military contingents advanced towards the province.

A first armed contingent heads towards Montreal via Lake Champlain and the Richelieu River; the second moves to Quebec City. In response to this threat of invasion, the British authorities enforced martial law in Montreal and Quebec and sought to raise a colonial militia.

Call of the English

The Canadians did not really respond to the call of the English, probably because they considered that this conflict did not concern them. It is for them a war between Englishmen of different allegiances.

Two weeks later, she did it again in Saint-Jean. The army advanced rapidly and approached Montreal.

Inside the fortifications of Montreal, the governor of the Province of Quebec, Guy Carleton, is well aware that he cannot stop the invasion with his handful of soldiers.

He therefore signed the act of capitulation of the city and escaped by the river in a rowboat, dressed as a peasant, to thwart the American sentries, who multiplied from November.

The British command abandons Montreal and retreats behind the ramparts of Quebec City.

This retreat is strategic: Carleton hopes for the arrival of reinforcements from the metropolis and hopes that the cold will slow down the American troops.

On November 13, 1775, Montrealers saw American revolutionary troops march through their streets. The brigadier general even made Château Ramezay his headquarters.

At the start of the occupation, most Montrealers supported the American cause, but the situation worsened after the departure for Quebec of American General Richard Montgomery on November 28.

He left some 200 soldiers in Montreal as well as a governor to manage the city, a certain Wooster, a very clumsy man, who quickly alienated Montreal sympathizers.

For example, Wooster forbade the celebration of midnight mass on Christmas Eve 1775, he constantly made arbitrary arrests, he forbade the Canadian fur trade.

However, he tolerates, even encourages, looting and abuses of all kinds by his troops. One can understand that the Montreal population is less inclined to follow in Wooster's footsteps.

The second American contingent, under the authority of Benedict Arnold, left Virginia and headed for Quebec City. After six weeks of a long march in rather difficult conditions, the soldiers of Arnold's army, suffering and exhausted, approach Quebec.

They had to cross swamps, carry heavy loads through mosquito-infested forests and endure the damp cold of a North American winter. Many soldiers fell ill.

In 46 days, the troops have shrunk by half. Once at their destination, only 600 of the 1,200 soldiers remain. The survivors then settled in Lévis across from Québec and awaited the arrival of General Richard Montgomery's troops before attacking.

Behind the wall of the fortifications of Quebec, the small garrison of 1,600 men prepares for the confrontation.

The inhabitants of Quebec see, from the top of the fortifications of the city, the American soldiers taking position and hope to resist, to take advantage of the numerical inferiority of the enemy.

The American assault on Quebec was launched at 4 a.m. on December 31, 1775, in the middle of a snowstorm.

The Americans attacked from Upper and Lower Town at the same time, despite the storm... We had to act quickly, partly because the contract of several American militiamen ended at midnight that day. After midnight, many militiamen might simply stop fighting and return home. In the shadow of Cap Diamant, Canadian gunners opened fire.

In the Faubourg Saint-Roch, Benedict Arnold's troops engage in battle, but the fortifications prove too strong to be taken.

Within hours, Carleton's troops put more than 400 American militiamen out of action.

There are even a hundred dead American soldiers frozen in the snow, including the remains of General Montgomery.

The siege will still continue for some time thanks to the reinforcements that the Americans subsequently receive.

Meanwhile, in Montreal, 70-year-old Benjamin Franklin and men with him try once again to convince the Canadians to rally to their cause.

However, the arrival of British ships in early May 1776 forced the final withdrawal of American troops from the Province of Quebec.

This is how Quebec came close to becoming an American possession on the last day of the winter of 1775.

1 Retrospective 2022: changes and championships for... 2 George Campbell and CF Montreal unite for the long... 3 Martin St-Louis does not say the bottom of his thought 4 “Unacceptable” efforts by the Raptors 5 The Ibex 35 loses 5.5% in 2022 marked by the war in... 6 UN calls for respect online in 2023 7 Your cell phone will soon be able to tell you if you... 8 Alex DeBrincat finds his bearings in Ottawa 9 The young Sabers are doing well 10 Sordid murder of four students: a suspect arrested 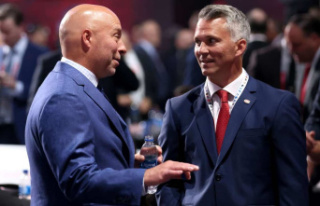 Retrospective 2022: changes and championships for...