He warns that he will not sign the agreement if he does not see a "healthy and solid" mortgage market in the future. 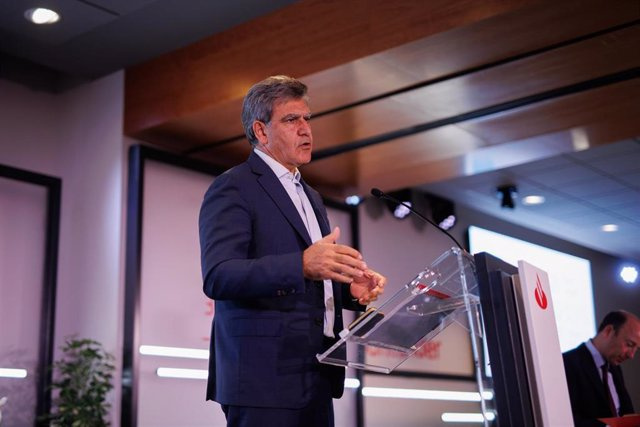 The CEO of Santander, José Antonio Álvarez, has affirmed that some of the measures currently contemplated in the agreement between the Government and the banking sector will have an impact on the provisions made by the sector, and when there is any extension or lengthening of the credit "always " moves to the provisions.

However, after his speech at the XXIX Financial Sector Meeting organized by the Deloitte company and the 'ABC' newspaper, he told the media that "small changes" could still take place in the agreement, since depending on How the refinancing is carried out at the time of the extension "may or may not have an impact on the number of provisions, and not only there, but also on the capital consumption of the mortgage business."

Álvarez has also pointed out that the percentage of mortgagees affected by the rate rise is "very low", also taking into account the lower number of variable-rate mortgages signed in recent years. "In the last five or six years, 60% or 70% of the mortgages have been fixed rate, which are the most risky mortgages because they are young. Once the mortgage has been paid off in the first seven years, then it's much easier," he said.

It has also indicated that "very technical aspects" are still being discussed, among them, what is related to the classification of credits. In this regard, he explained that once clients are classified as 'stage 3' or doubtful, they will have difficulties accessing credit in the future. "This is an issue that we have to take care of," she assured.

For his part, the CEO of BBVA, Onur Genç, has avoided commenting on the agreement to help vulnerable mortgagees or those at risk of vulnerability. "We are working", he has limited himself to pointing out to the media after his intervention. The CEO of CaixaBank, Gonzalo Gortázar, has indicated that his entity intends to help the most vulnerable.

On the other hand, during his speech at the meeting, Álvarez valued the work that banks have in the current context of economic slowdown, which consists of maintaining high solvency levels while continuing to finance the economy, and has indicated that the most stabilizing factor in economic activity will be the "success" in the fight against inflation being carried out by the main central banks.

It has hoped to reach the levels of 3% or 2% in 2023 that some of the main international organizations anticipate for 2023, although it has recalled the inflation crisis of the 1970s, when a 'shock' first occurred, that of 1973 and then a stage between 1977 and 1978 where it was thought that the inflationary period had been overcome, to then rise again in the 1980s.

Regarding the evolution of banking on the Stock Market, he has stated that the profitability of the sector "is going to rise" due to the expansion of the financial margin as a consequence of the rise in rates, although he has pointed out some factors with which the bank is going to have to deal with: investment in transforming the entities themselves, cost control and risk premiums.

With regard to risk premiums, Álvarez has indicated that investors are discounting an increase in the premium, a situation that would be affecting prices. However, the CEO of Santander has maintained that the sector "will trade at higher levels. An increase in the risk premium is being discounted, which I believe will not occur."

Álvarez has ruled out that, in the next three years, banks will continue with the consolidation process that they had registered in 2021, with the merger of large entities and that the appearance of 'fintechs' will slow down. In this sense, he explained that fewer and fewer are being registered due to a decrease in capital and liquidity available in the market.

Also with regard to the new competitors that are emerging in the financial system, the CEO of Santander has indicated that the banking sector has been "tremendously" regulated since the 2008 crisis, in such a way that banks "operate in a very narrow regulatory scheme , which the environment does not have". Therefore, he believes that this situation will tend to be regulated, at the same time that he has valued the trust that banks give to customers as an advantage over these competitors. 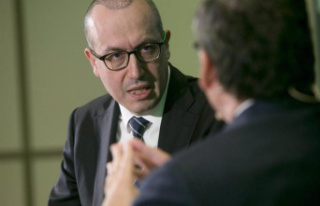 Genç affirms that BBVA will break the record for...