Tennis: the return to the sources of Félix Auger-Aliassime

After a vacation in the Bahamas with his girlfriend, Félix Auger-Aliassime made a stopover for a few days in Quebec. 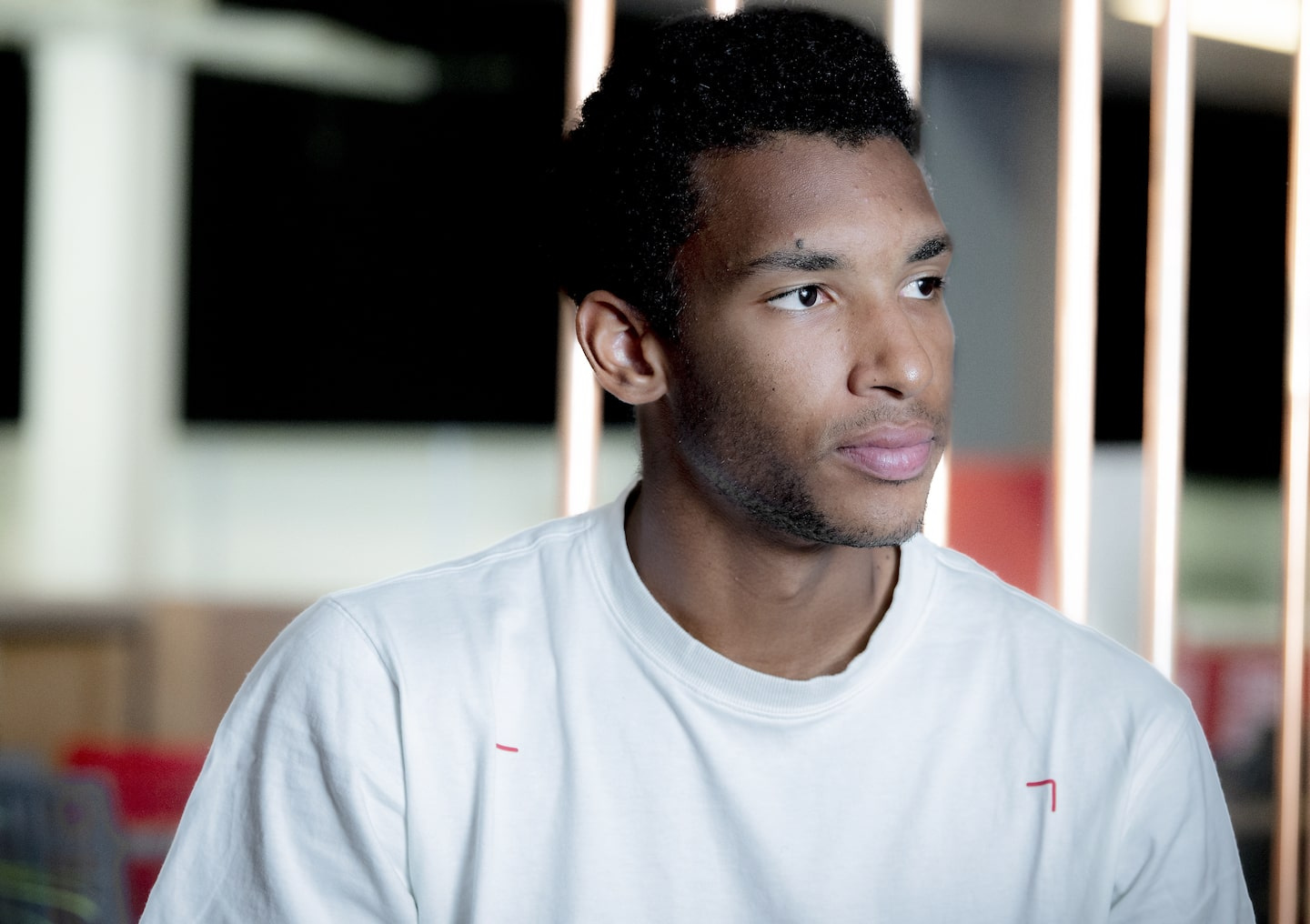 After a vacation in the Bahamas with his girlfriend, Félix Auger-Aliassime made a stopover for a few days in Quebec. We met him during his visit to the Tennis Canada facilities on Tuesday.

• Read also: Eugenie Bouchard is not registered for the US Open

• To read also: Félix Auger-Aliassime collapses at the wrong time

Despite quick defeats at the Wimbledon and Newport tournaments, the ninth player in the world was in good spirits.

In addition to granting a few interviews, he accepted a few requests for Tennis Canada's social networks. Félix was equal to himself, even though his schedule is busier than ever.

If it bothers him, it doesn't show. All this under the watchful eye of his agent, Bernard Duchesneau.

A few minutes earlier, he had the opportunity to train with his father on the central. He exchanged a few balls to get the feel of the pitch.

The Quebecer will not see this surface again until August 10, the day of his first game on Montreal soil. He is a calm athlete who answered questions from the Journal.

"This tournament is very important to me," said Félix Auger-Aliassime during our interview. In all honesty, after the Grand Slam tournaments, this is the tournament I would like to win. »

“The Masters 1000 are very important tournaments for players during the year,” he adds.

Despite the presence of several players from the world's top 10 in the main draw, Auger-Aliassime will be the most popular player in Eugène Lapierre's tournament.

When he is on the site, fans will try to snatch an autograph or a photo from him. He will be welcomed as a hero by the fans at each of his matches on the central. The script is already written.

And the expectations are high. The main interested party is aware of this. However, the 21-year-old athlete is now well equipped to deal with this type of situation.

"Earlier in the year, I handled moments of pressure very well, especially during the ATP Cup or the Rotterdam tournament," explains Auger-Aliassime. At other times, I was less able to do so. »

"Week to week, you don't know. It remains that I am the same player and I approach the matches in the same way. I try to give the best of myself. I always want to play well, but I don't want it to be something negative. In the end, like me, people want to see me win. They want to see Félix having fun and having fun, ”he continues.

Auger-Aliassime would like to go a long way in the Montreal tournament. On the other hand, he will not have a victory on a silver plate from his opponents.

The main draw will be very tough. It will be more so than Wimbledon for a specific reason.

“There are two Russians in the top 10 who were not present [at Wimbledon], analyzes Auger-Aliassime. [Daniil] Medvedev is the best player in the world. When you don't have the world number one in a tournament, it's a game changer. »

“Medvedev is the defending champion in Canada and we know how successful he is on hard courts. Daniil is still one of the favorites. Nadal is also one to watch if he stays in shape. There are also Carlos Alcaraz and Stefanos Tsitsipas to consider. The table is very strong here as in all the masters”, he points out.

A stop in Los Cabos

Auger-Aliassime and his team decided to participate in the Los Cabos tournament before the Montreal one.

This is a change from the last few years when he took part in the Washington event. However, he will be able to score fewer points in the standings (250 instead of 500) in the event of a victory in the final.

“I always liked to play the week before the Montreal tournament to have a few games in my body and some benchmarks, explains Auger-Aliassime. It's better than staying here and having eyes on me in training. In a tournament, it allows me to be in competition mode and to be a little out of sight. We picked Los Cabos, which has a weaker draw and a first-round bye. »

Auger-Aliassime will be one of the headliners along with Daniil Medvedev, Cameron Norrie and Diego Schwartzman.

Subsequently, he rented a private jet that will allow him to make the trip to the metropolis in a reasonable time.

Another proof that he did not want to miss the Montreal tournament for anything in the world.

Félix Auger-Aliassime made a jump to Quebec during his stay in the province. An important moment for the athlete before returning to the collar on the ATP circuit.

“I had not been to Quebec since 2020, says Auger-Aliassime. I returned to my childhood neighborhood [Ancienne-Lorette].

“I took the opportunity to show my girlfriend the school I went to when I was little. I also walked around the neighborhood a bit. »

“Just to see the house where I grew up and the academy [de tennis Aliassime], it was special. Quebec is not big. I saw a lot of familiar faces, people I've played with before and parents of players, ”he continues.

“It was good to go back to the club [Avantage] and see that it has evolved. It was interesting to see that there is a certain belonging that remains. »

He was born in Montreal, but he grew up in Quebec. Auger-Aliassime has not forgotten where it all began.

“These are the roots. I have some memories of Montreal. Tennis started when I was in Quebec at the age of 5. My first tournaments were there. »

“My first beautiful moments took place at Club Avantage. It brought back many good memories of going there. It was good to see the prospects who are seven or eight years old. It reminded me of the times when I was in their shoes,” he recalls.

Despite its international notoriety, the ninth racket in the world is still able to walk the streets of Quebec without being bothered.

“People are respectful. It goes well. People's outlook has changed over the past few years. For example, I went to Old Quebec with my girlfriend. I got arrested a few times, but people did it politely. They always have good things to say. It’s the same thing in Montreal,” says Auger-Aliassime.

A party on the pitch

On August 8, Auger-Aliassime will be 22 years old. He does not know if he will be in Montreal for this special day.

What does a tennis player wish for when he blows out the candles on his birthday cake?

“Health for me and my loved ones, to have good relations with them. At the professional level, I ask for success and to win as many matches as possible. It's not the most important thing. I might be home with my family that day. Since it's tournament week, there won't be anything extravagant. »

1 "Arlette": the great return of Maripier... 2 Magic Festival: Quebec, a magical city 3 Opera Festival: In the Heart of Yourcenar 4 7.1 magnitude earthquake hits northern Philippines 5 4 hours of waiting and pain 6 A placard to greet the Pope 7 Cyclist seriously injured after collision with car 8 A false step of the Capitals 9 The Fed will strike hard to pull the US economy out... 10 Overbooking: he flies away without his wife for their... 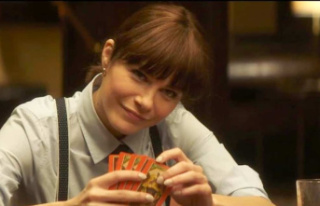 "Arlette": the great return of Maripier...